Hugo Keenan and Will Connors scored debut tries as Ireland claimed a convincing 50-17 bonus-point victory over Italy which moves them top of the Six Nations table.

A bonus-point victory over France next week will see Ireland named as the 2020 Six Nations' Champions.

Andy Farrell's side were excellent on their return to test rugby despite a sluggish start which saw Italy lead 3-0.

We rate each of Farrell's men out of a possible 10:

Stockdale looked somewhat comfortable at fullback having made the switch from the wing.
Spilt one bread and butter catch while also making an early mistake with a foot in touch after a clearance from Italy.
He made an excellent break to set up Hugo Keenan's disallowed try and got good distance from his kicks.
Topped the running metres in the clash but was caught out by Paolo Garbisi's wonderful dummy.
14. Andrew Conway - 6
Overshadowed by his fellow outside backs while Ireland's best attacks came down the other side of the pitch.
Hardly put a foot wrong while kicking well and was asked to do very little on defence.
13. Garry Ringrose - 6 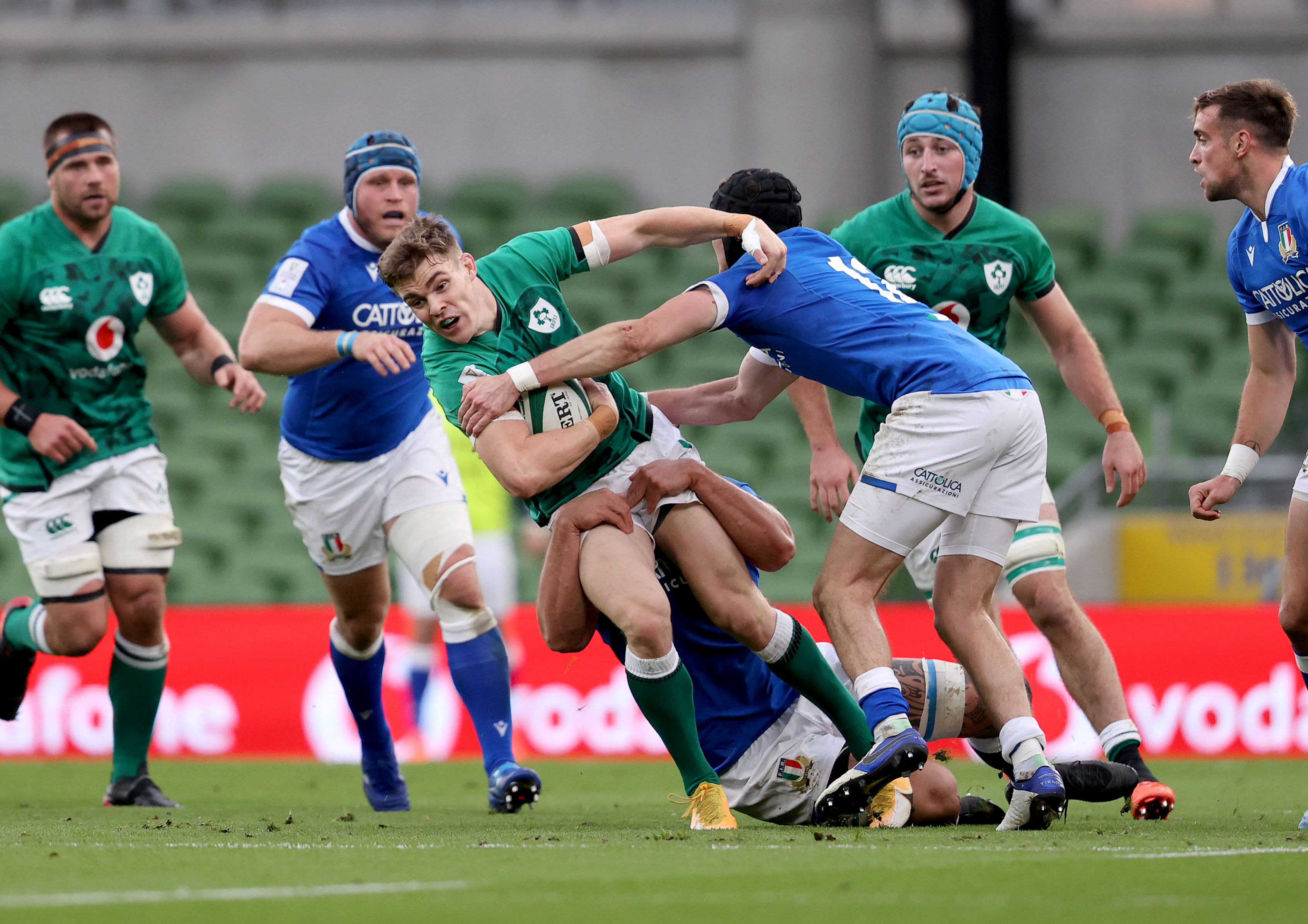 Looked set for a very high rating before he left the pitch injured.
He slotted in excellently at scrumhalf when Murray was sent to the sin bin and did well in the lead up to CJ Stander's try.
12. Bundee Aki - 7.5 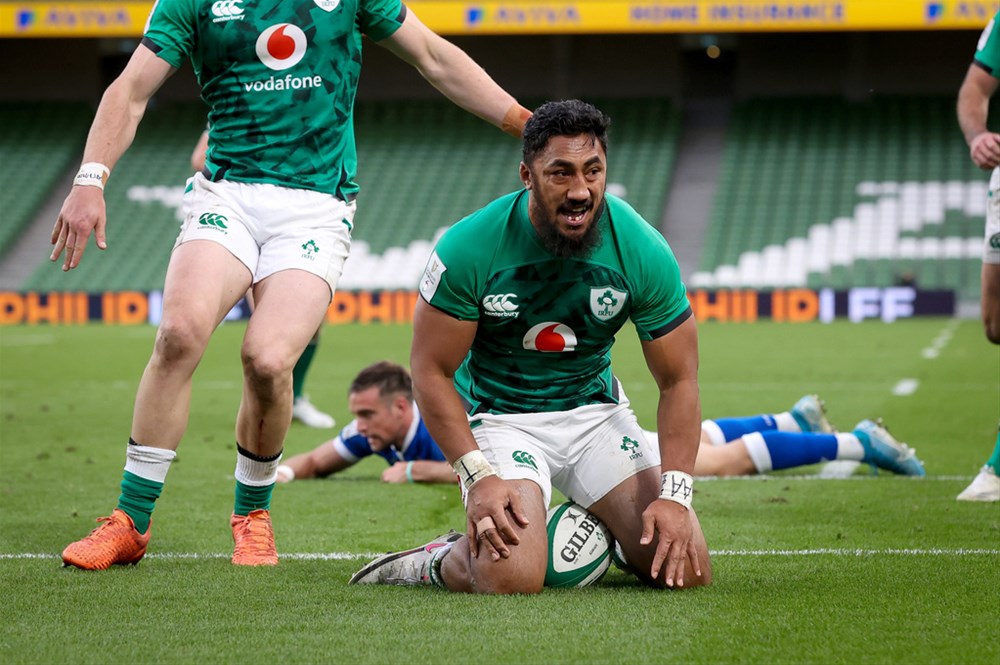 Italy will be happy to see the back of Bundee Aki.
He smashed defenders backwards with his carries, tackled well, got over the ball well and was extremely vocal throughout the game.
Over 60 metres made and 11 tackles.
11. Hugo Keenan - 8


An excellent first half where he scored a brace and had another try disallowed.
Made over 100 running metres, defended well and finished his two tries superbly.
10. Jonathan Sexton - 7 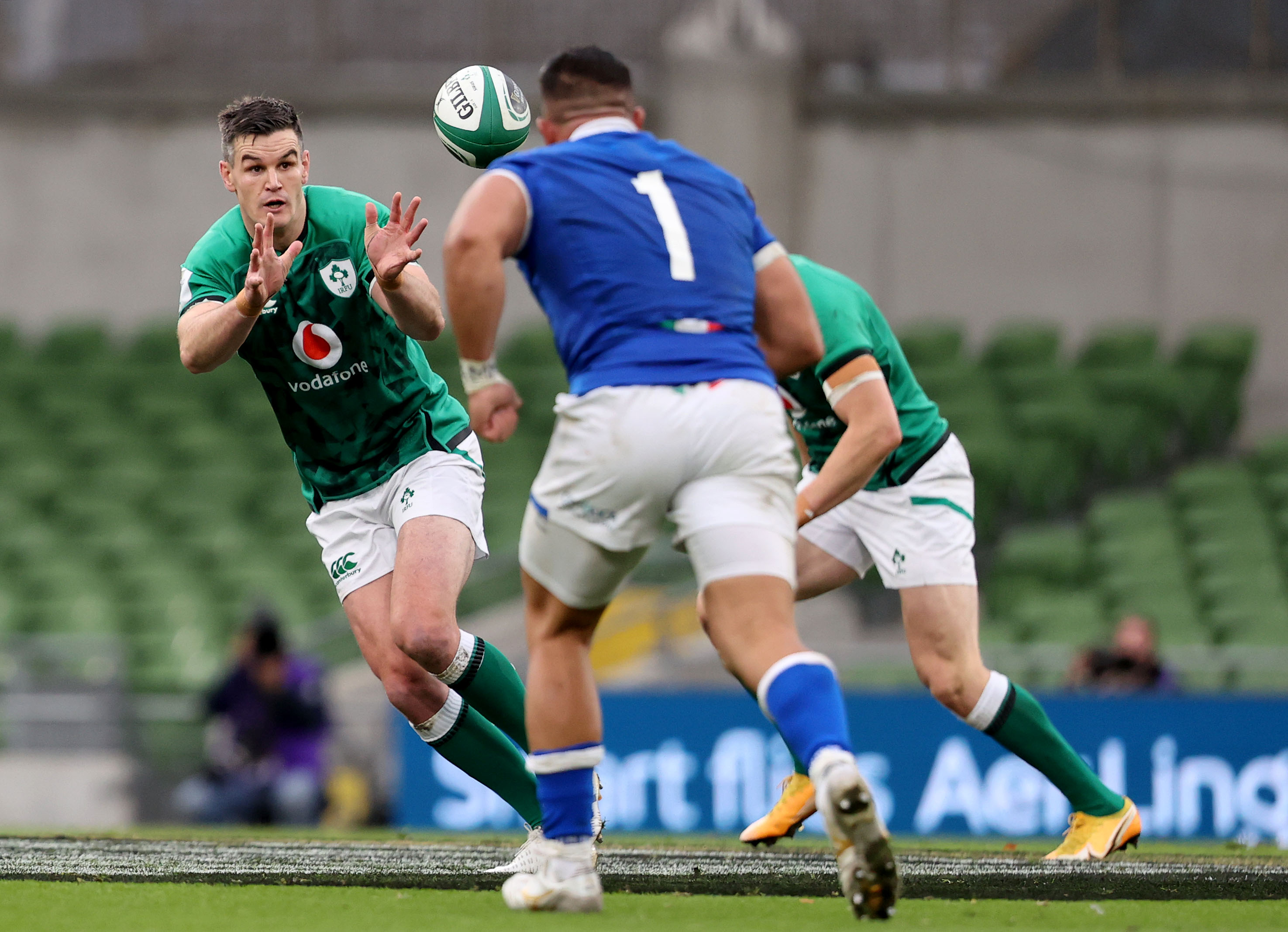 Had a few moments that he will want to quickly put behind him but overall Sexton had a solid game.
A missed conversion and a poor pass were two of his biggest errors in the clash.
He did kick well out of hand, scored a try and kept Ireland's attack ticking over.
9. Conor Murray - 7
Arguably unlucky to get an early card but his penalty did prevent an early try for Italy.
Ireland looked to kick less against Italy and Murray managed to assist two of their tries.
His kick through for Keenan's second try was superb after he went the wrong way from the break.
1. Cian Healy - 6
Solid without being fantastic. Scrummaged well missed two tackles but piled into the rucks.
2. Rob Herring - 7
Just one lineout throw went astray as he anchored the scrum for Ireland.
Made an impact on defence and in the rucks but wasn't asked to do much on attack.
3. Andrew Porter - 7.5
Made a major impact around the park winning turnovers and making big hits. Did his job in the scrum.
4. Tadhg Beirne - 7.5 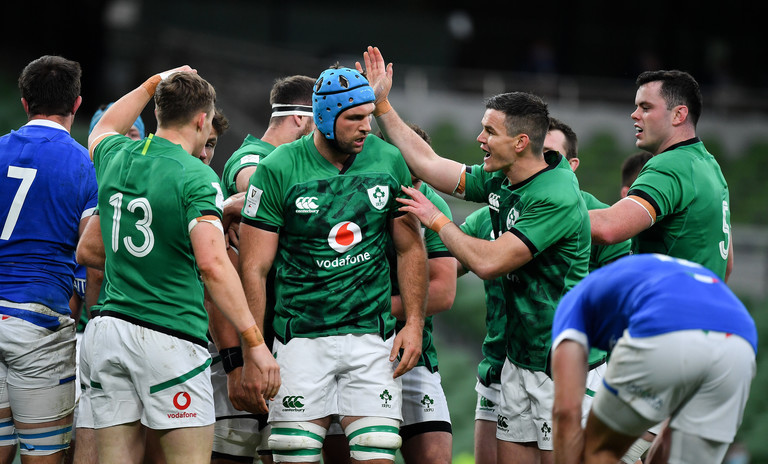 Extremely impressive performance on both sides of the ball.
His carries were strong despite making little ground while he made 17 tackles without missing.
Another threat over the ball for Ireland.
5. James Ryan - 6 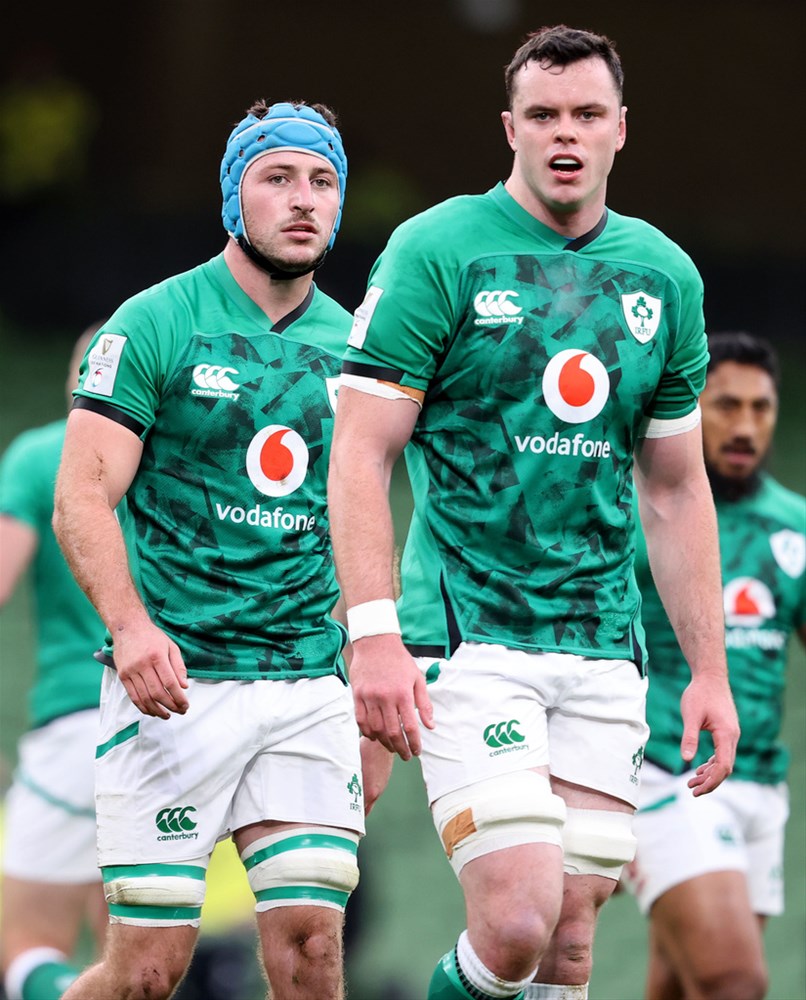 Uncharacteristic game from the 24-year-old. Just seven tackles made and four carries.
Got the job done for 62 minutes and looked to be carrying an injury.
6. Caelan Doris - 7.5
Played a crucial role in Keenan's second try. A superb all round display as he tackled and carried well
7. Will Connors - 9
A great hit that led to the turnover and run away try for Keenan's second try.
Connors will simply outstanding in his test debut and was rewarded with a try for his efforts.
His chop tackles were a joy to watch while he got over the ball well too.
8. CJ Stander - 8
An outstanding game from Stander as he continued his fine form for Ireland from earlier this year.
Got stuck into abosultley everything. He made 70 metres from his 21 carries while making a mark on defence as well.
Replacements:
16. Dave Heffernan - 6.5
Ticked all the boxes off the bench. Hit his man at the lineouts, scored a try and made all of his tackles.
17. Ed Byrne - 6
Much like Heffernan, he came on and did exactly what he would have been asked to do.
18. Finlay Bealham - 6
Quieter than his two fellow front row replacements.
19. Ultan Dillane - 6
Solid. Won a lineout and made two carries.
20. Peter O'Mahony - 7
Made an excellent offload to set up a try for Bundee Aki. But his error lead to Italy's final try.
21. Jamison Gibson-Park - 6.5
Shift and accurate service. A debut worth building on.
22. Ross Byrne - 7
Ran the attack nicely picking up from where Sexton left off.
Put in an excellent penalty kick to touch that led to a try.
23. Robbie Henshaw - 7
Slotted in comfortably in the centres. Threw a nice pass out to Keenan to score his first test try.
Threw an excellent skip pass out to Hugo Keenan for the debutant to score on his test debut.