Wallabies coach Michael Cheika has made four changes to his starting 15 ahead of Saturday night’s opening Bledisloe Cup clash with New Zealand at Optus Stadium in Perth.

Allan Alaalatoa will return to Test arena for the first time in 2019 in what caps a memorable week, after the 25-year old took out the Brett Robinson Award as Brumbies Players’ Player of the Year.

Alaalatoa is joined in the front-row by hooker Tolu Latu with Folau Fainga’a shifting to the reserves while Nic White partners Christian Lealiifano in the halves.

This will be the first Test start for White and Lealiifano as a halves pairing but the combination has a long history following several seasons as chief playmakers at the Brumbies in Super Rugby.

Utility James O’Connor will also earn his first Test start since September 2013 against Argentina in Perth, and it also marks his first start in the centres following an International career that has covered nearly every position in the backline. 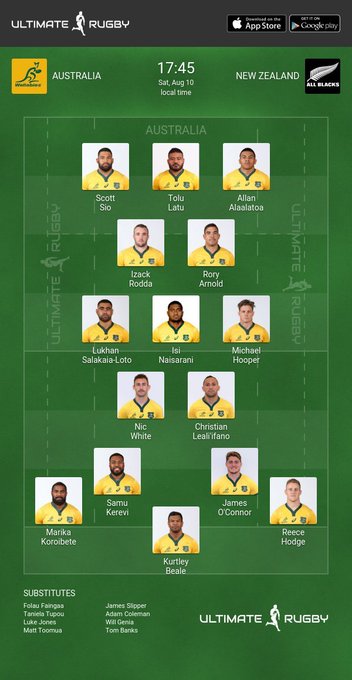 Perth has never hosted a Bledisloe Cup clash in the trophy’s 116-year history and tickets were snapped up in record time after Optus Stadium sold out more than nine months ago.