Centre Jamie Roberts returns to the starting line-up as Dragons face Ospreys in the Guinness PRO14 at Rodney Parade on Saturday.

Roberts missed the derby clash with Scarlets on New Year’s Day but makes his comeback for the first game of the year on home soil as Dean Ryan makes five changes to his side.

Wing Jared Rosser is also back in the side with Owen Jenkins moving to full back.

Lock Joe Davies is recalled to partner Matthew Screech in the second row while there is also a start for hooker Richard Hibbard against his former region.

The final change is a call-up for back row Huw Taylor who starts his first Guinness PRO14 fixture of the season.

Looking towards the final derby game of the festive period, Dragons Head Coach Dean Ryan said: “We are targeting a win after what has been a challenging five or six weeks for the group with disruption and changes.I believe in life if you keep working hard then somewhere along the line you get rewarded for it. I would love to get that through a win at Rodney Parade this weekend. We know the size of the challenge we are going to face,” he added. 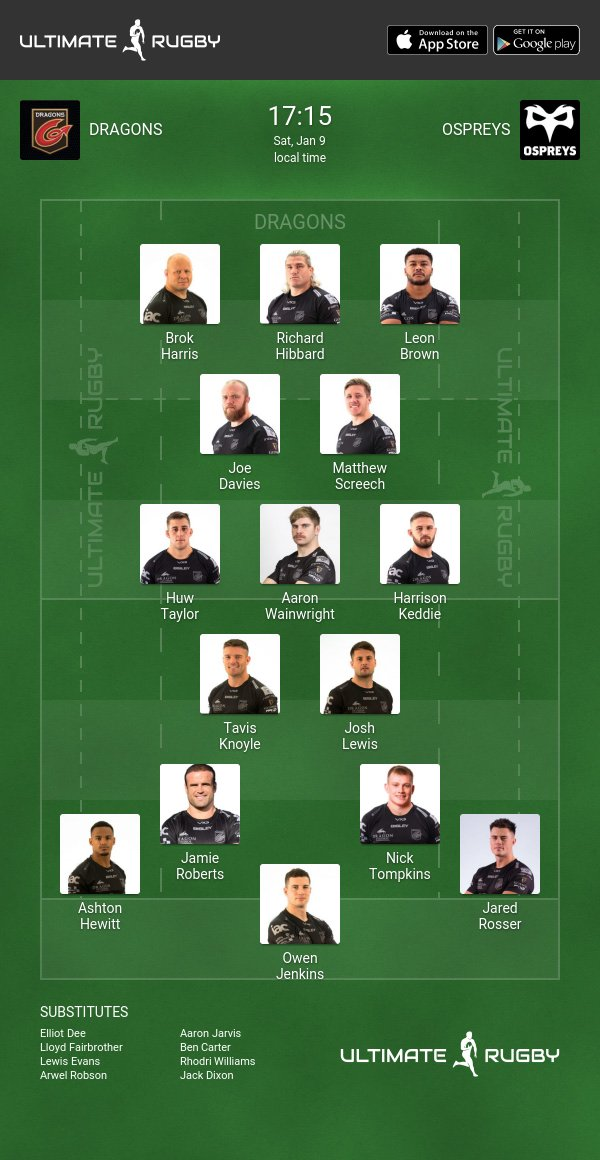