Cobus Wiese, the latest addition to Sale Sharks South African contingent is set to make his first appearance for the club this week, as Director of Rugby Steve Diamond makes eleven changes to his matchday squad to face Saracens on Wednesday evening. 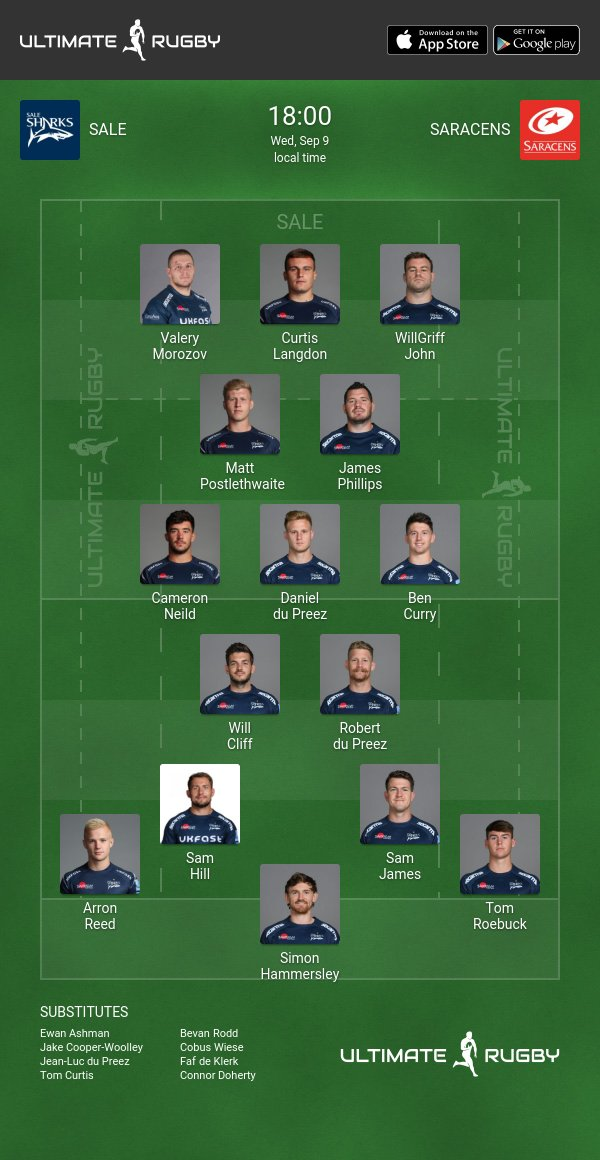 Duncan Taylor is set to make his first Saracens outing since February.

The Scotland international has recovered from injury to start in the centre alongside Argentine Juan Pablo Socino who makes his fifth Sarries appearance since joining the club.

Featuring as a replacement last time out, Tom Whiteley will take the nine shirt in Manchester, and Manu Vunipola lines up outside him at fly-half.

Tom Woolstencroft scored a hat-trick on his last match as Saracens captain and provides experience in the pack with flanker Calum Clark. 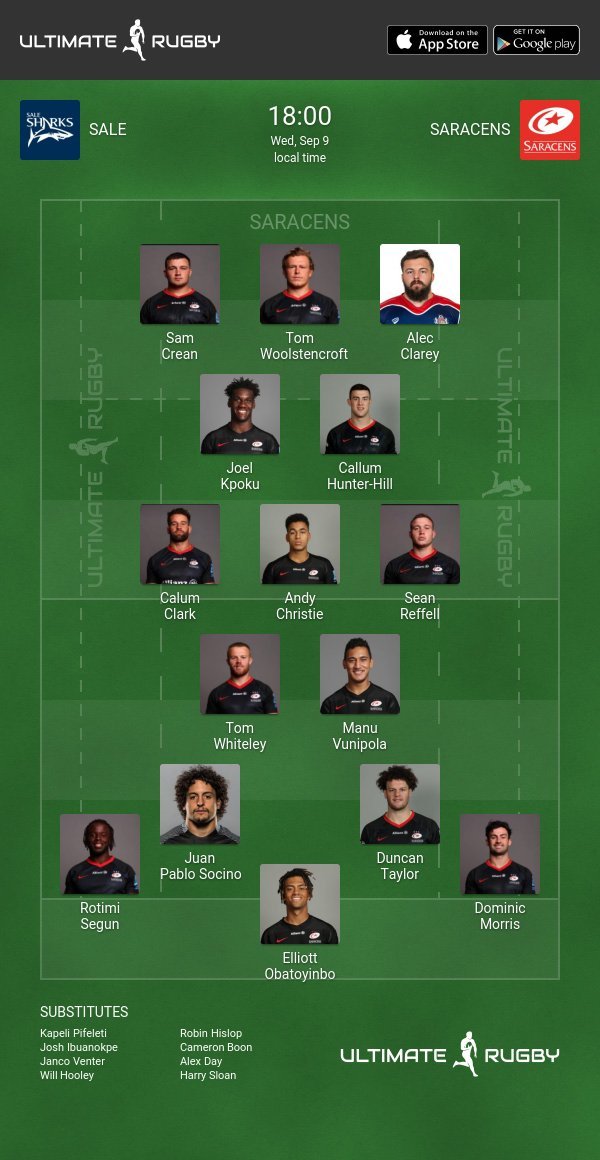