Manu Tuilagi ruled out for 6 months

England and Sale Sharks suffer a huge injury blow with centre Manu Tuilagi ruled out for six months with a torn Achilles.

The centre suffered the injury in Sale Sharks' 14-34 victory over the Northampton Saints at Franklin's Garden on Tuesday evening and he will undergo surgery next week.

Tuilagi will miss England's final Six Nations clash against Italy, which was postponed by the coronavirus crisis, and all of the autumn internationals that follow which includes the Autumn Nations Cup and the clash against the Barbarians.

The 29-year-old is also expected to be sidelined for next year's Six Nations competition.

Sale Sharks’ director of rugby Steve Diamond confirmed the blow on Thursday, with the club unable to call on Tuilagi for their decisive final Premiership round this weekend as they battle Wasps, Bath and Bristol Bears for a place in the play-offs.

"Manu will be a loss to England and Sale," Diamond said.

England boss Eddie Jones is due to announce a preliminary squad on Monday for their outstanding Six Nations clash with Italy as well as the warm-up affair against the Barbarians, before a four-game campaign in the Autumn Nations Cup that will replace the regular mid-season internationals across November and December.

The injury will also impact Tuilagi's chances of making the 2021 British and Irish Lions Tour to South Africa. The centre missed the tour to New Zealand in 2017 due to injury after featuring on the successful tour to Australia four years prior. 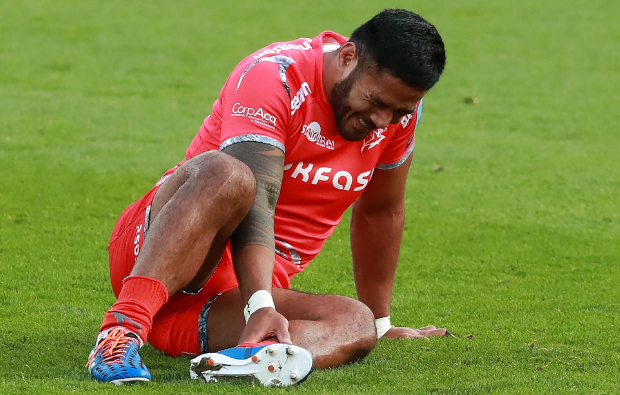