Match Preview: Bath vs Gloucester - Round 21

As the day slowly unfolds, a storm brews in the west country as Round 21 of the Premiership is set to explode onto screens with a first-up scrap of huge significance in the context of English rugby.

While Bath enjoy a good 19 point lead on the overall standings ahead of Gloucester, such technicalities will be pushed to one side as the Cherry & Whites invade The Rec. this evening to commence battle with arch-rivals Bath, honouring a tradition going back over one hundred years.

It will be the second time these old foes lock horns in the current competition, the first clash taking place in Round 8, where Gloucester, methodically and determinedly, set about executing the downfall of their opponents in front of a delighted and vocal Kingsholm crowd.

The game was pleasing to the eye, with passing and running skills manifesting themselves to good effect as the best of both sides spilled out onto the pitch.

Gloucester pushed themselves into a late surge, crossing the line twice more to put the game out of Bath’s reach with a final score of 29-15.

Some fantastic match-ups are simmering below the surface as the anticipation of the game breeds.

Up front, the wonderful all-round skills of Gloucester’s Jake Polledri will be tested against the tireless work-rate of England international Sam Underhill. Bath will be sure to miss the talents of regular number 8 Zach Mercer, however, Taulupe Faletau is an asset to any team. 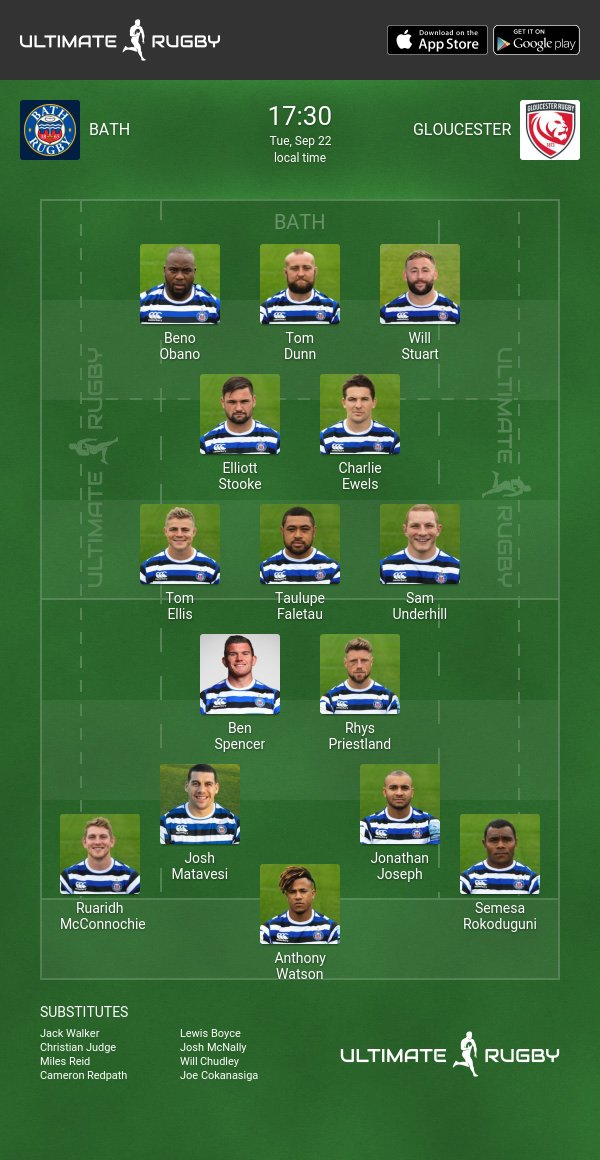 In the backs, Gloucester derive huge benefit from the cool head of scrumhalf Willie Heinz at the base of the rucks while the likes of Johnny May, Ollie Thorley and Billy Twelvetrees will be champing at the bit to rain down fire on rivals Jonathan Joseph, Anthony Watson and Ruaridh McConnochie. Gloucester will be without the enigmatic Danny Cipriani in this this one. with Lloyd Evans sporting the number 10. 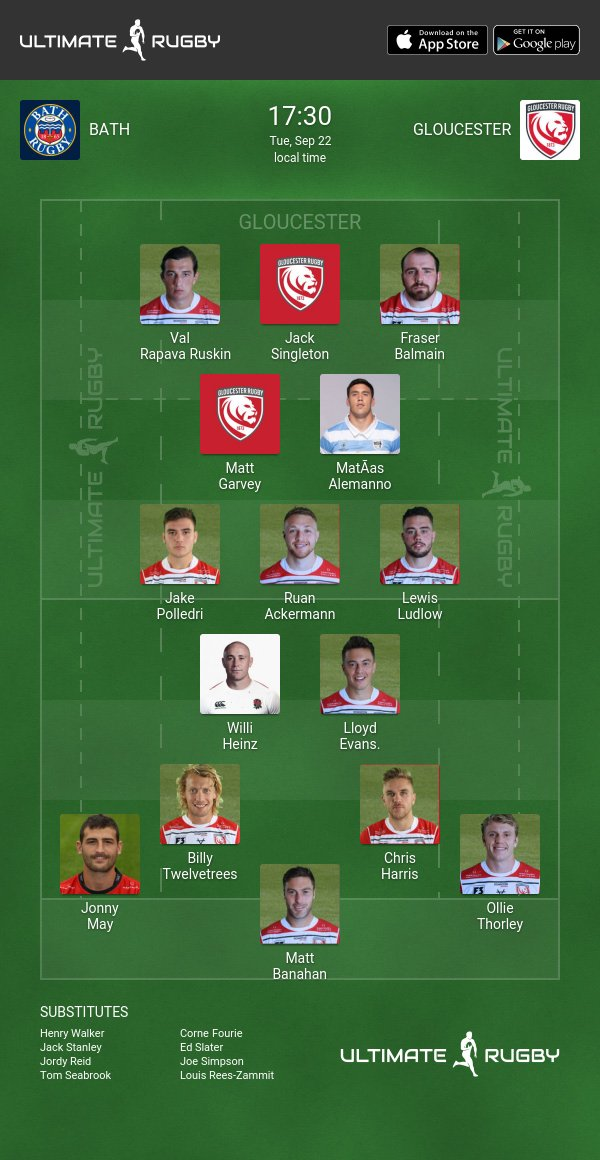 A particularly enticing scenario awaits fans as Bath stalwart, Matt Banahan, who served the club for twelve seasons and 251 appearances, will take the field in the cherry & white colours this evening – still a somewhat unpalatable sight for Bath supporters.

A replication of the Round 8 performance by these two outfits would raise the bar to a high level for the remainder of Round 21.