Navidi returns as Cardiff travel to Belfast for Ulster challenge

Dai Young’s Blue and Blacks return to competitive action for the first time in five weeks, having claimed a dramatic win over defending champions Leinster last time out.

Academy product Navidi, who was selected for the British and Irish Lions last summer, has been sidelined since October after suffering a shoulder injury in the opening minutes of the league encounter with Vodacom Bulls.

Navidi is part of an all-international homegrown back row, with James Botham handed the number eight jersey. Ellis Jenkins is named on the blindside, having been released from the Wales squad for this weekend’s action.

Loosehead prop Brad Thyer is set for his first Cardiff appearance of the season, forming the front row alongside Kirby Myhill and Dmitri Arhip.

Lloyd Williams and Jarrod Evans link up at half back with Rey Lee-Lo and Willis Halaholo reunited in midfield.

A back three of Aled Summerhill, Owen Lane and Hallam Amos complete the starting line-up. 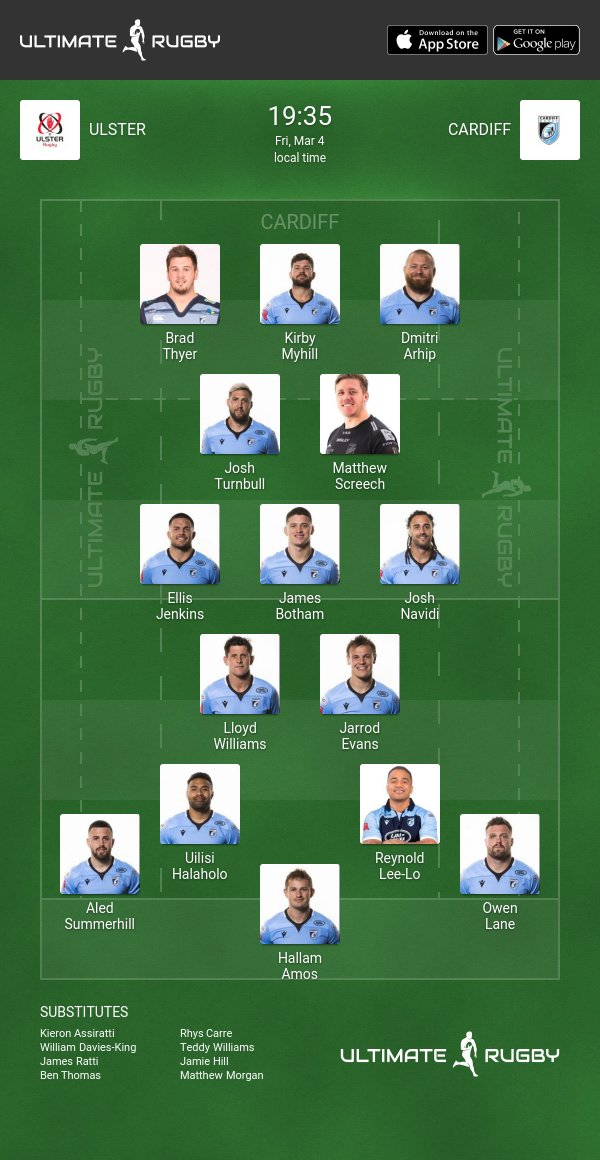