Brumbies coach Dan McKellar has made nine changes to the starting XV for Saturday's round eight Super Rugby AU blockbuster against arch-rivals the NSW Waratahs at GIO Stadium.

2018 Junior Wallabies halves Ryan Lonergan and Bayley Kuenzle will partner together for the first time in Brumbies colours, after Lonergan made a successful return to the playing field from the pine two weeks ago.

96-Test front rower James Slipper slots back into the starting side after missing the side's last match against the Melbourne Rebels and is joined by pathway product Connal McInerney, who earns his first start at hooker of the new competition. Skipper Allan Alaalatoa will again hold up the tighthead side of the scrum.

The second row sees Murray Douglas and Cadeyrn Neville combine for the first time in Vodafone Super Rugby AU, with the latter making his return to field after recovering from an ankle injury.

A new backrow in 2020 has vice-captain Lachlan McCaffrey at blindside flanker, with the dairy farmer form Berry, Will Miller at openside and the dynamic Pete Samu at no.8.

In the backline, Irae Simone will again wear the number 12 jersey and will be partnered by powerhouse, Solomone Kata, who gets his first chance in the centres after playing on the wing so far in 2020.

Tom Wright celebrates re-signing with the club earlier this week with a return to the starting side and will be joined by the Andy Muirhead and fullback Tom Banks in the back three.

Promising local youngster Lachlan Lonergan has forced his way back into the match day 23 as replacement hooker with Wallaby Scott Sio and another Canberra product, Tom Ross the finishing props.

For the first time in 2020, McKellar has gone with a 6/2 split on the bench with Darcy Swain, Rob Valetini and Tom Cusack providing the remaining cover in the forwards.

Wallabies Rugby World Cup number nine Nic White is in line for his first match in Brumbies colours since 2015 and his 68th overall for the club after re-joining the squad in July following five seasons in France and England. The elusive Len Ikitau rounds out the matchday 23.

Brumbies coach Dan McKellar said: "It's really exciting to see some individuals who have worked hard and performed well get an opportunity this week."

"We pride ourselves on our depth and having a whole squad mentality here at the Brumbies and we're confident we've picked the best side to get the job done on Saturday night.

"The Waratahs appear to be full of confidence coming into this game and to say we're excited for the challenge would be an understatement." 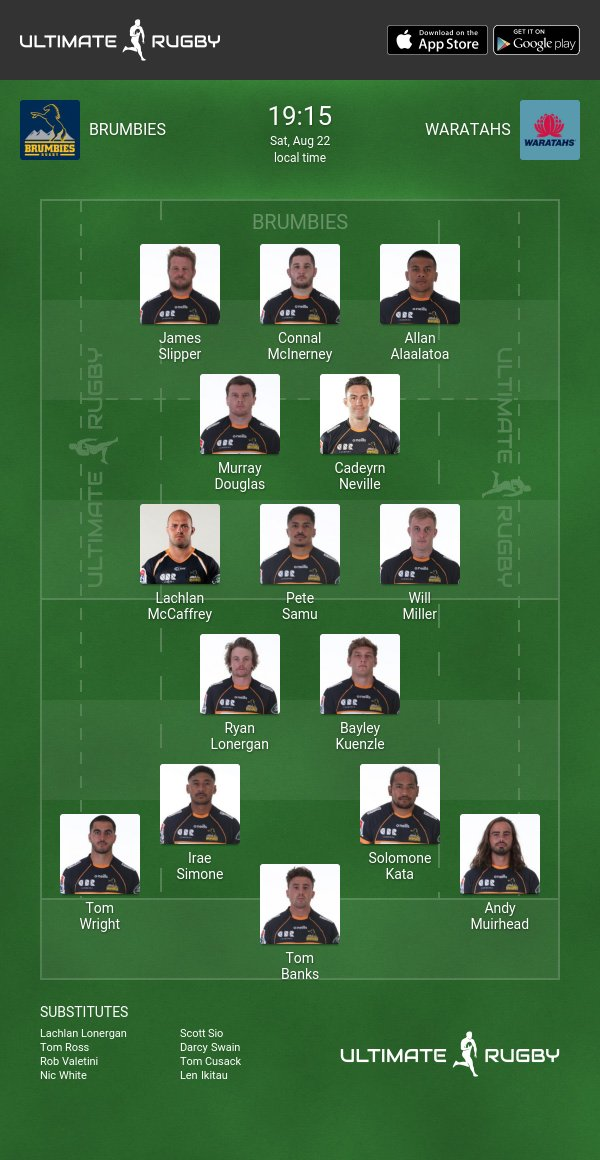