A total of 40 players have been selected to prepare for the match against French Barbarians and the three summer tests against Tonga, Fiji and Japan.

The touring for the Pacific Nations Cup 2018 and Japan test will be finalised later.

The extended squad for summer tests features 23 forwards and 17 backs. Jaba Bregvadze will put on the Lelos jersey for the first time since he moved to the Japanese Super Rugby franchise Sunwolves. Uncapped RC Jiki centre Revaz Jinjikhadze features in the squad as well.

Among the 23 forwards, there are 19 overseas players - 15 from playing in France and single players from Japan, England, Wales and Russia.

Tamaz Mchedlidze will join the team after a whole year since his last appearance for The Lelos. The ranks of backs include 2 players from France, 3 - from Russia and 12 - from the Georgian top tier Premiership.

"We have named an extended squad list for the June window due to the fact that we have so many injuries and players who are returning from injury but have yet to play any rugby for some time.

“We are giving those players every opportunity to show the coaches they are ready to play international rugby. However, we intend to name the official squad of 33 players at the beginning of next week that will travel to Fiji and Japan as we have the French Barbarians that Thursday" – Milton Haig. 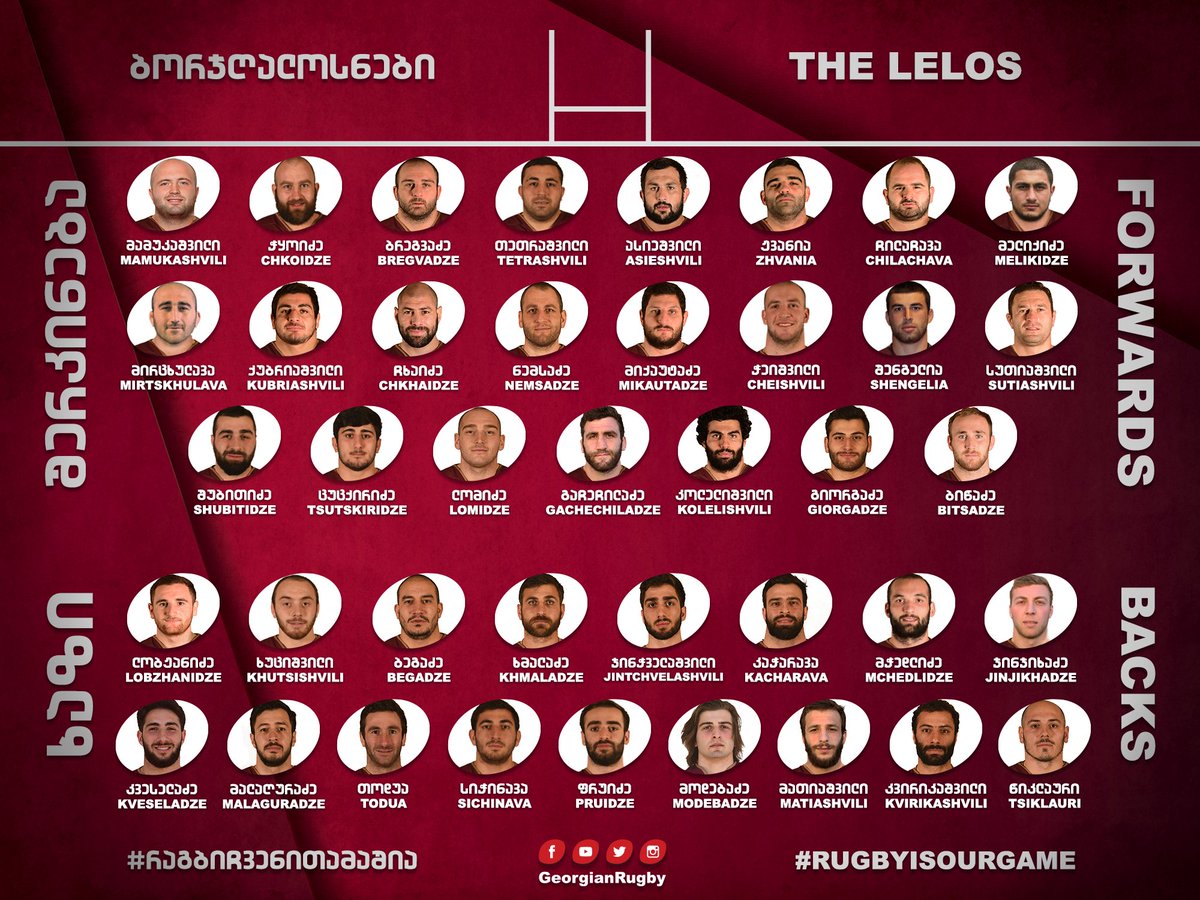