During the action-packed Round 5 which took place last weekend, a particular player clad in yellow caught the eye with an industrious performance.

Ngani Laumape, standing 1.78m and weighing 97kg, proved himself a handful for the Highlanders’ defence with regular bursts of power and pace.

Laumape is currently enjoying his fourth season with the Hurricanes and the Wellington-based franchise has reaped the rewards of the livewire centre’s presence in the backline. 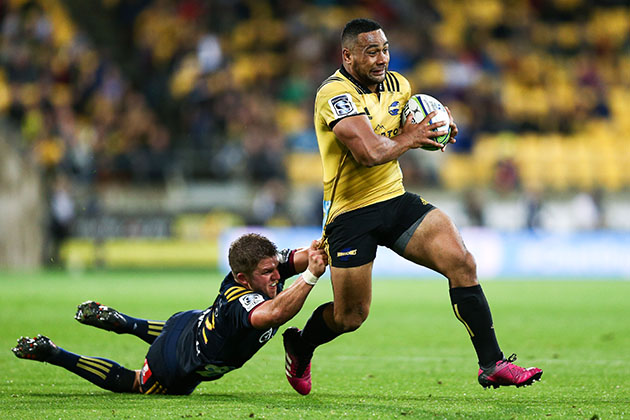 During round 5, Laumape made 20 carries, yielding a total of 88 metres – a significant contribution to his team’s attacking prowess on the day.

After a stint in rugby league, Laumape’s conversion to union dovetailed with his involvement with the Hurricanes, making his debut against the Brumbies in 2016.

He soon revealed himself as something of a try-scoring machine, dotting down 15 times in 2017 and equalling Ben Lam’s record of scoring four tries in a match against the Blues in 2018- an effort which he will, no doubt, like to remind himself of as he takes the field this coming weekend to tackle the men from Auckland in Round 6.

Whilst not amongst the tallest of players in the modern era, Laumape’s lack of height supplies his elusiveness with extra lethality. During Sunday’s game, he managed to evade 9 Highlanders defenders and execute 4 clean breaks.

The Hurricanes will be looking to avenge their Round 1 defeat to the Blues when they square up to them this Saturday. The Blues will be hurting after their maiden loss in the tournament and would do well to put a strong emphasis on closing down the opportunities for Laumape, if they can.