Pocock to captain Wallabies on his return to test rugby

Wallabies flanker David Pocock will captain Australia on his return from injury in Saturday night’s Test against Samoa at Bankwest Stadium in Western Sydney.

Pocock’s return to fitness is a major boost for the Wallabies with the Test against Samoa to be the last hitout for the side ahead of Rugby’s showpiece event in Japan.

A timely return ahead of the #RWC2019

The flanker is one of several experienced campaigners included in the starting 15, including Test centurions Adam Ashley-Cooper, Will Genia and Sekope Kepu.

Both Genia and Kepu have confirmed their retirement from Test Rugby at the end of 2019, ensuring Saturday’s clash is their final appearance on home soil.

Reserve hooker Tatafu Polota-Nau will join the pair in the hanging up his boots for Australia, with the 14-year Test veteran also confirming his retirement from International Rugby following the tournament in Japan.

Wallabies hooker Tatafu Polota-Nau said: “It's awesome to see the depth of hookers in Australian Rugby grow from strength to strength, in particular the gentlemen that have been selected, so much that it's resulted in me missing selection for Japan. However, i'm pleased that I can contribute by helping to prepare the lads before they take off on their biggest mission.

“I've been very fortunate to wear the Gold jersey for as much as I have, and have cherished every single opportunity that I have worn it.

“I want to take this opportunity to thank every person that has been involved with my Rugby journey, both in the game and away from it. It's definitely been a privilege to take the field knowing I have represented them to the best of my ability, regardless of the result.

“It's quite fitting that, likely, my last international game will be at Bankwest Stadium, where it all began for me with the Western Sydney Two Blues. I do hope in the near future that the game I've been fortunate to help grow and love, can have a big impact within this region for the sport to grow,” Polota-Nau said.

While Polota-Nau’s Test career will come to a close at the end of 2019, Rob Valetini is set to start his. The Brumbies backrower is set to become Wallaby 929 after being named on the bench by Michael Cheika.

Saturday’s Test at Bankwest Stadium will be just the sixth clash between the two proud Rugby nations, and the first meeting since Samoa’s shock win at ANZ Stadium in 2011.

Three of Australia’s starting 15 for Saturday have Samoan heritage, including starting hooker Jordan Uelese who is a Chief in his village of Aufaga in the southeast of Upolu Island.

The 22-year old was honoured with the Chief title of Segiali’i Jordan Uelese last year, following his exploits with the Wallabies on the International stage. 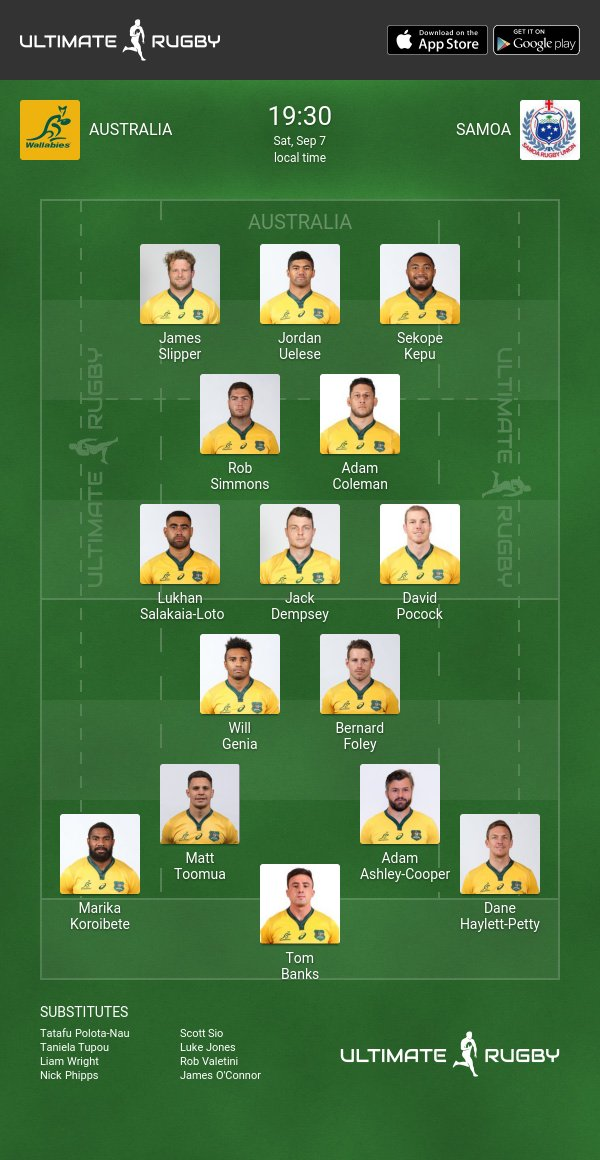