It is the final round of the group stages from the Allianz Premier XV's. All five games will be played on Saturday and all but one kicking off at 14:00 with Exeter Chiefs Women vs Gloucester-Hartpury Women kicking off at 18:00.

The Semi Final teams have been confirmed with Saracens hosting Loughborough Lightning while Harlequins and Wasps will fight out to see who finishes 2nd on the table after this weekends action.

The hosts are rooted at the bottom of the log with just one win this season and take on a Quins side in 2nd place just six points off Saracens. 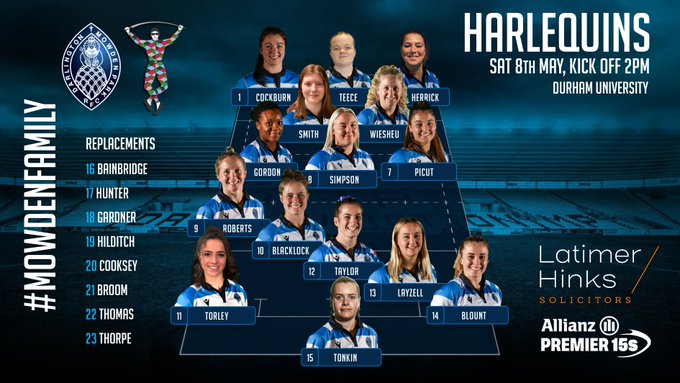 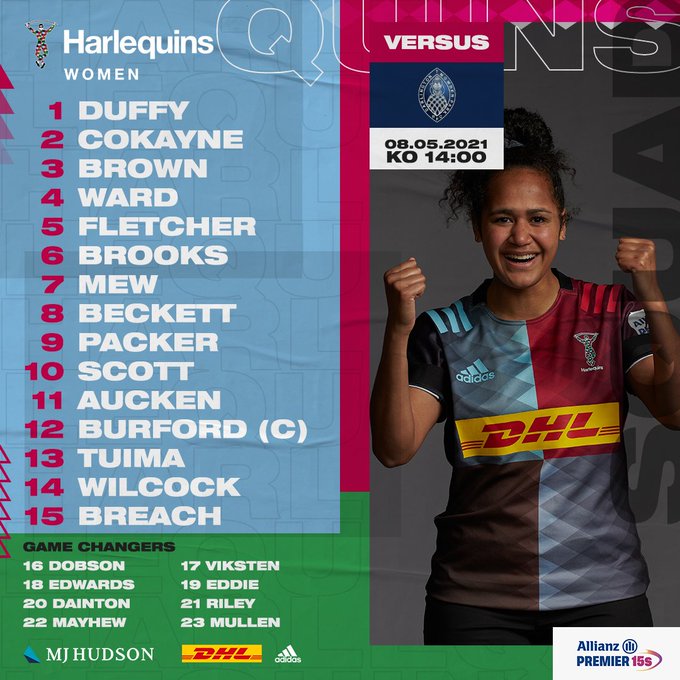 Loughborough Lightning v Sale Sharks Women
4th placed Lightning will stay in that position on the table regardless of a win or a loss but they face a Sharks side hopeing to leapfrog the Bristol team in 8th place on the log. Sale will be lead by  Beth Stafford who today announced she re-signed with the club until 2023
Where to watch: Premier15s.com 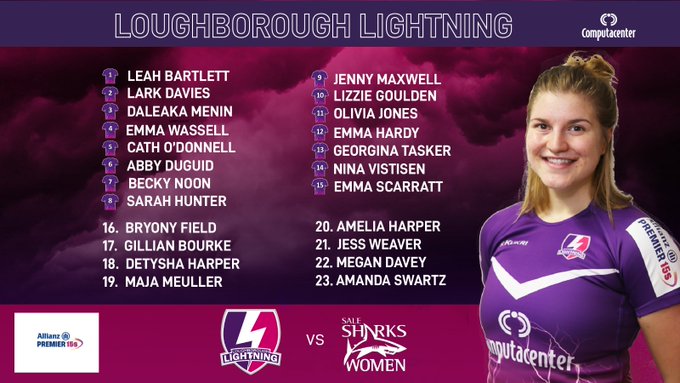 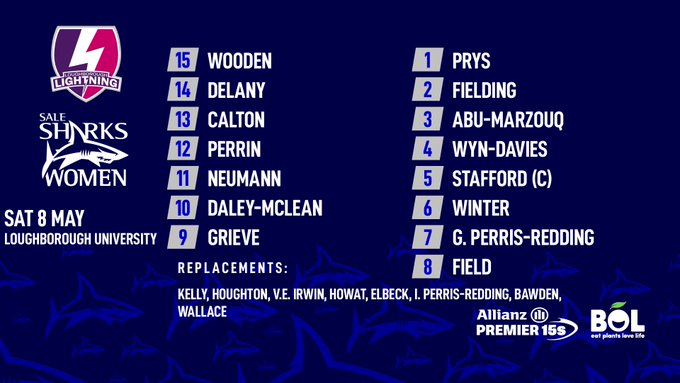 Wasps FC Ladies v Bristol Bears Women
Wasps will be eyeing out the Quins side just two points above them as they host 8th placed Bristol Bears. Mather has named 11 changes to the starting line up for Wasps. For the Bears Ella Lovibond makes her first start and Georgia Newman makes her full debut on the wing
Where to watch: Premier15s.com 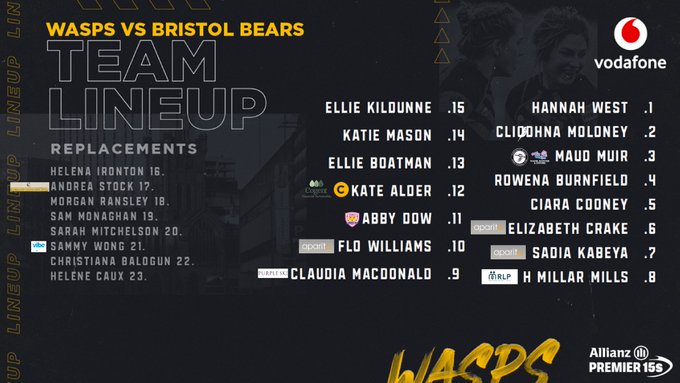 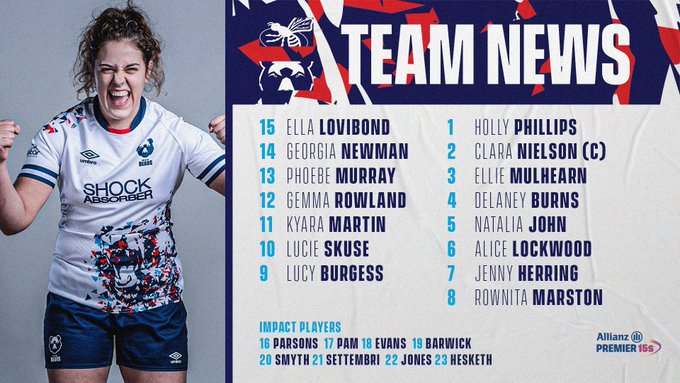 Worcester Warriors Women v Saracens Women
The hosts are unable to move up or down the table regardless of the result as they face two time reigning Champions and log leaders Saracens. Cleall, Packer & Harrison are all back from Six Nations for the visitors
Where to watch:
Warriors YouTube
Warriors Facebook
Premier15s.com 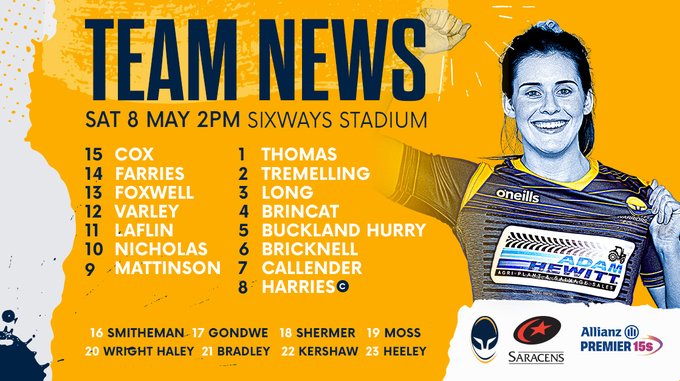 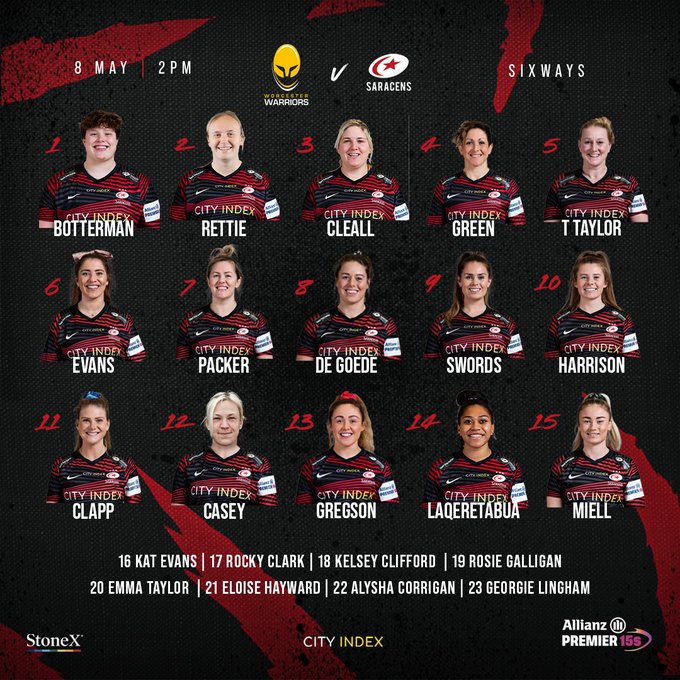 Exeter Chiefs Women v Gloucester-Hartpury Women's RFC
The final game of the day and regular season could see the visitors jump the hosts into 5th spot with a win. England star Zoe Aldcroft returns for Gloucester-Hartpury while a victory for Exeter would mean that Susie Appleby’s side would have beaten every team in the league in their inaugural season.
Where to watch: Premier15s.com 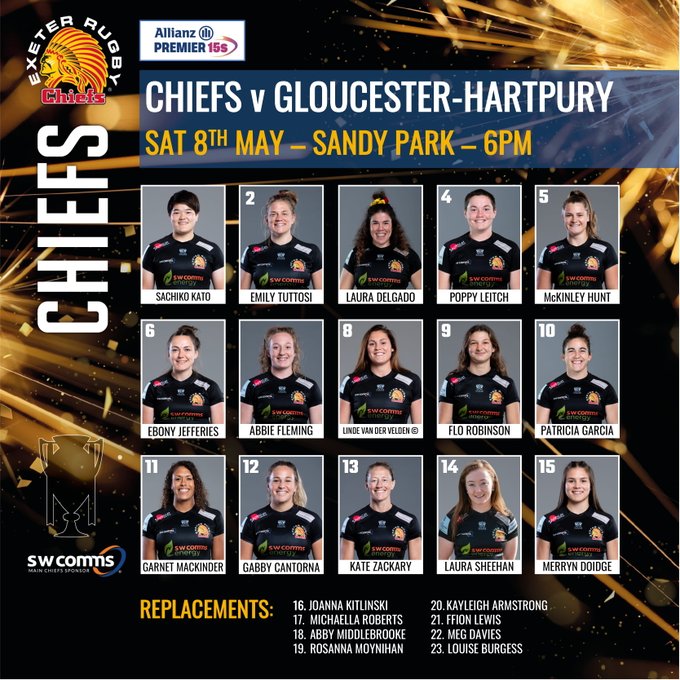 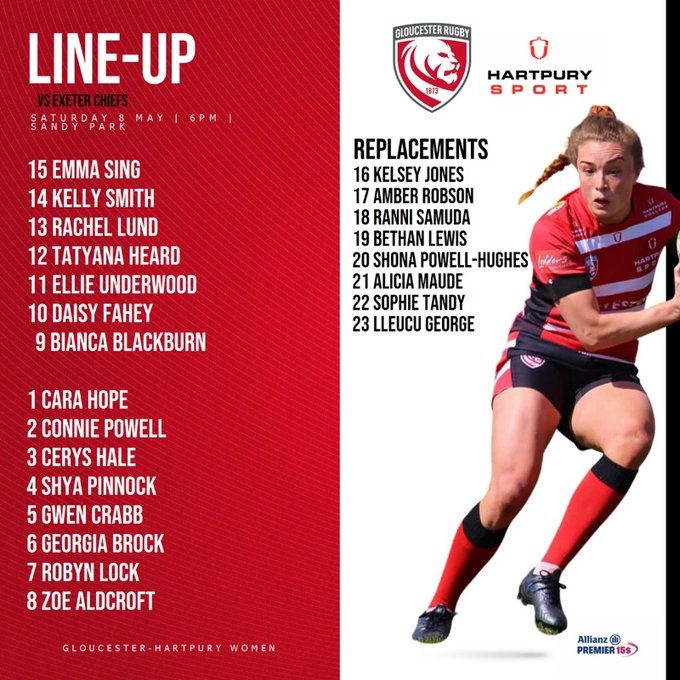