The round will conclude with Warriors battling it out with Saracens at Sixways.

Both teams were victorious in the last round, both posting a total of 40 points against their opponents (Worcester against London Irish and Saracens putting one over Exeter).

Saracens have had a disappointing Premiership in that they are set for relegation as a result of the salary cap debacle. Their European campaign also came to a grinding halt last weekend when they lost out to Racing 92 in the semi-finals. To add insult to injury, they are currently without star fly-half Owen Farrell through suspension, though Alex Goode has filled his shoes admirably.

Worcester have also not enjoyed their best season, winning only 6 of their 20 games and occupying ninth spot on the overall standings.

If the last clash between the teams is anything to go by, Warriors will be in for a tough time as they were comprehensively thrashed 62-5 at Allianz Park. Warriors had no answer to Saracens’ relentless attack, the latter running in ten tries before the final whistle brought the rout to an end.

With both teams playing for pride as this year’s tournament draws to a close anything is possible, though one cannot ignore the feeling that, despite Warriors’ home-ground advantage, this one is Saracens’ for the taking. 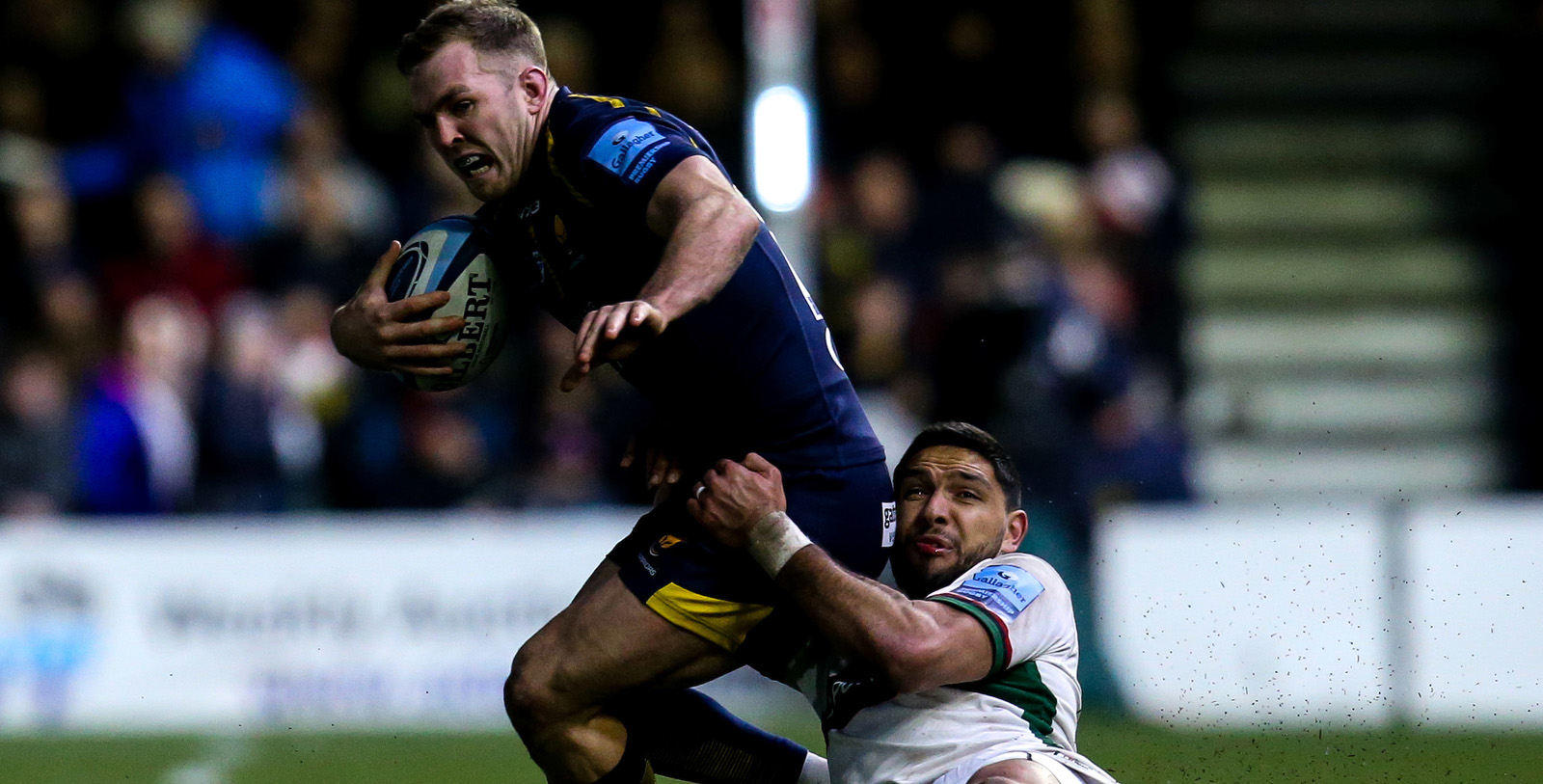 Wing Perry Humphreys will return to action for the first time since the 2019/20 Gallagher Premiership season resumed against Saracens at Sixways on Wednesday.

Humphreys suffered an ankle injury in an inter-squad training match a week before the season resumed in August and aggravated it in training earlier this month.

But he has now regained full fitness and replaces Tom Howe, who suffered a knee injury at London Irish, as one of four changes to the starting XV.

Ollie Lawrence, who scored two tries when he came on as a replacement against Irish, starts in place of Francois Venter who has been ruled out by a hamstring problem.

Billy Searle will start at fly-half with Justin Clegg called up into the second row in place of Graham Kitchener who is recovering from a stress fracture of the foot.

Humphreys will become the 44th player used by Warriors since the resumption and that number is likely to increase to 46 by the end of the Saracens match.

Former Bristol Bears lock Joe Batley is set to make his delayed Warriors debut as a replacement having overcome the foot injury he sustained last month. 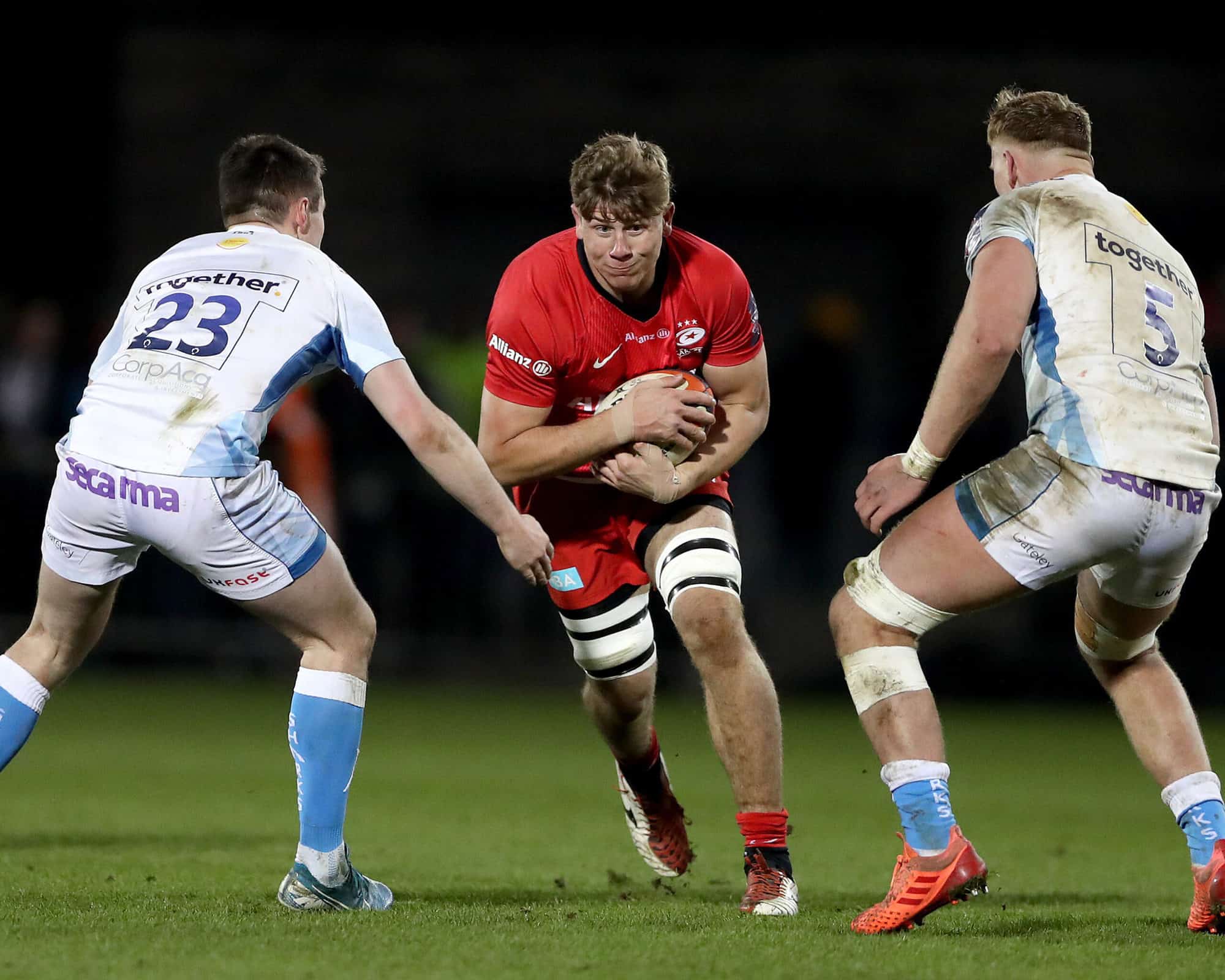 The Senior Academy back-rower has one senior cap to his name after making an appearance in the Premiership Rugby Cup earlier this season and will make a full outing from openside flanker at Sixways.

Wing Ali Crossdale returns following a spell on the sidelines and is joined in the back three by 14-try man Rotimi Segun and USA international Will Hooley.

Manu Vunipola will play fly-half at a ground he earned his first Saracens start last term and will have scrum-half Tom Whiteley and inside centre Juan Pablo Socino either side of him. 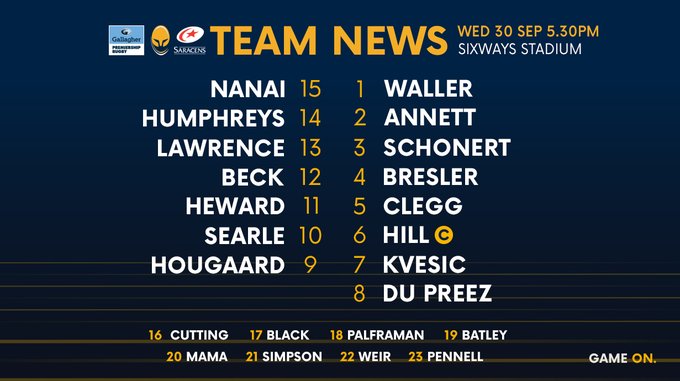