The second Welsh derby of the round sees Ospreys host Dragons at the Liberty Stadium. Ospreys will welcome the opportunity to avenge their Round 10 defeat to the same rivals when they ended with the score at 25-18.


It was an exciting encounter with Dragons leading at the break but Ospreys taking over the reins of the game in the second stanza. However, Dragons dug deep in the closing stages to steal the game out from under their opponents’ feet.

Both sides are hovering around the same section of the Conference A with Dragons in fifth position on 22 points and Ospreys behind them in sixth position and on 15 points. 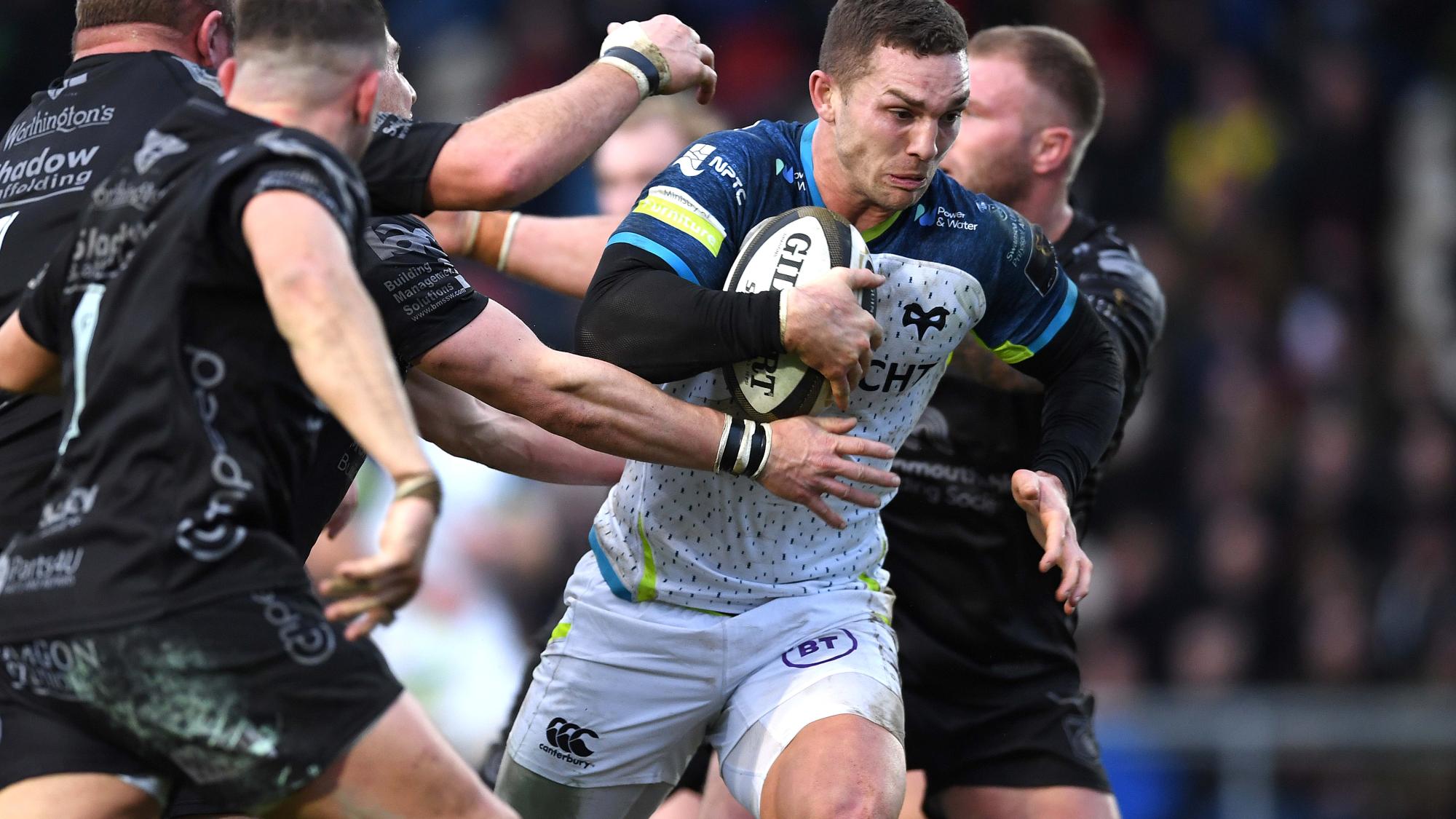 Ospreys' try scoring machine Dan Evans makes a welcome return at fullback, linking up with two Welsh international wingers in George North and Luke Morgan, both of whom offer terrific pace out wide. The young midfield pairing is nothing if not exciting, with Kieran Williams, who raised more than a few eyebrows with his deceptive pace and power, lining up alongside international Owen Watkin.

Summer signing and experienced Northampton outside half, Stephen Myler, will link up for the first time with returning Osprey legend, Rhys Webb. It's a half-back combination that boasts plenty of experience between them, and they'll be looking to marshal the troops outside them.

There's no lack of power in the pack, especially in the front row with Nicky Smith and Tom Botha packing down at loosehead and tighthead respectively, either side of the imposing figure of Sam Parry at hooker. It's a familiar looking, all-international second row, as Adam Beard packs down shoulder to shoulder with the world-renowned Alun Wyn Jones.

If the tight five is packed with power, then the back row is as dynamic a trio as you'll find in Welsh rugby. Young Morgan Morris, just 21 years of age, made a lasting impression in his previous outings, and is entrusted with the number eight jersey once more. Guarding the blindside is tackling machine Olly Cracknell (who is the top ranked tackler in the Guinness PRO14 with 171 tackles); while inspirational Ospreys captain Justin Tipuric will no doubt make his presence known on the openside.

Wales international centre Tompkins, a summer recruit from Saracens, and lock Maksymiw, who joined from Connacht, are part of a new-look Dragons side who face competitive action for the first time in 170 days.

Fly half Sam Davies makes his first return to his former region and will captain Dragons. He is joined at half back by Tavis Knoyle who makes his 50th appearance for the Men of Gwent.

Tompkins is paired with Jack Dixon in the centre while Owen Jenkins and Ashton Hewitt provide the firepower out wide.

Dafydd Howells is named at full back and makes his first appearance since November last year.

Hooker Richard Hibbard will pack down with props Brok Harris and Leon Brown up front while Maksymiw joins Matthew Screech in the second row.

Flanker Ben Fry, who signed a senior deal with the region last month, makes his full Guinness PRO14 debut alongside Tane Basham and Ross Moriarty in the back row.

🔥 Rhys Webb is back at the Ospreys! 🐉 Nick Tompkins set to make his debut #PRO14 #OSPvDRA