The Blues head to Melbourne for the clash against the Rebels at AAMI Stadium on Saturday evening.

The team will honour experienced midfielder TJ Faiane, who returns to earn his 50th cap, the seventh-highest capped Blues player in the current squad. The 25-year-old will make just his fifth outing of an injury-affected season but is a key link player on attack and organiser on defence.

The other team honour goes to No 8 Hoskins Sotutu who will earn his blazer in his 20th appearance, which is an impressive effort for the 22-year-old. He and fellow All Black Rieko Ioane are the only players to have started in all 10 games this season after appearing in all-but four games of his debut season in 2020.

“We have freshened up after Super Rugby Aotearoa and excited about this new competition,” said head coach Leon MacDonald. “The squad are looking forward to flying to Australia and to take on a different team with a different style in a different city

“There is an element of the unknown but that is what is exciting them and us as coaches.

“We have been watching the Australian games and been impressed with the speed of the game and the attacking play.

“One of the key challenges this year has been discipline with referees and now we will face new referees and no doubt a different take on the same laws, so we will need to adjust quickly.”

MacDonald said the team has the opportunity to start again in a new competition and he has challenged them to be more accurate and clinical in their execution.

The team want to build throughout the 80 minutes, with a powerful look to the bench that includes three All Black forwards in Ofa Tuungafasi, Nepo Laulala and Akira Ioane.

Twenty-year-old Zarn Sullivan earns a second start at fullback after an impressive debut, while his fellow Auckland teammate AJ Lam, with two tries against the Chiefs, gets his first start on the left wing, with Caleb Clarke back with he All Blacks Sevens training squad.

The team return on Sunday to prepare for next week’s special Triple Treat, with the All Blacks Sevens and Black Ferns Sevens playing their Australian counterparts in two games each before and after the Super Rugby Trans-Tasman clash between the Blues and Waratahs at Eden Park on Saturday May 22.

The Blues team is: 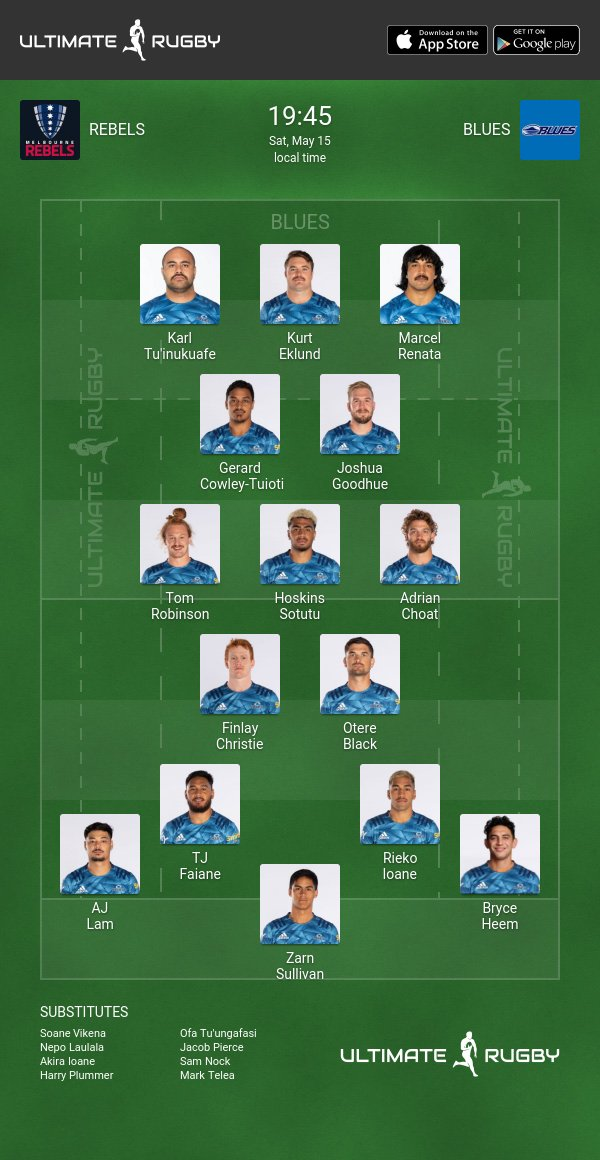