The top two go head-to-head in a game that has no bearing on the RWC 2019 qualification process but a match that will affect the Rugby Europe Championship standings with Spain able to claim top spot with a victory.

The Lelos are on a six-game winning run against Spain dating back to 2012, with Spain have never won in Georgia in nine attempts, a 22-20 defeat in 2008 being the closest they have come.

Georgia has named a strong side as they look to go one step closer to reclaiming the title from Romania. Centre David Kacharava will draw to within one cap of equalling Merab Kvirikashvili’s Georgian record of 108 test appearances.

The only changes to the backs coming at scrum-half and full-back with Vasil Lobzhanidze wearing the nine jersey while Ioseb Matiashvili steps in for Beka Tsiklauri at 15. The two changes to the pack see Shalva Sutiashvili and Giorgi Tkhilaishvili come into the side. 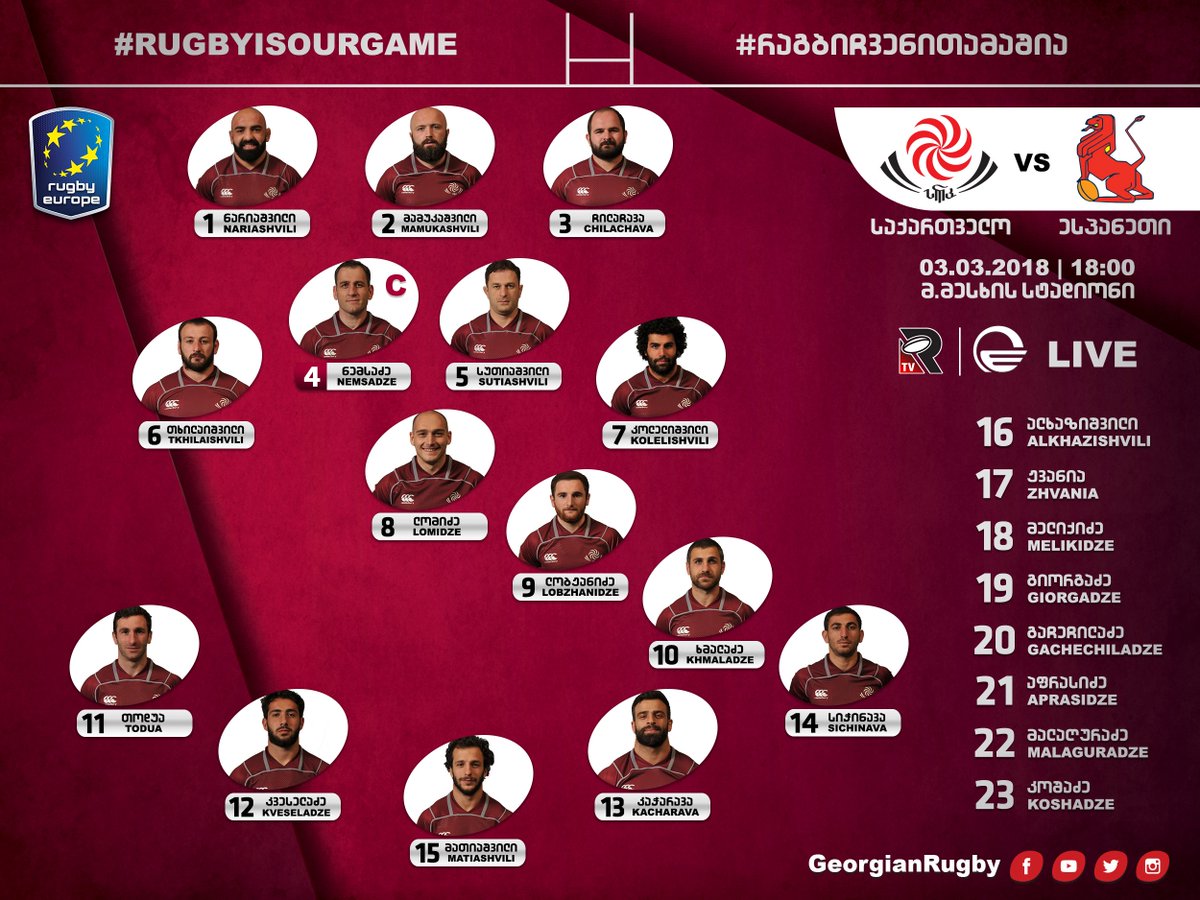 Spain have decided to rest several of their frontline players with the key RWC 2019 qualifiers against Belgium and Germany in mind. Jesus Moreno Rodriguez is the only survivor from the pack that took on and beat Romania last time out, while in the backs only Sebastien Rouet and Dan Snee survive. 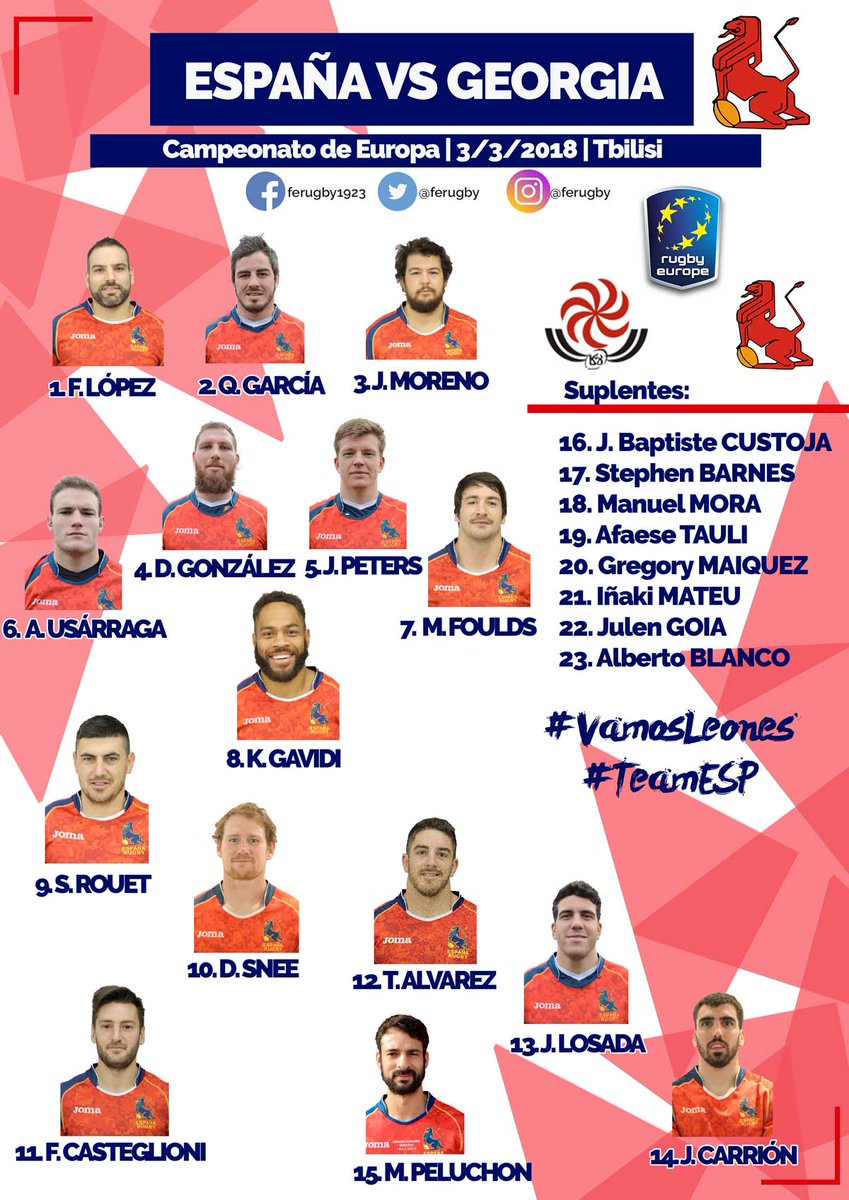