Head coach Simon Middleton has named his England Women’s team to play Italy in their second Pool A Six Nations match this weekend.

Captain Sarah Hunter is in line to earn her 124th cap, her first international action in 13 months following a lengthy injury lay-off.

Helena Rowland and Megan Jones are the starting 10-12 combination while Leanne Riley continues at scrum half. Vice-captain Emily Scarratt retains her place at outside centre.

Prop Hannah Botterman could make her first England appearance of the season while Zoe Harrison is also among the finishers. 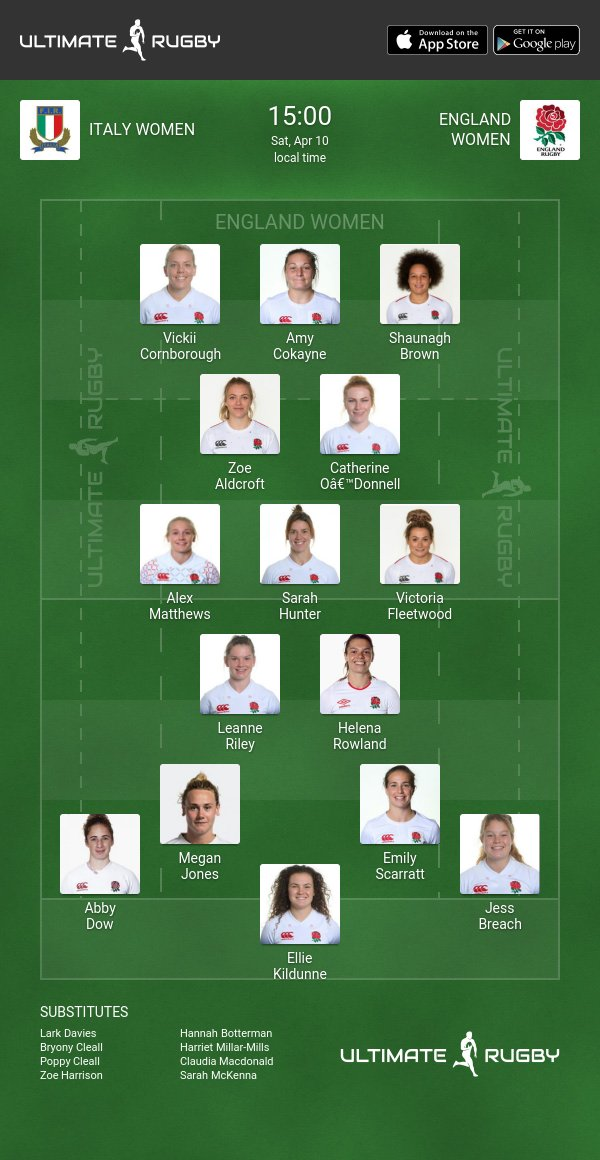