The clock is counting down to the final of the world’s oldest domestic rugby competition; the Currie Cup.

The South African rugby scene has been ravaged by the Covid-19 pandemic and the season has seemed never-ending, but its culmination is finally in sight and will, hopefully, take the form of a good spectacle.

The final will be played out at Loftus Versveld in Pretoria for the first time since 2009 between the Bulls and Sharks, whose rivalry in this competition goes back to 1990, when Natal [Sharks] won the coveted trophy for the first time at the same venue.

Much like this weekend’s game, the Sharks were given little chance as they travelled from Durban, under the guidance of the legendary coach Ian McIntosh, to Pretoria to tackle the mighty Bulls (Northern Transvaal, as they were then known). What transpired was a thrilling encounter which saw Natal winger Tony Watson dance his way over the try-line in the closing stages of the game to secure an historic maiden Currie Cup victory in Natal Rugby’s centenary year.


“It’ll be another hundred years before Natal win the Currie Cup again,” said a dejected Naas Botha, Bulls and Springbok fly-half, after the game. His prediction was somewhat off, as the Natalians hoisted the trophy again in 1992 and again in '95 and '96.

This week, Bulls’ boss Jake White commenced with mental side of things in the press conference, subtly goading Sean Everitt and his charges into adopting the running game which worked so well for them during Super Rugby, but which failed the Lions in the semi-final last weekend.

“There is rain forecast for (the final), but it’s (at) altitude. The reality is that the coastal teams (meaning the Sharks and WP) have to come here,” White said earlier in the week.

“And if they’ve seen how the Lions played, and they play like that, then it’s good for us – as neither of them have played like that the whole year.

“I’m hoping that (the Sharks) come here and try and run from side to side, because altitude and the conflict of the styles obviously creates opportunities for us.

“We defended well against a side who tried to go from side to side. I’m expecting them to be a little bit more direct – maybe to kick a lot more.

“We’ve beaten both of those sides (Sharks and WP) twice this year, and that’s a great place to be to control your destiny in your own stadium.

“I just want us to enjoy the week. We haven’t played in a final for a long time, and the last time, we lost (in 2016 against the Cheetahs).

“I’ve got to find some ways to get the energy up. I want them to finish what they started by winning the final.”

The Bulls have performed admirably in this competition; they have won the most matches, boast the best points difference and scored the most tries (35). After that effort, one can imagine the eagerness they must feel to cap it all off with a victory in the final, though there is still much to be done in the 80 minutes to guarantee such an outcome.

As confident as the Bulls are justified in being, the Sharks have cultivated an impressive away record in Currie Cup finals with five of their eight titles being won away from Kings Park; 1990 in Pretoria, 1992 and 1996 in Johannesburg, and 2013 and 2018 in Cape Town.

There are a number of significant individual battles to look forward to on Saturday. Firstly, in the packs, scrum time will be interesting with the Bulls’ powerful loose-head prop Lizo Gqoboka testing himself against the Sharks’ powerful tighthead Thomas du Toit while, on the other side, the ever-impressive Ox Nche will have to handle Springbok Trevor Nyakane. On the side of the scrum, young Dylan Richardson in the Sharks colours has been an exciting find and is not afraid to get his hands dirty and shed some skin in his pursuit for the rugby ball. He will, however be checked by the no-nonsense Marco van Staden who regularly shows immense skill at the breakdown.

Perhaps the most noteworthy match-up of the game will be found in the fly-half channel, where Curwin Bosch (Sharks) and Morne Steyn (Bulls) both seem to be playing the best rugby of their respective careers to date. South African finals rugby are not often pretty affairs and the kicking games of both sides will be more than likely have a heavy bearing on the end result. Making things more interesting here will be the fact that both Bosch and Steyn’s boots have appeared on song lately while their vision and competence while attacking with ball in hand has been exciting to witness. 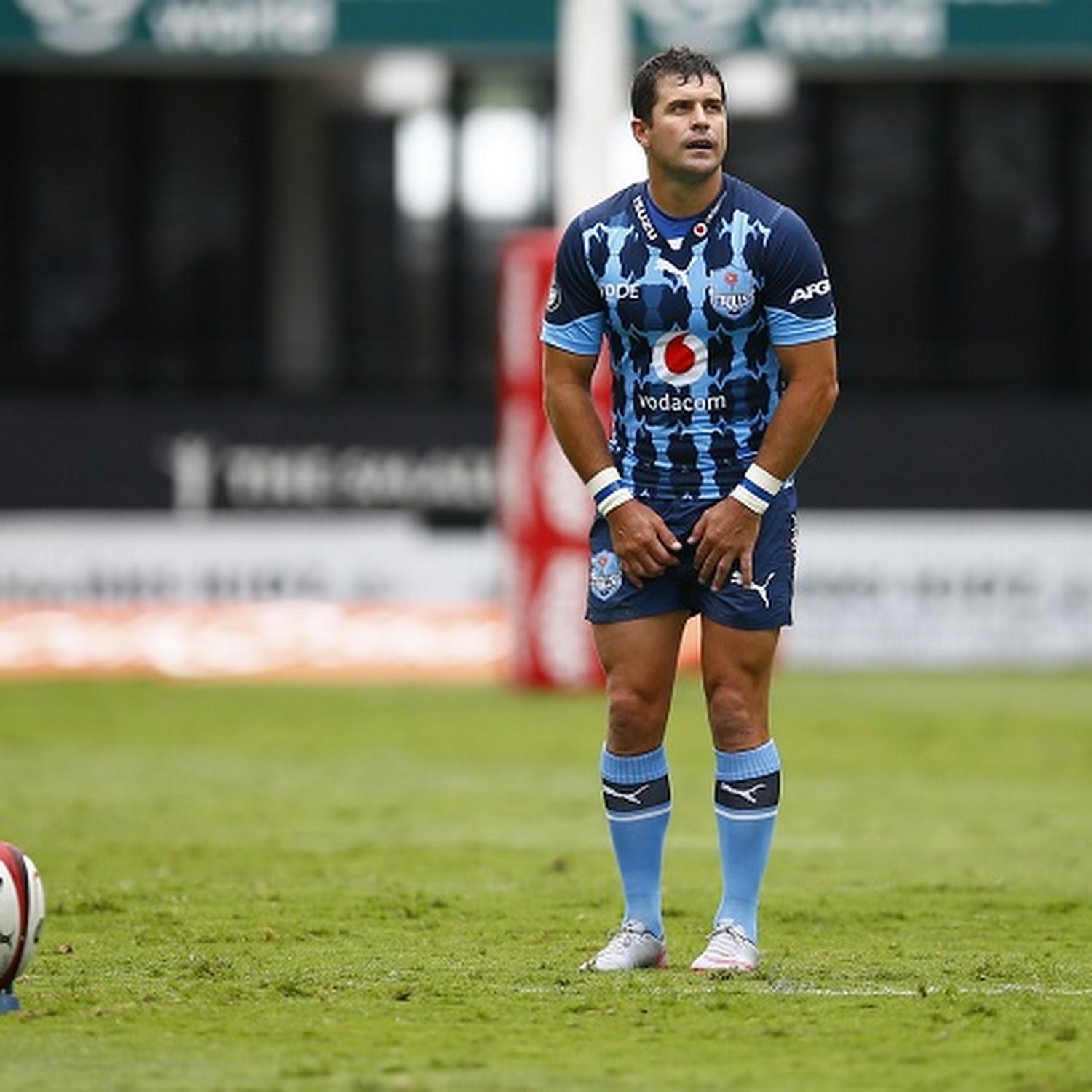 In a move which may have raised some eyebrows, Sharks coach Sean Everitt favoured usual bench-warmer Jaden Hendrikse over regular starter Sanele Nohamba in the number 9 jersey in the only change to the starting line-up from the Sharks semi-final against Province. Nohamba left the field with a niggle during the semi-final against Western Province last weekend and Hendrikse took full advantage of the opportunity and turned out an eye-catching performance.

“Jaden is a good decision-maker around the base of the scrum,” Everitt said.

“He’s a good defender who’s even turned over some balls at the breakdown.

“His main attribute is how he manages the game. He’s got a good box kick and he really conducts the traffic well. "He’s deserved his spot; he’s shown some good form. He wasn’t the [2019 junior Springbok] player-of-the-year for nothing, so he’s got a tremendous amount of talent and he’s got experience in big games.

“We just feel that Jaden is on top of his game at the moment and Sanele will bring the energy off the bench.”

Thus, as we gear up for the fourth Currie Cup final duel between these two sides, it is difficult to know what to expect. The Bulls have a right to the title after a very successful season, but, to earn it fully, they must first put away a Sharks side which, traditionally, has shown a potent mix creativity, wiliness and steely resolve when the gold-&-black trophy glistens on the touchline.

The forward battle should be immense in both set-piece and broken play, while fans can look forward to two very capable backlines testing each others’ limits. All in all, the board is set with the right pieces to give this illustrious competition the conclusion it deserves. 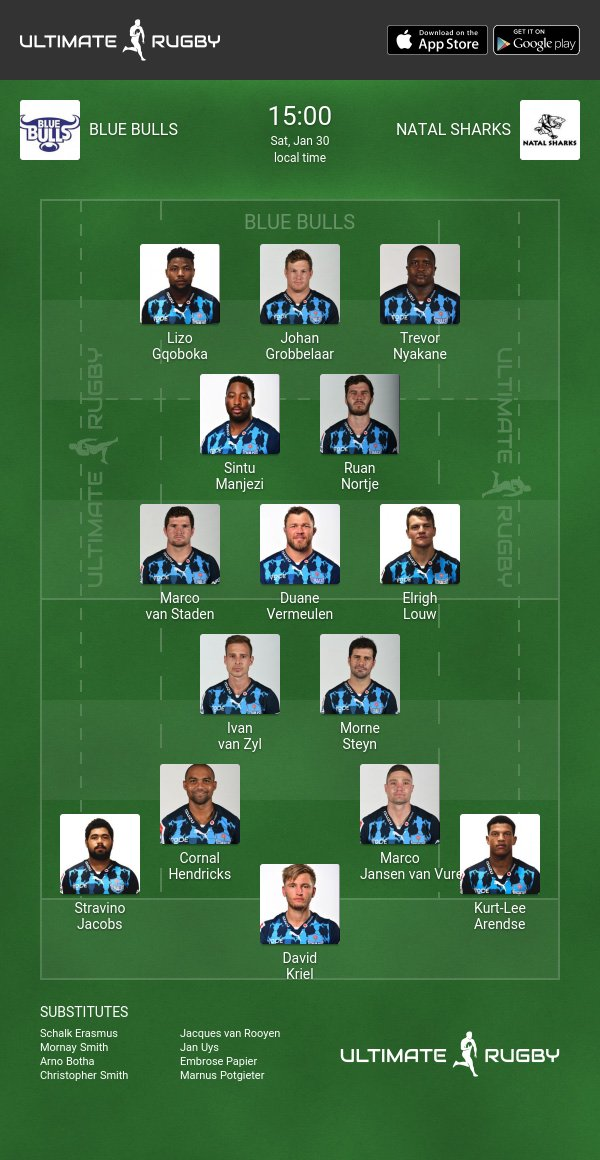 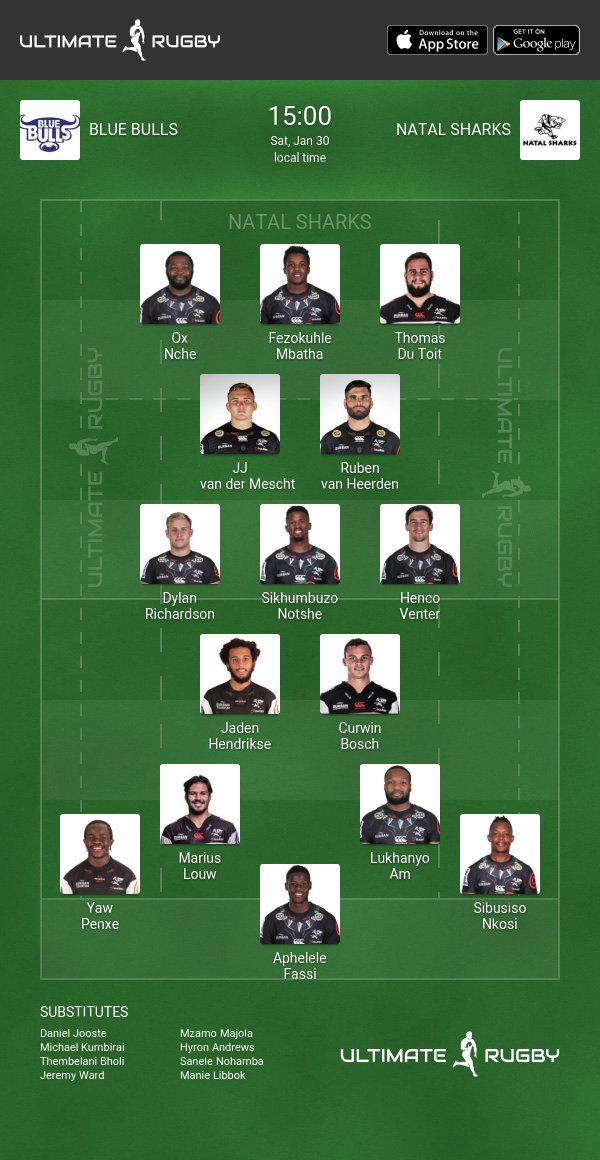