Italy travel to the Aviva Stadium to finally finish off Round 4 of the 2020 Six Nations competition as they lock horns with an upbeat Irish outfit.


After the six-month-long hiatus on the game, the Six Nations is ready to roll on once more.

Italy will be in the hunt for their first win of the competition but will not find it easy against their green-jerseyed opponents who will be back under the experienced leadership of Johnny Sexton.

The Italians are currently languishing at the bottom of the standings while the Irish find themselves in fourth spot– one point behind Scotland and four points behind table-leaders England. As this is the final game of Round 4, Ireland have a chance of ascending to the top of the table as a five-points haul will land them on 14 points.

With this in mind, the Irish will be a fired-up unit come Saturday.

“Any time you play for Ireland it’s a big responsibility... but there’s a little bit of extra onus on us this week, you know,” said Sexton, who has completed his hamstring injury rehabilitation and is raring to go on Saturday.

“Obviously, we need to win the game first and foremost, that’s the most important...putting on a show isn’t something we spoke about, but putting in a good performance is something we’re very conscious of.”

Ireland boast an impressive record against Italy, winning 27 of the 31 games played. Their losses occurred in 1995, twice in 1997 and again in 2013. They have, therefore, had a run of seven years without a loss to the Italians. In light of this, a victory by the Azzurri would not be seen as anything else but an upset.

Adding to Italy’s troubles will be the absence of legendary captain Sergio Parisse who will be on the sidelines with injury. The 35 year-old suffered a concussion while playing for his club, Stade Francais, over the past weekend and will be sorely missed by a team who rely heavily on his superb leadership qualities.

While it is reasonable to suspect that Ireland will take this one, Italy have an opportunity to show the best of themselves after a very long international break. 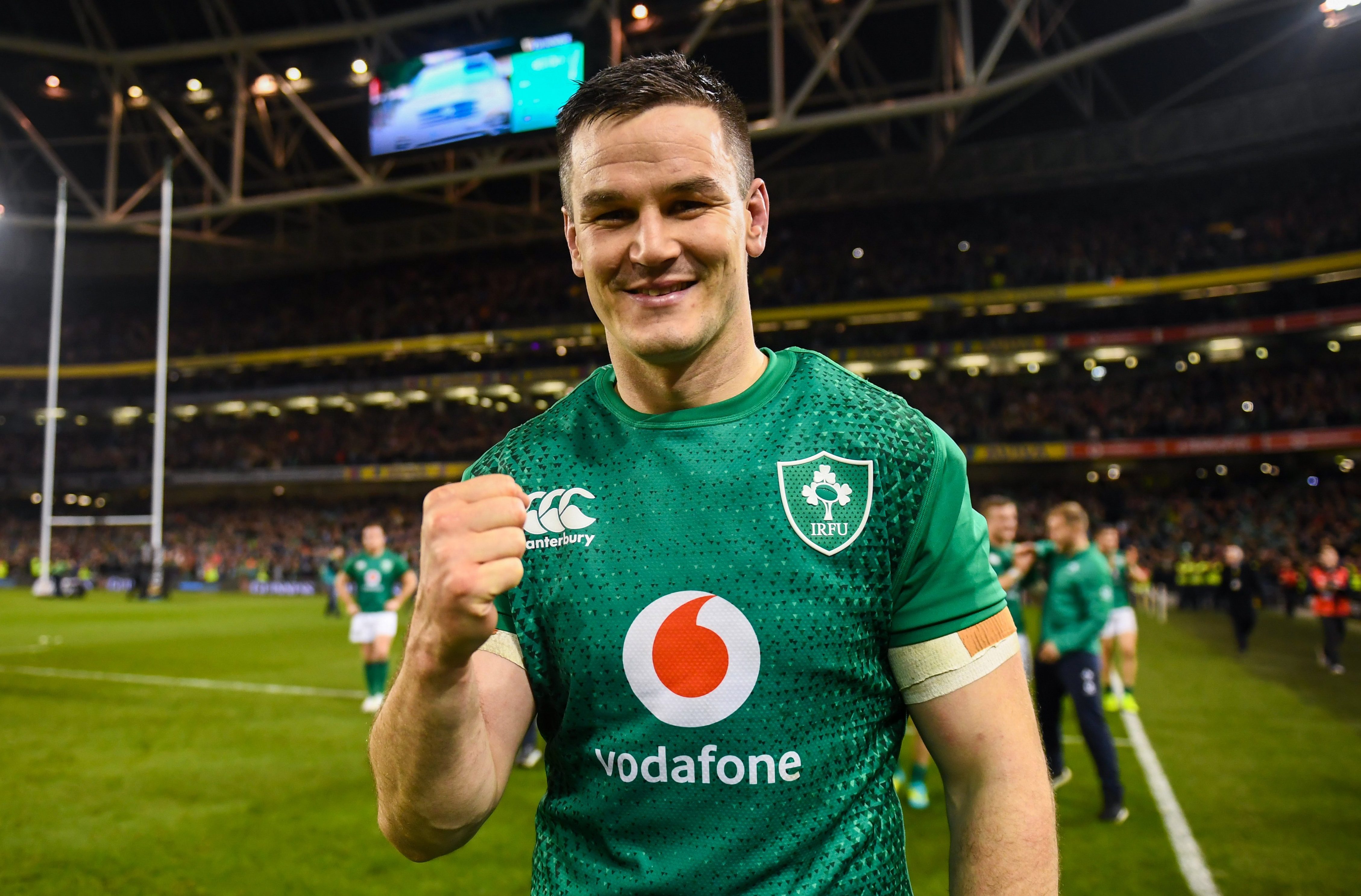 There are four uncapped players included in the squad, with Will Connors and Hugo Keenan named in the starting XV. Ed Byrne and Jamison Gibson-Park are in line for their international debuts off the bench.

Connors and Keenan – both aged 24 – are two of the six personnel changes made to the Ireland side that lost 24-12 to England last time out.

Keenan, a product of the IRFU Sevens Programme and one of Leinster’s standout performers since rugby restarted, joins Jacob Stockdale, who switches to full-back for his first Test start in the position, and Andrew Conway in a pacy back-three.

Jonathan Sexton captains Ireland for the fifth time, with Conor Murray continuing as his half-back partner. Winning his 30th cap, Garry Ringrose features at outside centre alongside Bundee Aki.

It is cap number 99 for Cian Healy, who will pack down alongside Rob Herring and Andrew Porter, with the latter making only his second Six Nations start and fifth in all.

There is also a second Championship start for Tadhg Beirne, who joins James Ryan in the second row. Number 8 CJ Stander provides the experience in the back row, alongside debutant Connors and Caelan Doris whose second Test start comes at blindside flanker.

Carlow man Byrne is a notable addition to the replacements along with his Leinster colleague Gibson-Park, who has amassed nearly a century of appearances for the province since his arrival in 2016.

Connacht hooker Dave Heffernan is hoping to add to the lone cap from 2017, while the bench options also include Finlay Bealham, whose only taste of Six Nations rugby was against Italy in 2016, Ultan Dillane, Peter O’Mahony, Ross Byrne and Robbie Henshaw.