Campbell Magnay’s promotion to the starting line-up looms as the big selection shock as Coach Dave Wessels made just the one change to the Rebels Match Day 23 to tackle the Reds at Brookvale. Magnay’s promotion see’s Reece Hodge shift to the bench in a move designed to manage the workload of the Wallaby super boot.

The Queensland Reds have named an unchanged 23 for Friday’s clash against the Melbourne Rebels in Sydney. Following Queensland’s drought-breaking victory over New South Wales last week, Reds head coach Brad Thorn has stuck firm with the same side as they look to record back-to-back wins for the first time this year.

Lock Angus Blyth has passed HIA protocols this week following a head-knock in last Friday’s six-point win over the Waratahs and will resume his spot in the secondrow. Brothers speedster Josh Flook has again been named as a finisher and is potentially set to make his Super Rugby and Queensland debut off the bench tomorrow night.

Reds coach Brad Thorn: “This is game-two for us and we’re focused on improving our game and knowing we’ve got a really tough opposition,”

“We’ve got a lot of respect for the Rebels. They’re a really good defensive side – good line-speed. Smart man at 10 there with (Matt) Toomua. They’ve got a good set-piece – they’ve really stepped-up in their scrummaging, good line-out.

“It was a good hit-out with them and the Brumbies. They’re a strong side and that’s how we’re approaching it.”

#OTD nine years ago, the Reds beat the Crusaders to win #SuperRugby for the first time 🔴🏆 pic.twitter.com/qyrb4tqEHy


Rebels coach Dave Wessels: “Campbell is obviously coming back from a long injury layoff and Hodgey had some injuries before the break, so it’s probably just more of a case of managing both their loads,” explained Wessels at his team announcement Presser this morning.

“They’ve both had a huge workload over the last couple of weeks and both will be important to us during this campaign, so we’re fortunate they’re both really good players.

“Campbell brings something a bit different to Hodgey in terms of his size and physicality and Hodgey will certainly see a fair bit of time at the back end of the game, so we need both those options.” 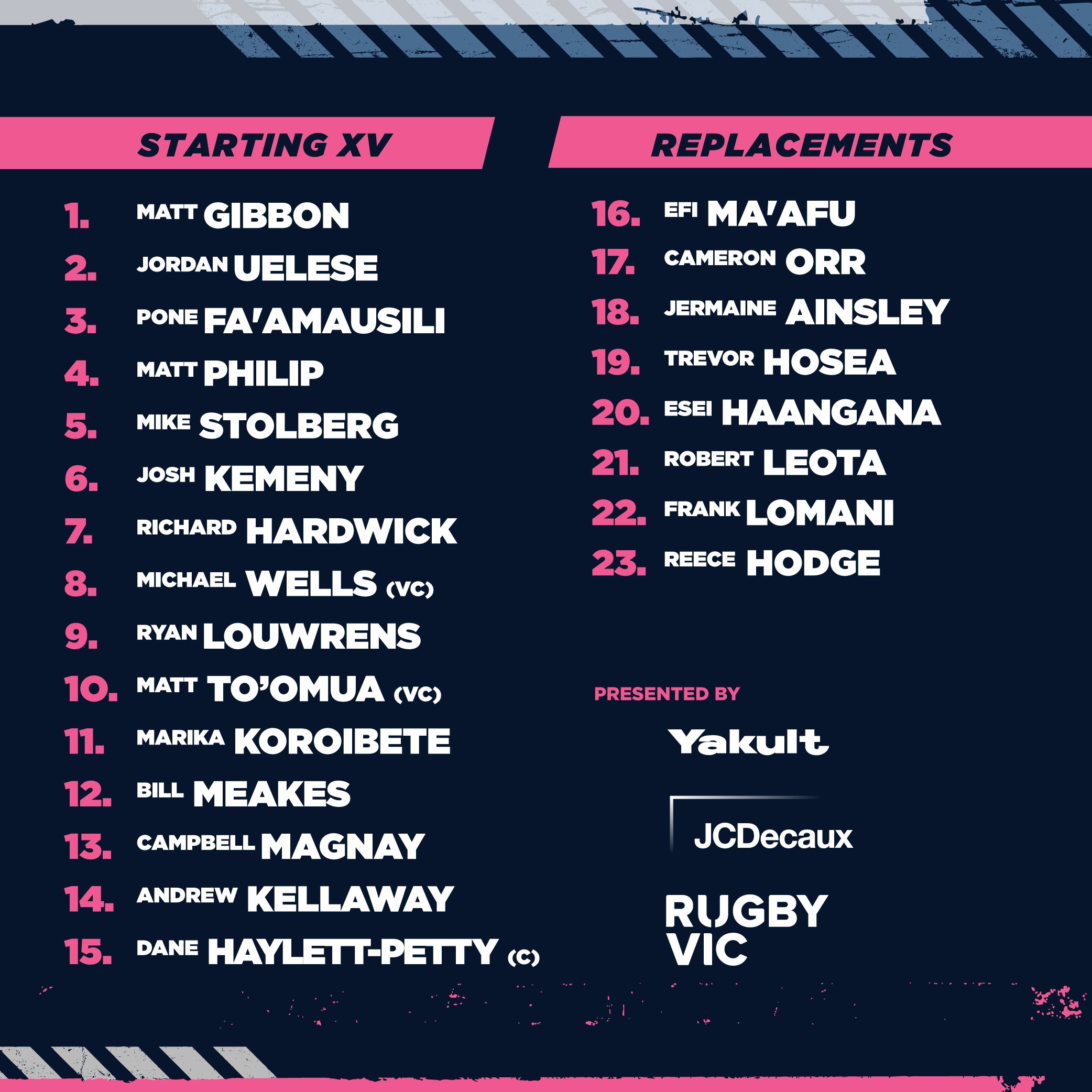 Waratahs' head coach, Rob Penney has named an unchanged starting lineup to face the Force with Karmichael Hunt making his return from injury via the bench, with Joey Walton and Alex Newsome continuing their partnership in midfield. Fullback Jack Maddocks will continue at fullback after a strong performance against the Reds, again flanked by James Ramm and Mark Nawaqanitawase. Last weekend's debutants Will Harris, Tom Horton and Tiaan Tauakipulu all remain in the matchday squad.

The Western Force will rely on continuity and experience when they face the NSW Waratahs. The matchday 23 named by coach Tim Sampson includes 18 of the players who featured in the club’s 54-15 rout of the Malaysia Valke in a Global Rapid Rugby clash on March 14. Jono Lance makes his return in Force colours, starting at flyhalf in place of AJ Alatimu. Lance has 66 previous Super Rugby caps and two Super Rugby titles to his name after playing a key role for the Reds in 2011 and the Waratahs in 2014. He has spent the past three seasons with the Worcester Warriors in England. Lock Jeremy Thrush, whose Super Rugby pedigree includes more than 100 caps for the Hurricanes, is promoted to the starting line-up with Johan Bardoul moving to the bench. Thrush will add a physical edge to the Force pack.

Other changes to the starting XV include the promotion of flanker Tevin Ferris from the bench, replacing the retired Chris Alcock, and the inclusion of back Nick Jooste at inside centre in place of Henry Taefu, who moves to the bench.

Amongst the reserves, new Force signing, Wallaby prop Greg Holmes, has been included in place of Tom Sheminant. Holmes is a veteran of 144 Super Rugby caps with the Reds and comes to Perth after a two-season stint with English Premiership team, Exeter.

Force coach Tim Sampson: “Jono has looked after himself really well, he is in good nick. Having that experience in a number 10 jersey is crucial for us, especially in our first game to make sure we start well. He will show good leadership there and provide good game management for us,”

“We have included a few of the new signings on the bench for this first outing as we have to be very careful how we manage their workload, given they have been in quarantine for some time. There are also a number of Force youngsters who will be getting their first taste of rugby at this level, which will be a great experience for them,” Sampson said. 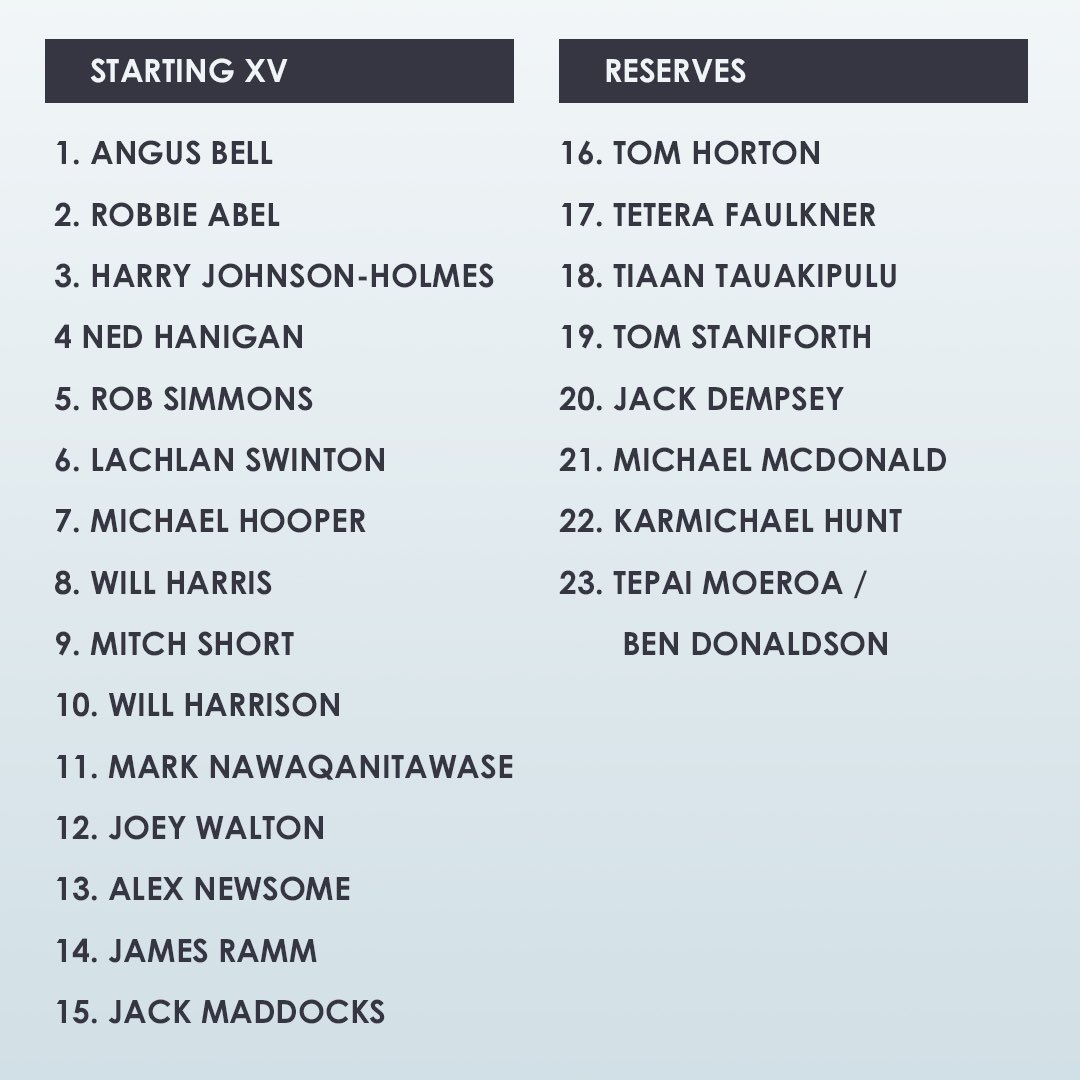 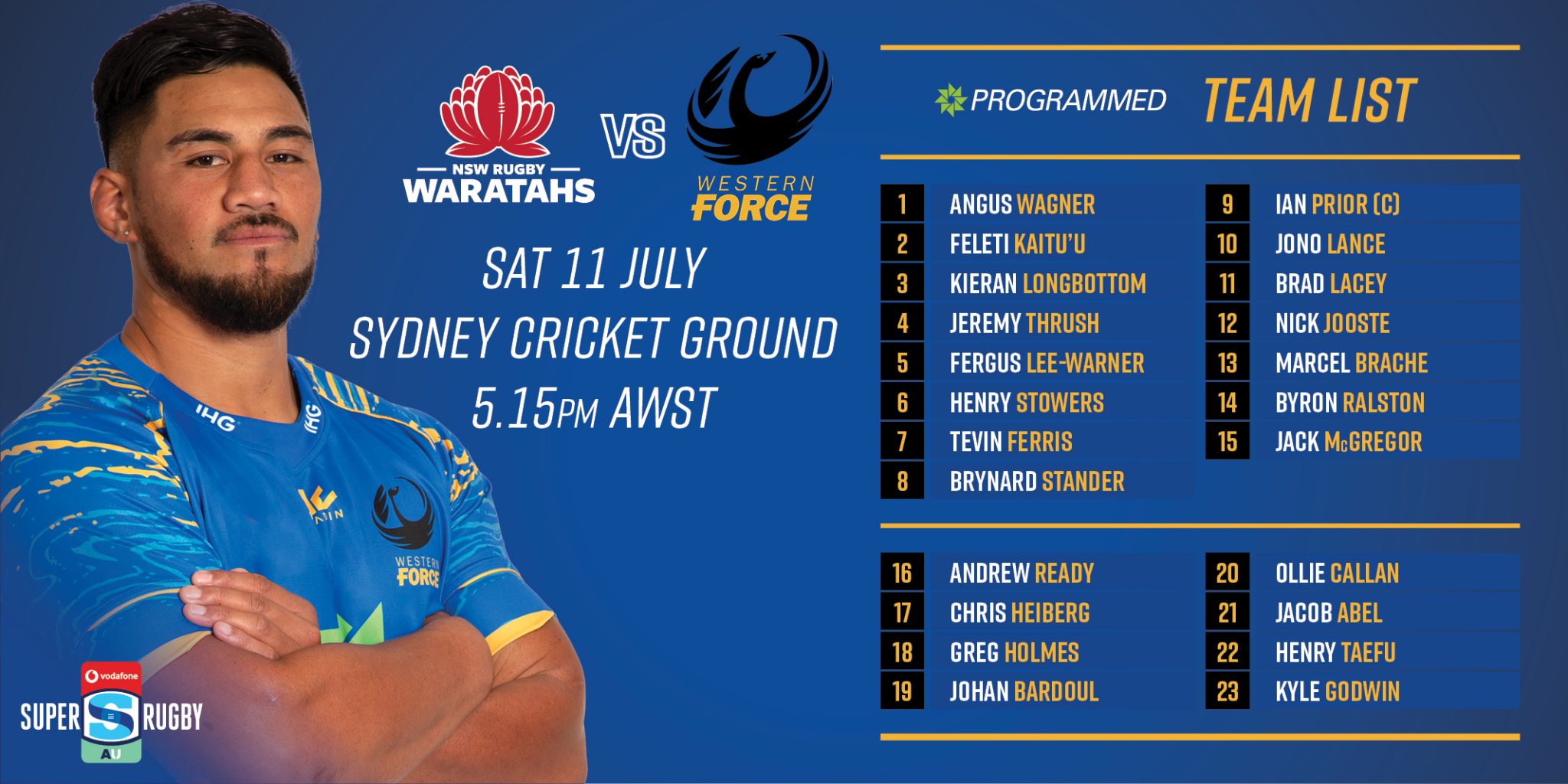