Round 9 concluded with victories for the Brumbies and Waratahs over the Force and Rebels respectively.

The Brumbies, with their win, retain top spot on the overall standings and have thus booked a home final in Canberra.

Their opponents in said final remain to be seen, as the Reds and either the Rebels or Waratahs will battle it out in a semi-final first.

We take a look at the top performers in the stats from the round.

Simone and Douglas were instrumental in the Brumbies’ victory on the weekend with tireless and committed defence which was a significant factor in the Force’s inability to build enough successful attacks.

Jack Dempsey has established himself as one of the most attacking number 8s in Super Rugby. With his size, strength and speed, he keeps the ‘Tahs moving forward.

Banks is the complete package at fullback with great anticipation, flair and pace to burn. He once again proved a handful for the Rebels defence, bagging a try in the process. 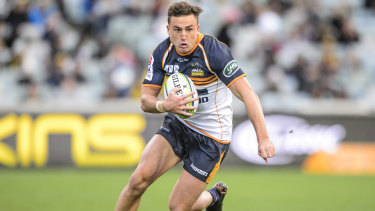 Banks’ name emerges once again, this time alongside the talented and physical Tepai Moeroa. The two players put their skills to good use on the weekend, each getting past six defenders.

The above players proved their worth on the ground with 2 turnovers each while a whole host of players all managed 1.

The same names have hovered around the top of this stat all competition. Once again, a great effort by the above trio who all managed 2 clean breaks.

Round 10 sees the Rebels host the Force while the Reds take on the Brumbies in Brisbane.