He initially represented the Hurricanes before joining the Super Rugby champion Highlanders in 2015. Dixon has been in great form in 2020 and has led from the front in Super Rugby Aotearoa.

It will be Super game number 150 for Highlander #175 Aaron Smith who recently won the Highlanders Back of the Year, Fans’ Player of the Year and Highlander Man award after displaying some of the best form of his long career during Investec Super Rugby Aotearoa.

The team has only one change from last week with Taranaki flanker Tom Florence coming onto the bench in place of Jesse Parete. Florence will be making his debut for the Highlanders. 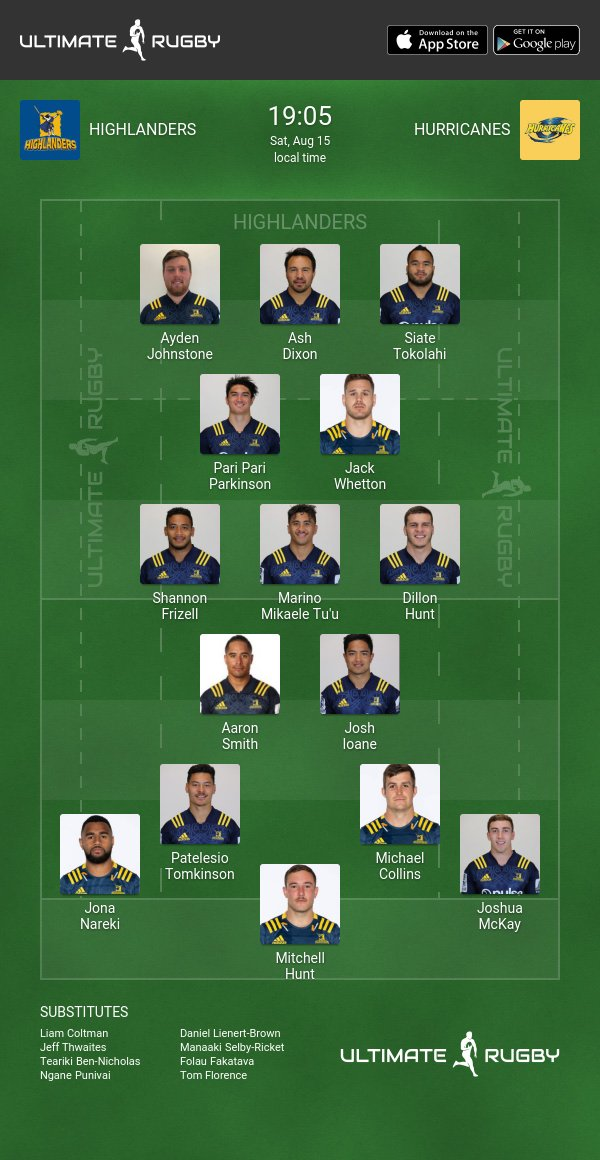 The Wellington stalwart will hit 119 caps on Saturday, passing Jeffrey Toomaga-Allen’s record of 118.

The Hurricanes are on the hunt for their sixth straight win after beating the Chiefs 31 – 18 at Sky Stadium a week ago.

As far as the starting XV goes, there is very little change to Saturday’s forward pack.

Ben May will play his 98th and final game for the side before ending his Super Rugby career, whilst Ardie Savea will just miss out on becoming a centurion in playing his 99th game for the Hurricanes.

In the backs, Jamie Booth and Billy Proctor will get their first starts of Super Rugby Aotearoa, TJ Perenara is unavailable as his wife is due to give birth to their first child.

Ricky Riccitelli will fill the spot of back-up hooker, getting a place on the bench ahead of Asafo Aumua who has been sick all week. 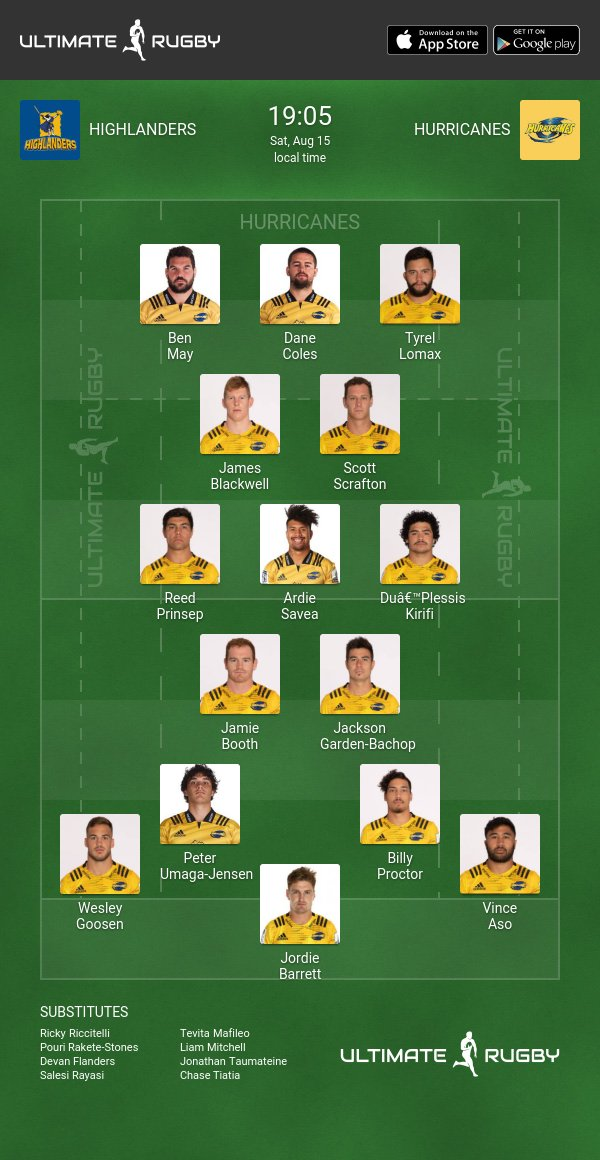