Johnny Sexton will lead Leinster for the first game of the new Guinness PRO14 season with Jamison Gibson-Park his half-back partner while Dragons' prop Aaron Jarvis is recalled to the starting line-up for the opening game of the PRO14 season on Friday evening (kick-off 8.15 pm - local).

For Leinster, Hugo Keenan is named at full-back with Jordan Larmour on the right-wing and James Lowe on the left. In the centres, former Skerries Community College man Ciarán Frawley starts at inside centre with Garry Ringrose outside him at 13.

In the pack, Ed Byrne is selected at loosehead prop, with Rónan Kelleher at hooker and Michael Bent at tighthead. Scott Fardy and James Ryan are selected in the second row, with Rhys Ruddock, Josh van der Flier and Jack Conan completing the starting XV.

For Dragons, former Wales international Jarvis - who makes his first appearance since February - is one of three changes from the team that faced Bristol Bears in Europe last time out as Dean Ryan’s men travel to Ireland and the RDS Arena in Dublin.

Lock Joe Maksymiw is named and will partner Joe Davies in the second row while full-back Will Talbot-Davies is also called into the starting line-up. Leon Brown and Jordan Williams miss the league fixture through injury. Changes to the bench see a place for loosehead prop Conor Maguire, who featured for Leinster at age-grade level.

Scrum-half Tavis Knoyle is also named on the bench and could make his 100th appearance in the Guinness PRO14 if he features at the RDS. Knoyle, who has played for all four regions, stands just one game short of the milestone, having made his league debut back in April 2009. 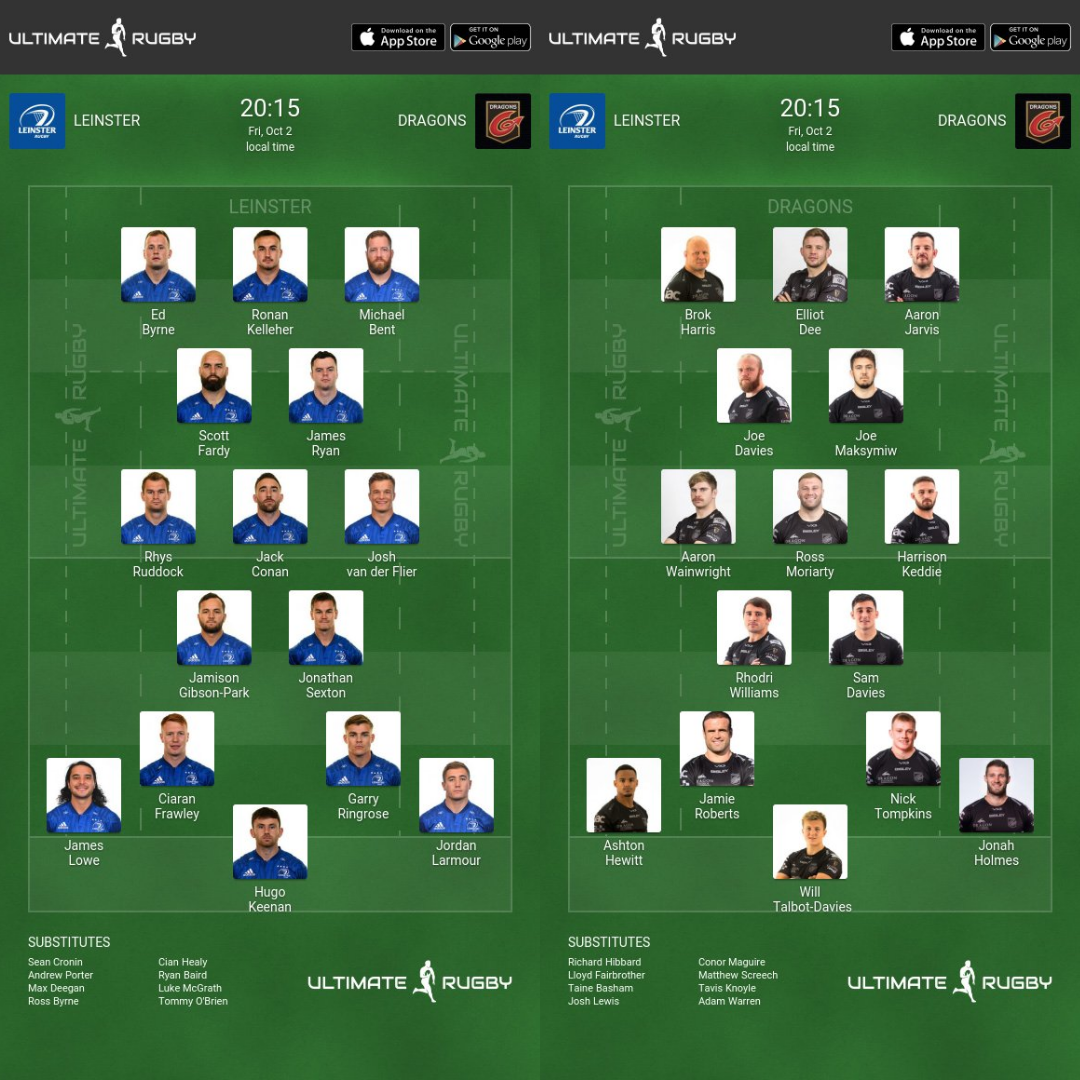