In the early hours of 3 December 1972, sounds of a scuffle broke out in the bowels of the Angel Hotel in Cardiff as 6ft 4in security guard, Peter Grant, was knocked to the floor.

Hours earlier, the All Blacks had defeated Wales 19-16 at Cardiff Arms Park, a grudge match of sorts, the result of which delighted the All Blacks after their first home series defeat to the British & Irish Lions the year before.

The game was played in front of 52 000 people who had gathered in anticipation of the mouth-watering clash. Wales, who boasted the likes of JPR Williams, Phil Bennett, Gerald Davies, and Gareth Edwards, fancied their chances against an All Black outfit which, a month earlier, had gone down 9-3 to club side Llanelli, in a game which would take on iconic status in the years to come.

The Llanelli players left the pitch bearing the scars of battle in abundance, courtesy mostly of All Black prop Keith Murdoch, who administered vicious use of the boot at ruck time on the brave Welshmen.

Murdoch, a farmer from Otago, who stood at 1.83m, weighed 110kg and sported a chest which made the All Blacks’ tailor burn the midnight oil, would score the try which sealed victory for his side at Cardiff Arms. 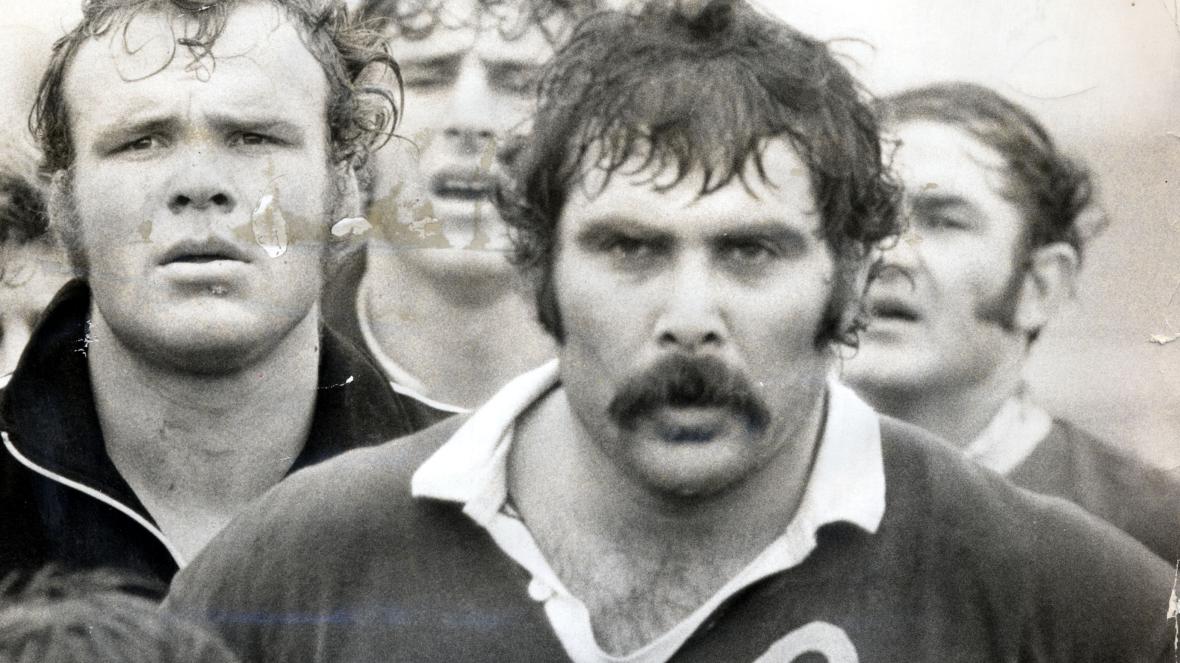 Revelling in the spirit of victory, the New Zealanders set about the town, a number of them gathering at the Angel Hotel.

The events of that night spawned newspaper headlines in both Britain and New Zealand, though the exact truth remains shrouded in mystery.

What appears to be common cause is that the news of the hotel bar closing for the night was not welcomed by the thirsty Murdoch’s ears. It was reported that he made his way into the kitchens and demanded more liquor from the staff, at which point, security guard Peter Grant initiated an ill-fated intervention.

Murdoch was subsequently reprimanded by All Black manager Ernie Todd. When the moustached prop was named in the mid-week team for the next game, it appeared that all had been resolved. However, Murdoch ultimately boarded a plane at Heathrow on the Monday morning, bound for New Zealand via Sydney. 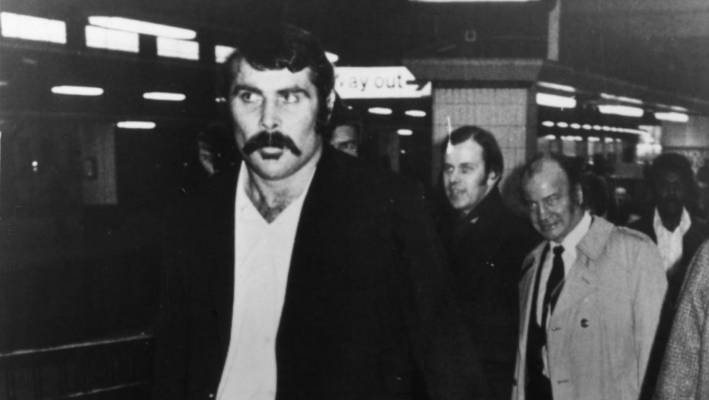 It was, according to Todd, “for his [Murdoch’s] own good” and “not an easy decision to make.”

As things transpired, though, whoever was tasked with picking Murdoch up from the airport in Aukland was left standing still and bewildered, as the All Black never completed the trip.

A plausible theory suggests that he switched flights in Singapore then headed for Darwin (Northern Australia) before melting into the Australian Outback.

His life progressed outside of the world’s gaze as his name faded into legend. Sporadic reports filtered through certain channels of a mysterious, barrel-chested, bearded nomad roaming the North in search of seasonal work. A number of journalists pursued the rumours and whispers and made their way to that part of the world in search of clarity. One such was rugby writer Terry McLean, who, in about 1977, eventually located Murdoch working on an oil rig close to Perth. The meeting was short-lived, however, as Murdoch picked up a spanner and suggested, in no uncertain terms, that McLean re-board his bus. The suggestion was swiftly obeyed.

A woman’s touch proved more useful as, in 1990, journalist Margot McRae approached Murdoch – then living in Tully, Queensland -who agreed to speak to her off camera.

“He was a deeply shy person, not very articulate. He felt it was better to be quiet than be embarrassed. He was not going to come home and be confronted by reporters,” McRae said. 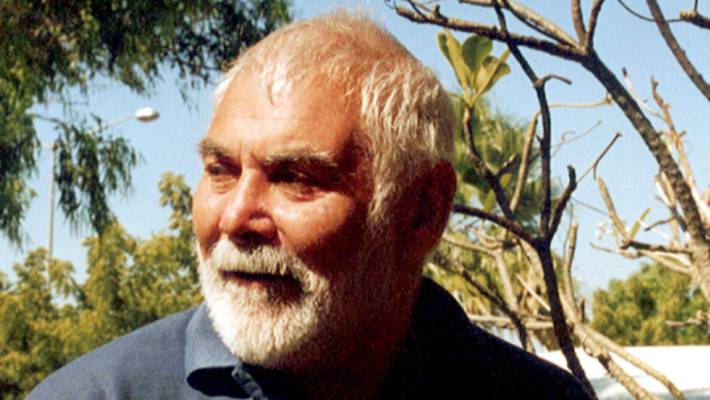 In 2001, Murdoch was called as a witness in the case of the murder of a 20 year-old aboriginal man whose body had been found down a mine shaft. It was reported that the then 57 year-old Murdoch had caught the deceased breaking into the former’s home a short time before the body was discovered. Nothing more materialised from the case, however.

The original story took an unexpected turn when Moyra Pearce, daughter of Earnie Todd, spoke out in 2017. Pearce alleged that her father, upon his deathbed, had told of how Murdoch, heavily drunk, had become aggressive with a young barmaid when she would not serve him that night and chased her into the kitchen where the rest of the events unfolded. The police, who were later called to the scene, then advised Todd that if Murdoch travelled home immediately, the possibility of legal action could be quelled.

Murdoch grew old in his exile and died on the 27th of February 2017, at the age of 74, in Carnarvon, Western Australia. Those friends he had made along his meanderings knew nothing of his All Black past.

Several attempts were made by his old teammates to reach out to him, sadly, to no avail.

Despite the somewhat fearsome reputation that most of his life’s story conjures, there is also evidence of gentleness to the giant.

His great friend and former All Black Lin Colling described Murdoch as ‘a boy in a massively powerful, 110kg international prop’s body’. Colling also recounted how Murdoch had confided in him about his childhood; of how, as a boy, he was significantly larger than his peers but lacked the ability defend himself verbally against tormentors, choosing rather to fight back physically, which earned him a somewhat unjust reputation as a bully amongst his teachers.

Colling further said that, during the late sixties and early seventies, Murdoch was the man to call if he or any of their teammates needed a babysitter.

"I think that's when he was happiest, playing with kids." Colling said.

Murdoch’s grave is topped by the red soil of the Australian Outback. At its head stands a simple wooden cross depicting his name; the scene of the conclusion of a tragic but unforgettable story which will echo long into the future.