The Rugby Championship: The Breakdown - Round 5

The penultimate round of Rugby Championship fixtures are upon us and it is all to play for with every side having won two and lost two of their opening four games.

An inconsistent New Zealand side are a point better off than Argentina, South Africa and next opponents Australia by virtue of picking up two bonus points.

Despite a thumping win over Argentina last time out, the pressure still remains on head coach Ian Foster heading into Thursday's contest with great rivals Australia in Melbourne.

The hosts are looking to bounce back from a 16-point loss against South Africa, who make the trip to Buenos Aires in the second of this week's fixtures on Saturday.

Here, Stats Perform previews both clashes in round five of the championship using Opta data.

New Zealand may lead the way at the top, but their form this year has been very poor by their usual high standards. The All Blacks have lost four of their seven Tests in 2022 – only in 1998 (five) and 1949 (six) have they ever lost more in a calendar year.

Back-to-back victories would provide a major confidence boost for Foster's charges, and they have a good record in this fixture. Of the past 20 Tests meetings between the sides, New Zealand have won 16 and lost only three, a run that includes three wins in a row.

Australia have not lost back-to-back Tests with New Zealand since August 2017, however, and their return of three wins from their past six matches against the All Blacks on home turf is more than they managed in the previous 13 such encounters.

The Wallabies have won the opening game of the Bledisloe Cup – which New Zealand have dominated for the past two decades – only twice in the past 13 years. However, one of those victories came when they last hosted the opening game three years ago.

Australia will have to watch their discipline in what is a highly charged fixture. Skipper James Slipper has conceded 11 penalties so far in this year's Rugby Championship, which is four more than any other player in the competition.

All Blacks centre Rieko Ioane continued his good form last time out by scoring a try and setting up another in the 50-point win against Argentina. That could spell bad news for Australia, against whom he has been directly involved in 13 tries across 12 Test appearances. 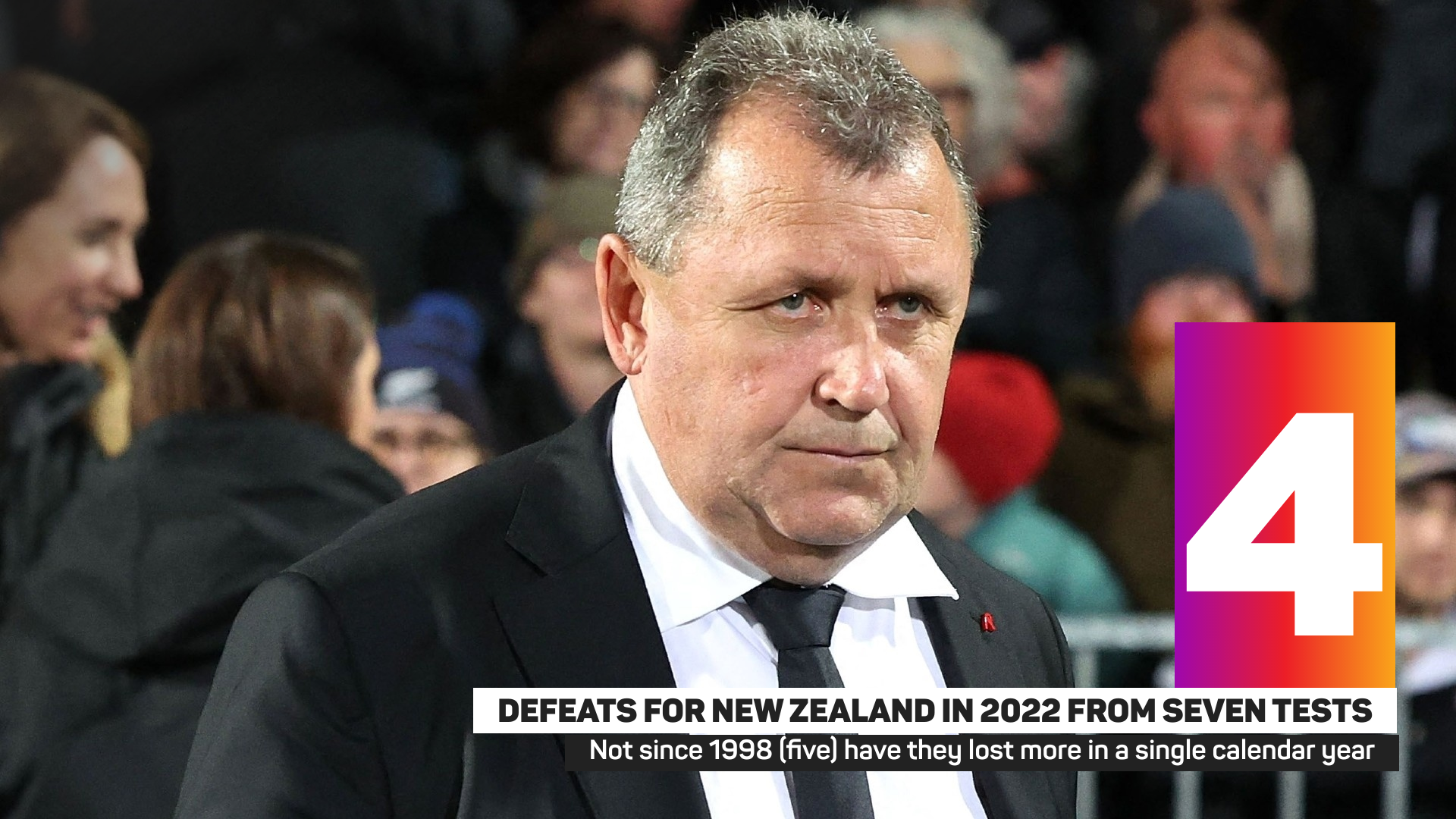 Argentina fell short of registering three wins in a row in this competition for the first time ever when falling heavily to New Zealand two weeks ago.

Los Pumas will take great confidence from beating Australia last time out at home, though, and are now seeking successive wins on their own patch for the first time since 2012.

South Africa may not be in full flow, but they have won 28 of their 32 Tests against Argentina, including the past four in a row. In fact, only against Italy (93 per cent) do they have a better win percentage than they do against Los Pumas (88 per cent) among teams they have faced at least 10 times.

The Springboks did manage to build a little momentum with their win over Australia two weeks ago, yet that was one of only three victories in their past eight games in the championship after winning six of the previous eight.

Matias Moroni has put in some strong displays to keep Argentina in the hunt for the title, his five dominant tackles more than any other player in the competition. The centre has also won five turnovers, a tally only Malcolm Marx (six) – who he will face off against this weekend – can better.

South Africa are the lowest points scorers after four rounds of matches. Willie le Roux could hold the key to finding a way through Argentina this weekend as he leads the way for try assists this tournament with three, while also providing six assists in his past six meetings with Argentina. 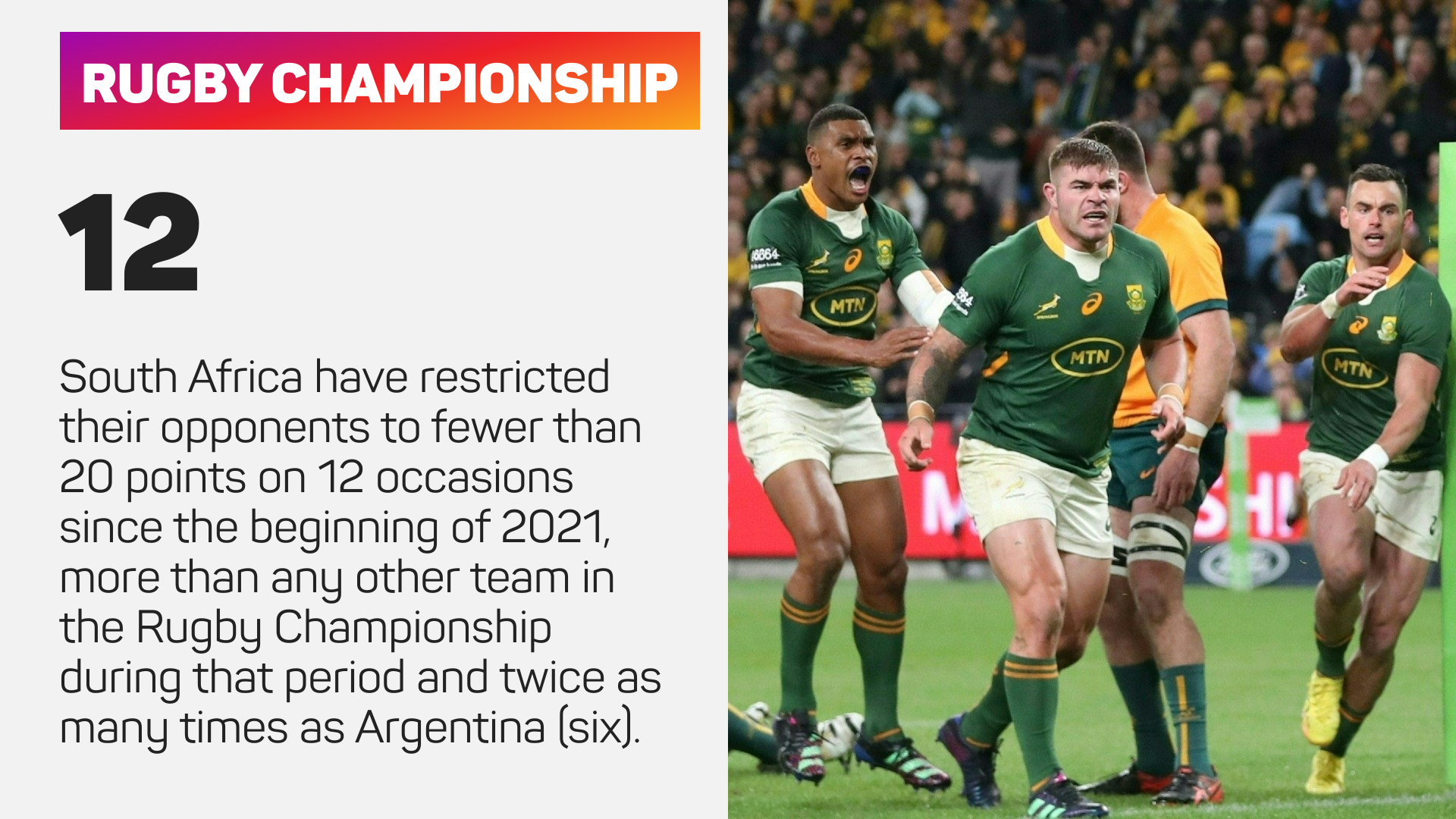