Uruguay coach Esteban Meneses has named his team for the Pool D match against Fiji at Kamaishi Recovery Memorial Stadium on Wednesday 25 September:

There are only three changes in Uruguay’s starting XV from the 41-24 loss in their last test against Spain in July. Diego Arbelo, Santiago Arata and Felipe Berchesi will start instead of Agustin Ormaechea, Juan Pedro Rombys (both on the bench) and Leandro Leivas, who doesn't make the match-day 23.

Juan Manuel Gaminara has captained Los Teros in all but three of his last 37 test appearances. 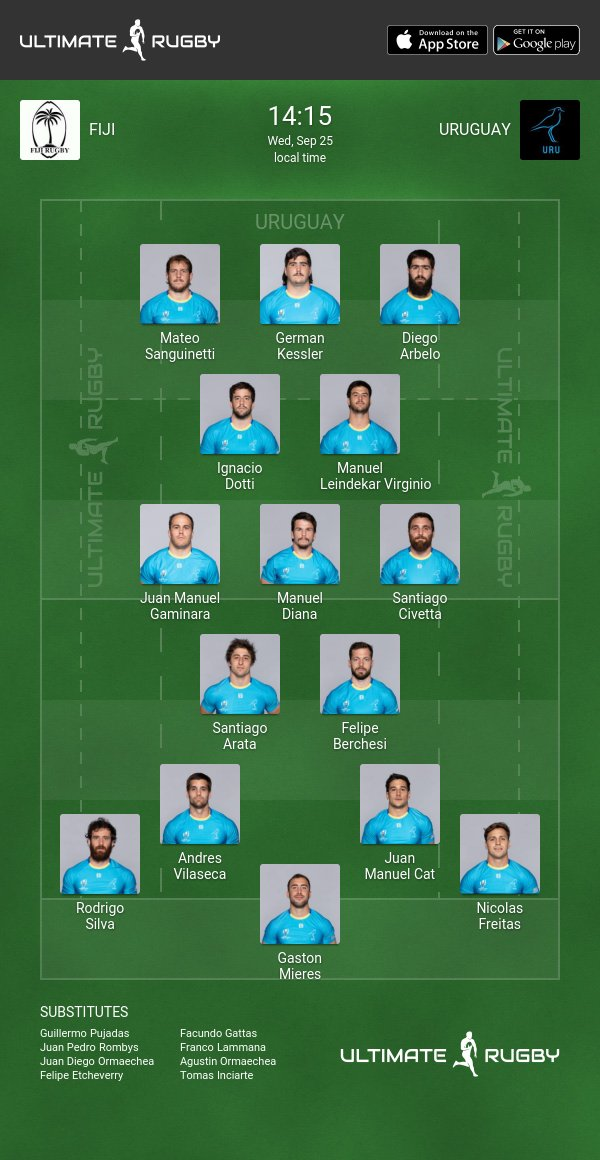