Varsity Cup Round up

The Tuks got their first victory in five years over the  NWU-Pukke as they surged to a 43-28 victory in the Varsity Cup round nine.

In the 11th minute it was Andre Warner, from the Tuks who opened the scoreboard for the visitors as he went over the tryline for a seven-point try to give his team a 9-0 lead.

With a solid drive from a line-out five meters from the NWU-Pukke’s try line Elden Schoeman crashed over to narrow the lead to 9-7 in the favour of the Tuks.

Tuks’ Clyde Davids went over in the corner for a try in the 21st minute to extend the lead to 18-7. Tinus De Beer successfully converted his second kick of the match.

With eight minutes remaining before half time Dewald Naude finally got his first try to keep the scoreboard ticking to 25-7 for the men in blue.


After half time the NWU-Pukke’s Walt Steenkamp went through a gap to secure a try for the home side underneath the poles. Schalk Hugo converted successfully to leave them on 25-14.

In the 47th minute the NWU-Pukke were punished as Tuks’ De Beer converted a penalty kick successfully to put them on 28-14.

It was the teamwork of the NWU-Pukke’s  Wilmar Arnoldi and Schalk Hugo who managed to narrow the gap to 28-21 as Arnoldi went over the try line and Hugo converted the kick.

The show belonged to Warner from FNB Tuks as he drove over the line from a scrum to secure his second try of the match to leave his team on 35-21.

After a long decision by the TMO it was Loftus Morrison for NWU-Pukke who scored the bonus-point try in the 70th minute to narrow the deficit to 35-28. Hugo once again converted.

De Beer stretched his team’s lead once again with a penalty kick for his FNB Tuks to lead 38-28.

In the final movement of the match Sibahle Maxwane from the Tuks crossed the whitewash and rubbed salt in the wounds of the NWU-Pukke as the visitors claimed 43-28 victory. 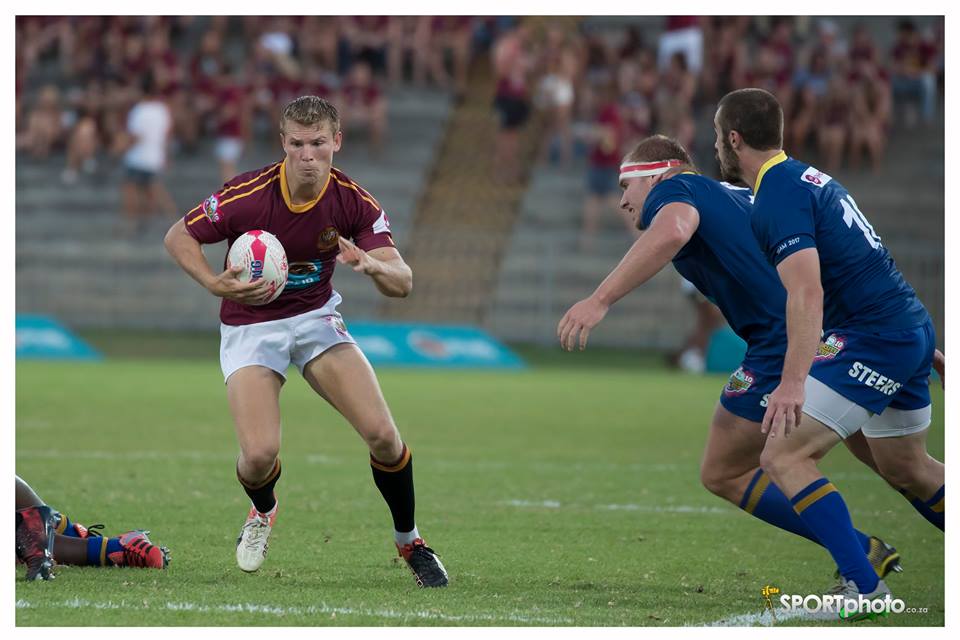 The Maties booked their spot in the 2017 Varsity Cup presented by semi-final, after they saw off UJ at Danie Craven Stadium on Monday night. Maties proved far too strong for the Johannesburg side as they won the encounter 65-19.

The Maties scored nine tries in the match and led 30-10 at the break thanks to tries by Kyle Steyn, Craig Barry and two by Edwill van der Merwe. The second half was more of the same by the Maroon Machine as they continued their dominance, although UJ tried hard to get back into the contest.

Tries by Johan Momsen, Chris Smith, Duncan Saal and two more by Kyle Steyn to complete his hat-trick took the game away from FNB UJ as FNB Maties ran in five tries in the second half.

Maties will now play UJ again in the semi-final next Monday night. 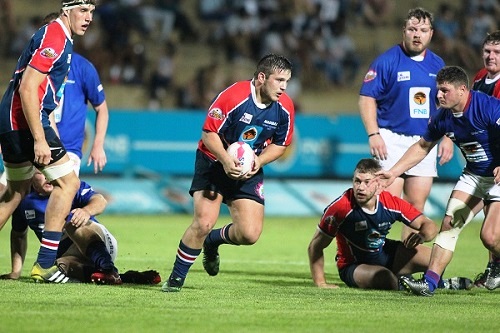 NMMU-Madibaz secured a well-earned victory in their clash against CUT Ixias in Bloemfontein, but waited until the second half to gain the upper hand against the injury-ridden home side.

Madibaz beat CUT convincingly, by 40-14 after being ahead only 10-0 at the break.

The visitors secured the win with their pack of forwards gaining supremacy and the home side conceding far too many penalties.

Madibaz no.8, Justin Hollis, led from the front and earned the award of Player that Rocks. Madibaz scored five tries to the two of the home side.

Although the Ixias receive the wooden spoon in the Varsity Cup’s 2017 season, they gained valuable experience to take forward into 2018.

CUT`s defence in the first half did not carry through into the second half, allowing the victors to benefit greatly from the gaps in midfield, as well as around the fringes.

Wits hosted UCT at the Wits Rugby Stadium on Monday evening. It was the last game of the 2017 Varsity Cup season for both sides, with both teams failing to progress to the next round. Wits however finished off their best season in the Varsity Cup so far by beating UCT 35-23.

The game saw Wits score really quickly, when scrumhalf Ruan Cloete dived over from close range to give the home side an early lead. Captain Warren Gilbert stepped up and added the extra two with the boot.

The home supporters then didn't have to wait too long for more points, as speedster Kwanele Ngema picked up a pass from midfield to dash through a few UCT defenders to dot down for a converted nine-point try. With the score at 16-0, UCT were then the next to reply just before halftime through Nyasha Tarusenga, who scored after lots of UCT pressure on the Wits try line.

Fullback Lohan Lubbe added the extra two to cut the deficit to nine points. A few moments later, the visitors were on the attack again and were rewarded for their effort, when Hendrik Lategan crossed over to level matters going into the break with a nine-point try after Lynne's conversion.

The second half saw the hosts come out looking a lot stronger and their efforts showed, when they scored two consecutive converted tries just after the second strategy break to take the score to 30-16.

Wits then added more pressure on the visitors when they added another try to their tally, as hooker CJ Conradie dotted down, but Gilbert unfortunately sent his conversion attempt wide.

The men from Cape Town, however, had the last say but unfortunately it was a little too late, when Joel Smith cut the deficit. The try was converted but shortly after the five-pointer, the final whistle went, which saw FNB Wits secure another memorable victory, beating UCT 35-23.