Wales full-back Robyn Wilkins will win her 50th cap against Ireland on Saturday.

Wilkins made her international debut as an 18-year-old against Italy in 2014 and has since been an ever-present member of the squad. She has played in 33 Women’s Six Nations games, scoring two tries and 77 points.

Head coach Warren Abrahams has made four changes to his side following the opening round defeat against France on Saturday (53-0).

Cara Hope and Cerys Hale come into the front row and Natalia John starts at lock. There is one change behind the scrum with Courtney Keight starting on the left wing in place of Jasmine Joyce who is away with GB Sevens. 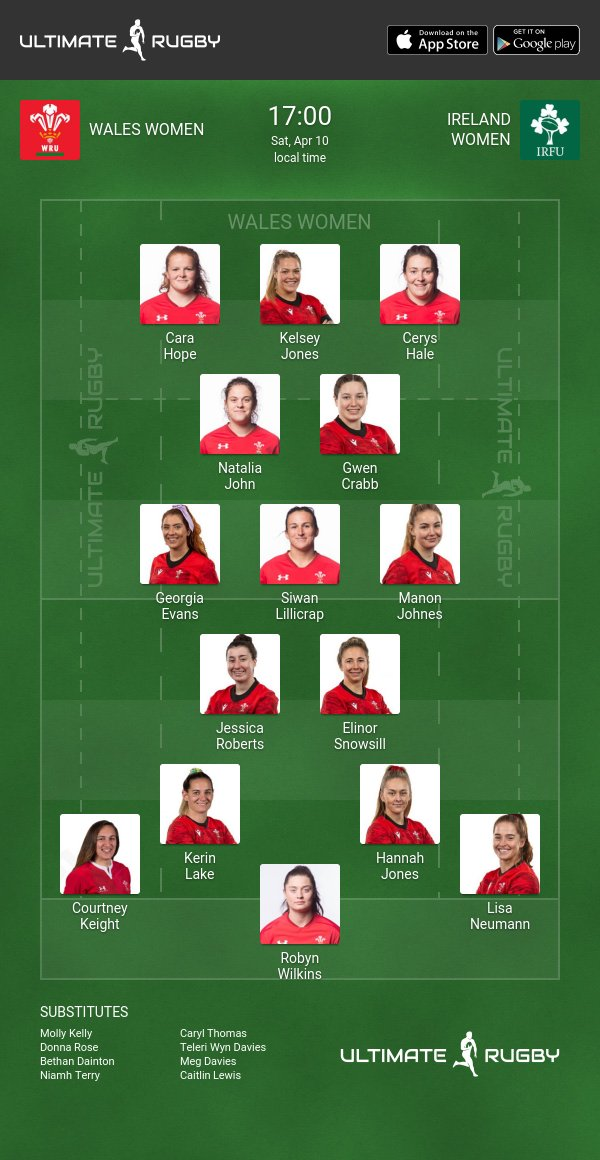