Wallabies coach Michael Cheika has confirmed his 32-man squad for the upcoming Spring Tour of Japan and the United Kingdom.

Arnold’s injury has opened the door for Matt Philip and Blake Enever, with the pair earning a call-up following some impressive form in the National Rugby Championship for Perth Spirit and Canberra Vikings respectively.

Meanwhile, number 8 Ben McCalman grabbed his chance in his classy 55 minute cameo in the Wallabies 31-28 win over the Barbarians, to ensure a seat on the plane to Japan.

The squad has six uncapped players in total (including Development Players) with an average age of just 25. 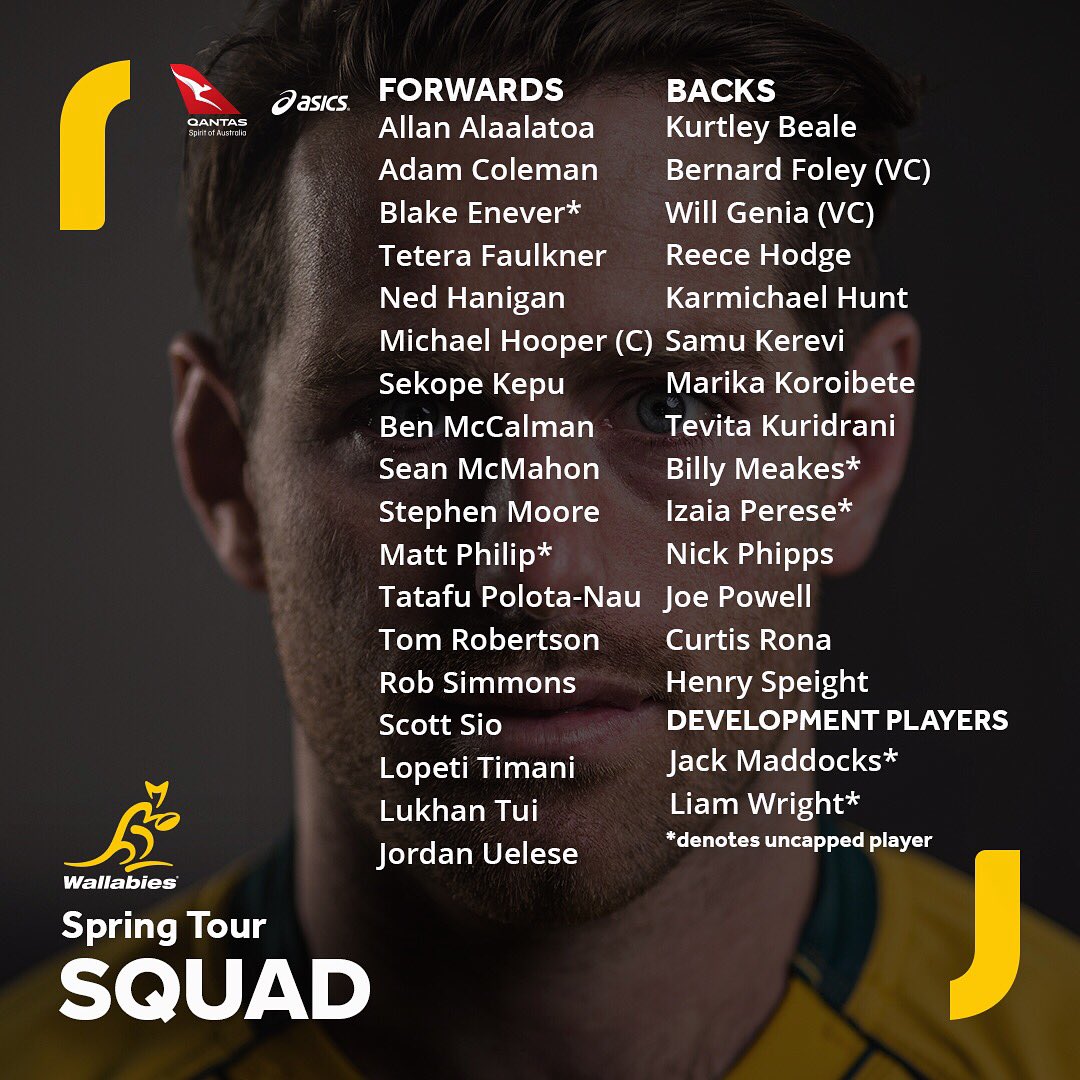