WATCH: Caleb Clarke's Jonah Lomu-esque run to set up an All Blacks try

After a hard-fought first 40 minutes that saw New Zealand lead by just three points, the All Blacks came out firing in the second half with Jordie Barrett scoring just two minutes into the half.

A well-taken try from the All Blacks but there the second try of the half was just as impressive.

The Wallabies cleared the ball down Caleb Clarke's throat and the youngster, who was starting for the first time, did not disappoint.

Clarke ran through three defenders with his initial break busting into the Wallabies half. He bounced off Tom Banks before fending Michael Hooper and eventually being dragged down by Nic White.

The front foot ball allowed Richie Mounga to throw a long ball out to Ardie Savea who did the rest.

Another look at that run from Caleb Clarke 🤤#NZLvAUS #BledisloeCup pic.twitter.com/zgDQeSg2T4 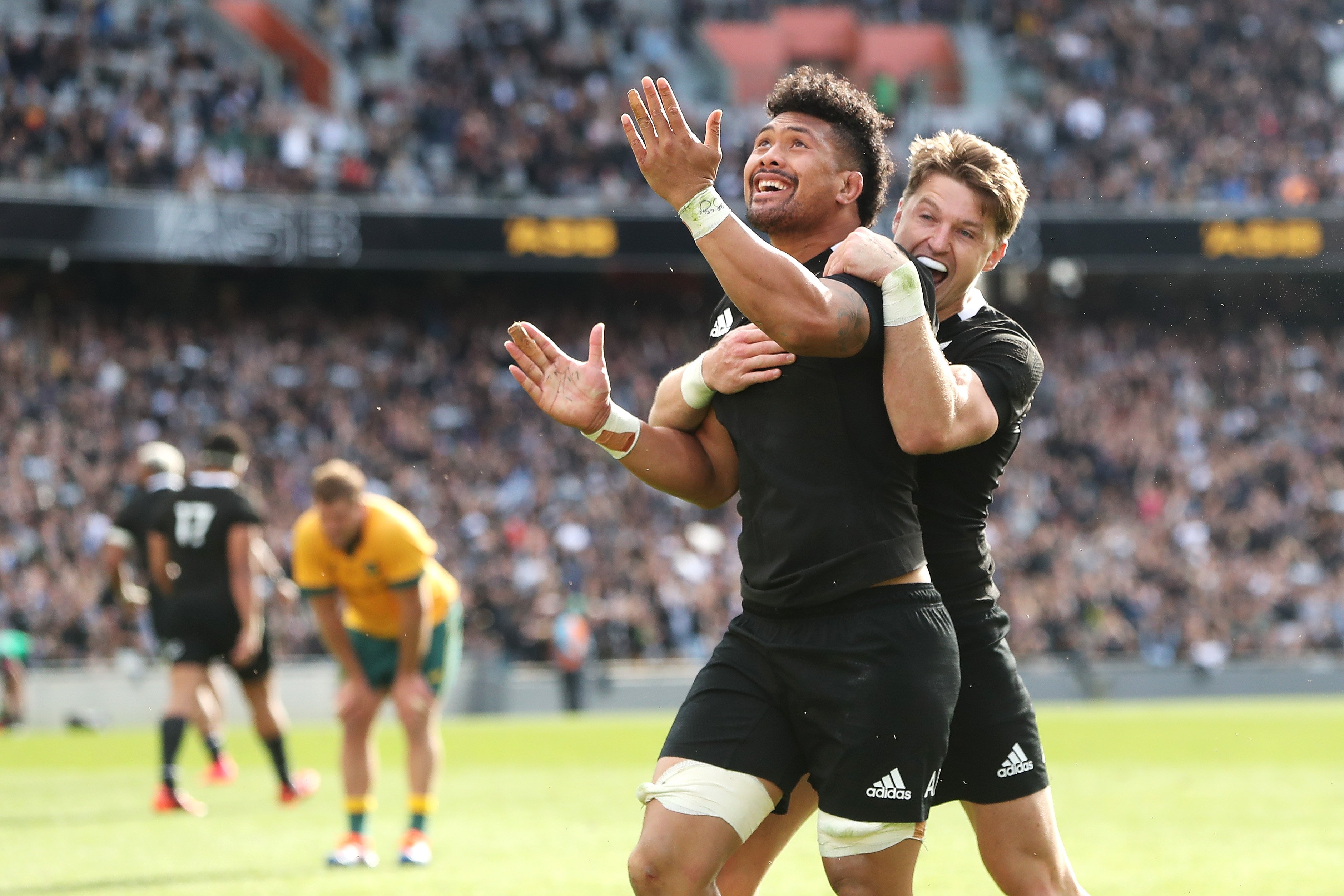 We're down to the final 20 minutes here at @edenparknz! #NZLvAUS #BledisloeCup

Caleb Clarke has some arm on him 💪