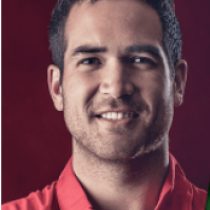 Smith grew up in Northern Sydney, Australia and played for Northern Suburbs Rugby Club. In 2011, Smith began his professional career at the young age of 21 when he signed on to play fly half with the Ospreys in the Pro12 league. In 2012, he competed with the Coca-Cola West Red Sparks in Japan’s Top League rugby union competition. Following the 2013 season with the Red Sparks, Smith transferred within the Top League and played with the Kubota Spears for the 2014 and 2015 seasons. While recovering from injury following his 2015 season, Smith got experience in the realm of college football when he played as a punter for University of Central Missouri and in Arena Football when he played as a kicker for the Salina Liberty. Most recently, Smith has found success in the role of fly half with the Chicago Griffins RFC