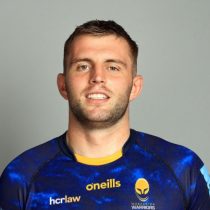 Tom Dodd joined the Warriors Academy ahead of the 2016/17 season.

The back rower was an important part of the Warriors Under 18 side which reached its first ever Finals Day in the 2015/16 season and has also been a part of the England Counties Under 18 squad.

Dodd represented Warriors at both the Rosslyn Park Sevens and Singha Premiership Sevens in 2016.

In January 2017, he was called into the Scotland U20 squad for the Six Nations tournament.

In January 2020 he graduated to the senior squad at Sixways.