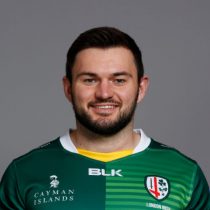 23-year-old Matt Rogerson signed for Sale Sharks in summer 2015 after graduating in Marketing and Management from Loughborough University.

He has made LV Cup and Premiership Sevens appearances for the Sharks and appeared as a dual-registered player for National One club Fylde. During his three years of studying at university, the Lancaster-born back row man made more than 50 national league appearances for Loughborough Students.