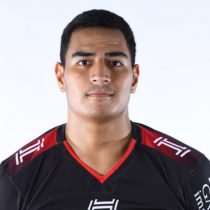 Rudy joined French giants Toulon in the summer of 2015.

The powerful back-rower was named in the first two squads of the TOP14 2017-18 campaign.

After 5 appearances for Toulon in the 2017 season, Gaheteau signed a two-season deal with the French giants.