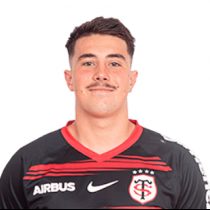 Edgar is another member of the Toulouse youth team to be named in the 2021 u20 France squad and plays flyhalf.

He is also the son of former France assistant coach Didier Retière who played professionally for Stade Dijon.