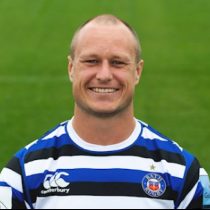 Born in Tauranga, New Zealand, Wilson is a pacey outside centre who attended Canterbury University. A member of the New Zealand sevens on occasion, Wilson is excellent on attack and more than capable on defence. He has previously played for the Bay of Plenty in New Zealand's domestic competition.

Having made five appearances for the Highlanders in Super Rugby in 2016, the winger arrived at Bath following the conclusion of the Mitre 10 Cup competition, where he was representing Otago.