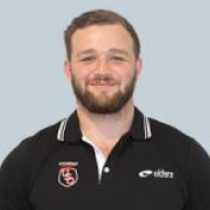 Browning attended Brisbane State High School where he was school captain and was selected for the Australian Schoolboys rugby team for three years in a row from 2009 to 2011.

He was selected for the Australian U-20 team to play in the IRB Junior World Championships in 2012 and 2013, captaining the team in 2013.

At the annual John Eales Medal awards, he was named the Australian Under-20s Player of the Year for two years in a row in 2012 and 2013. In 2013, Browning joined the Queensland Reds College Squad and made his Super Rugby debut from the bench against the Bulls in March of that year.

He signed a two-year main squad contract with the Reds in May 2013.

In May 2017, Browning joined Oyonnax from Lyon.