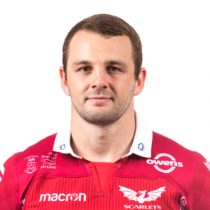 The former Combined States representative was spotted by Australian coach Michael O'Connor while playing for Southern Districts in domestic Sevens tournaments and was brought into the wider training squad.

From there, he was brought in to the Qantas Men's Sevens squad to compete in Tokyo. Paul, his three brothers, and his father have all played for the Kiama Rugby Football Club.

Asquith has played for Australia Sevens and Melbourne Rebels in Super Rugby. He made his Rebels debut as an injury replacement in 2016.

Asquith is a centre who can also play wing and full-back.

In May 2019, he signed a new undisclosed deal to remain with the Scarlets.