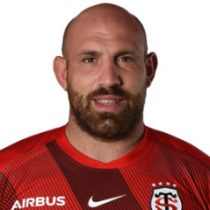 The 28-year old prop spent two season with Brive before signing for Toulouse for the 2017-18 Top 14 season. During his time at Brive, Pointud was a regular starter in the front row.

His career began in 2008 with Bourg-en-Bresse and he has also represented Bayonne & Tarbes to name a few.

His excellent performances earned himself a call up to the France Test side on June 19, 2016 against Argentina.

Pointud is a hard worker on the pitch, dynamic and capable of producing powerful carries with ball in hand.

His ability at scrum time and impact around the park will be a massive benefit to the Toulouse pack as he approaches his prime years as a prop.