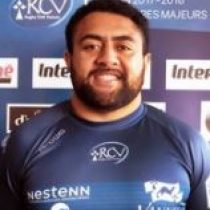 Kite featured for Brisbane City in the inaugural Buildcorp NRC after four seasons spent with runs in the Queensland Premier Grade competition.

A product of St Joseph's Nudgee College, Kite was a member of the 2010 1st XV that won the Queensland GPS premiership.

Kite has represented Reds A three times in the Pacific Nations Cup and has been in tremendous form for Jeeps in 2014.

Kite has also represented the Queensland Reds in Super Rugby and joined Northland ahead of the 2016 Mitre 10 Cup.

He was named in the Tonga squad ahead of the 2017 June internationals.