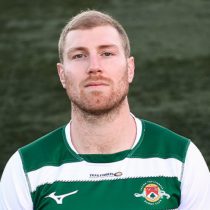 Ben joined Cinderford from Newbury in 2011, having been named Newbury's Most Improved Player in 2010/11.

The second row had arrived at London Welsh in the summer of 2013 after two seasons in National League 1 at Cinderford.

The 2015/16 campaign saw Ben cement his place in the London Welsh second row, making a further 26 appearances to pass 50 appearances for the club.

West signed for Yorkshire Carnegie where he made 31 appearances for the club before he signed a two-year deal with Ealing Trailfinders and will join the side ahead of the 2018/19 season.