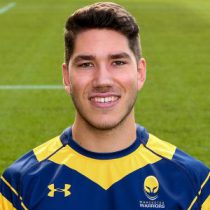 Kitchener, who is brother to Warriors lock Graham Kitchener, featured for Worcester Cavaliers throughout the 2013/14 and 2014/15 campaigns while juggling studies at Birmingham University.

Kitchener made his Worcester Warriors first-team debut in Moscow against Enisei-STM in the European Challenge Cup in October 2016.

He continued to impress when handed the opportunity and went on to make 12 appearances across the 2016/17 campaign, as he featured in every European Challenge Cup fixture, while also making his Premiership debut against Northampton Saints in November 2016.

He earned an England call-up for the Under 20 Six Nations before being selected for the World Rugby Under 20 Championship in June.

Kitchener signed a two-year contract extension with Warriors in November 2019.