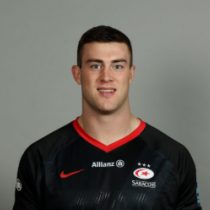 Callum made his first appearance for Scotland under-20 coming off the bench against England in the opening game of the 2016 Six Nations.

Previously, the lock received 10 caps at under-18 level, five of which he took charge of the team.

The lock has captained Edinburgh at under-17 and under-18 level, as well as appearing for Edinburgh Rugby A against their Glasgow Warriors counterparts and Ontario Blues.

He has since represented Glasgow Warriors in non-league fixtures.

In January 2017, he was called into the Scotland U20 squad for the Six Nations tournament, captaining Scotland in the championship.

He signed a two-year deal with Edinburgh in 2017 and made his Pro 14 debut for the side against the Cheetahs in November that same year.

In January 2018 he joined Newcastle Falcons on two-week loan and made an appearance for the side in the Anglo-Welsh Cup before re-joining Edinburgh.