Wallabies coach Michael Cheika has named his team to take on Fiji in Australia’s World Cup opener on Saturday afternoon in Sapporo.

The starting side is almost a replica of the one that ran out in Perth in the record defeat of New Zealand last month, with David Pocock’s inclusion at flanker the only change to the team that took the field for the opening Bledisloe Cup Test.

Michael Hooper is keen to revive the Pooper combination at #RWC2019

Rory Arnold has overcome a hand injury that ruled him out of the second Bledisloe Cup clash in Auckland while Nic White and Christian Lealiifano return in the halves after sitting out the Test against Samoa earlier this month.

The starting side boasts 600 caps of Test experience between them with a further 436 caps amongst the reserves.

Wallabies coach Michael Cheika said: “Our goal is to win. I’m sure every team comes to every World Cup believing they can win, and that’s what makes it such a great tournament.

“We want to do two things; to do our best to win the tournament but also to show young people in Australia who are watching, how beautiful the game of rugby can be and inspire them to play rugby back home in the future,” Cheika said.

Australia met Fiji in the opening clash of the 2015 Rugby World Cup when the Wallabies prevailed 28-13 at Millennium Stadium in Cardiff.

The Wallabies will take on Wales at Tokyo Stadium in their second Pool D clash before games against Uruguay and Georgia in Oita and Shizuoka on October 5 and October 11, respectively. The two highest-ranked teams at the end of the pool stage will advance to the Quarter Finals. 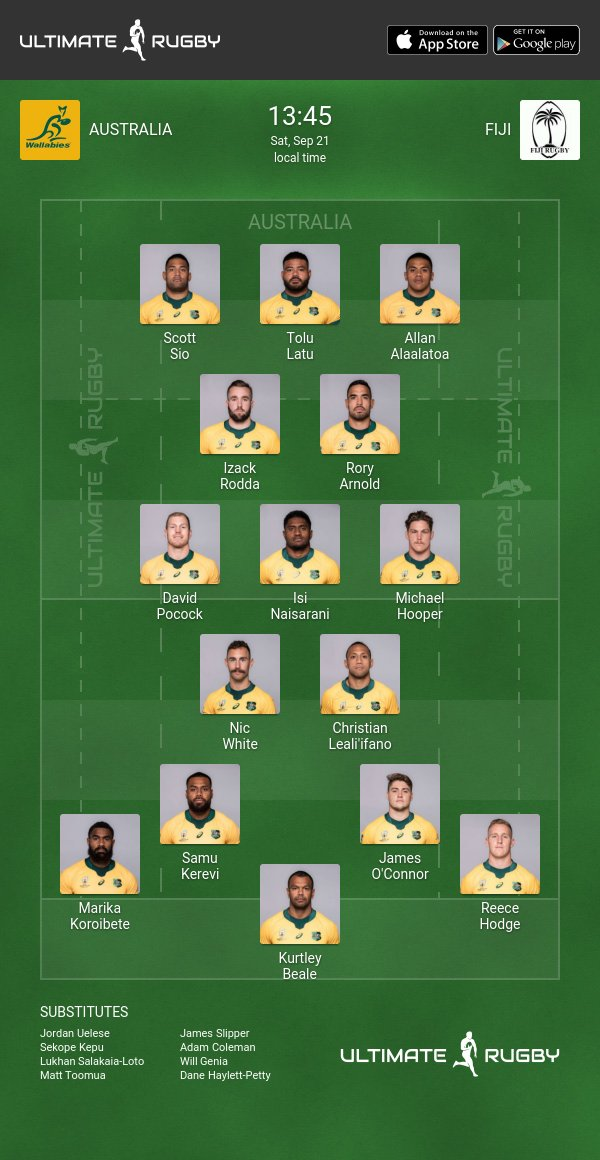 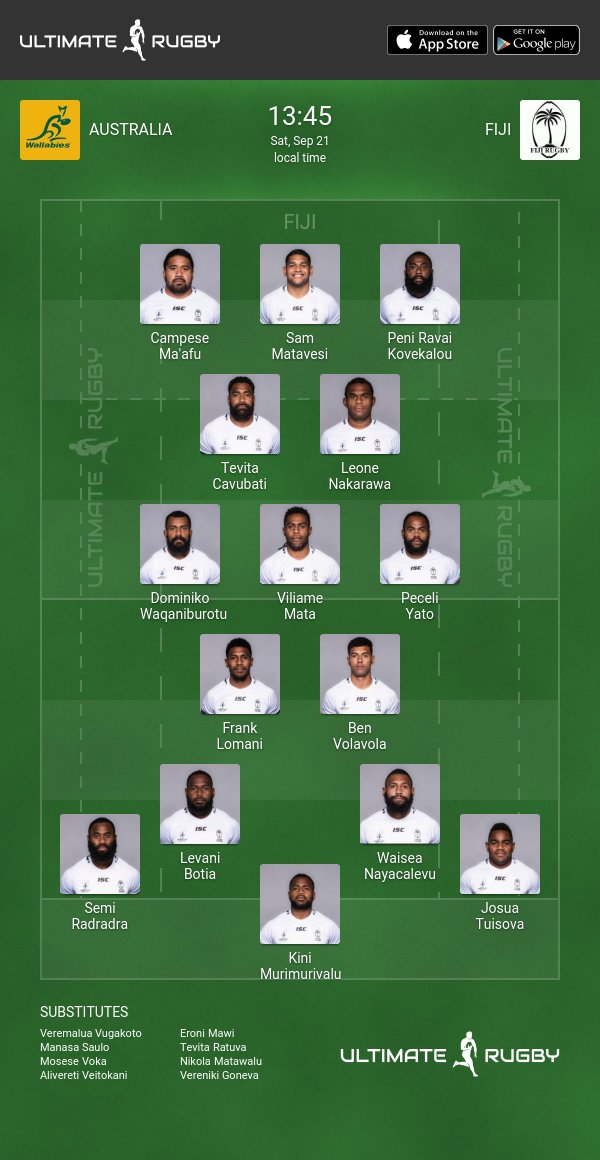