Heineken Champions Cup holders, Stade Rochelais, will begin the defence of their title against Northampton Saints at Stade Marcel Deflandre on Saturday, 10 December with blanket TV coverage of the Round 1 clash on BT Sport in the UK and Ireland, on SuperSport in South Africa, as well as free-to-air on France Télévisions and on beIN SPORTS in France.

The Cell C Sharks will be the first of the South African clubs in action when Harlequins travel to Durban for a Pool A confrontation on Saturday, 10 December, and later the same day, ASM Clermont Auvergne will host the BKT United Rugby Championship winners, the DHL Stormers, at Stade Marcel-Michelin in Pool B, while the Vodacom Bulls will begin their inaugural campaign against the 2022 EPCR Challenge Cup winners, Lyon, at Loftus Versfeld in Pool A.

Another heavyweight clash is scheduled for Saturday, 10 December when three-time finalists, Racing 92, and four-time champions, Leinster Rugby, go head-to-head in Pool A on BT Sport and SuperSport at the 25,000-capacity Stade Océane in Le Havre.

Then on Sunday, 11 December, EPCR’s newest free-to-air TV partners in the UK and Ireland, ITV and RTE, will be the respective host broadcasters for the Round 1 showdowns between Saracens and Edinburgh Rugby at the StoneX Stadium, and between Munster Rugby and five-time winners, Stade Toulousain, at Thomond Park, with France Télévisions providing additional free-to-air coverage of the Munster v Stade Toulousain Pool B contest.

Viewers in Wales will be able to enjoy free-to-air transmission on S4C when the Ospreys take on last season’s Gallagher Premiership champions, Leicester Tigers, at the Swansea.com Stadium on Sunday, 11 December in a Pool B fixture which will also go out on BT Sport and SuperSport.

The journey to next May’s Heineken Champions Cup final in Dublin will kick-off on Friday, 9 December when London Irish, making a return to the top flight for the first time since 2012, are pitted against the TOP 14 holders, Montpellier Hérault Rugby, at the Gtech Community Stadium in Pool B.

The EPCR Challenge Cup also gets under way on Friday, 9 December with the 2020 winners, Bristol Bears, opening their Pool A campaign against USAP at Stade Aimé Giral, and with the 2017 winners, Stade Français Paris, taking on Benetton Rugby at Stade Jean-Bouin. Then the following day, Section Paloise host newcomers, the Toyota Cheetahs, at Stade du Hameau in the south-west of France live on SuperSport.

Following the RFU’s decision to suspend Worcester Warriors from all competitions, EPCR is unable to include the club in the match schedule. Details of the affected Pool B matches involving Emirates Lions and Benetton Rugby are therefore yet to be confirmed. 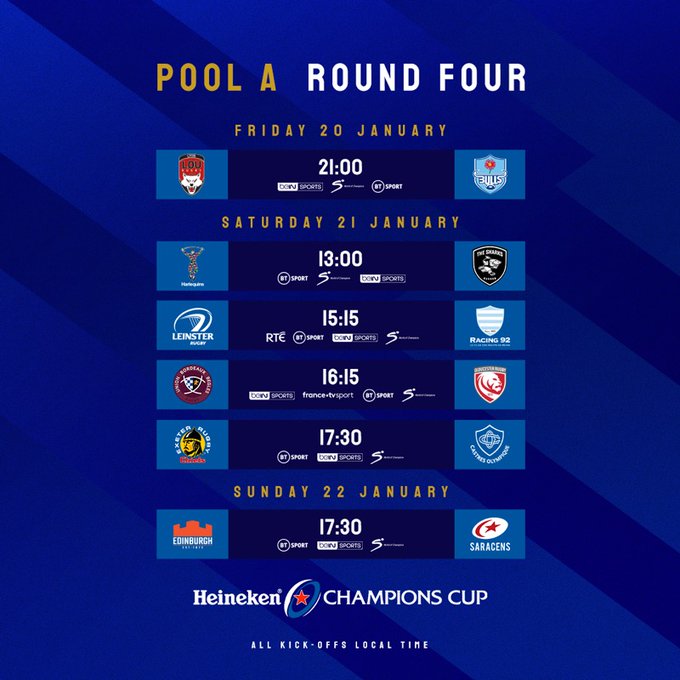 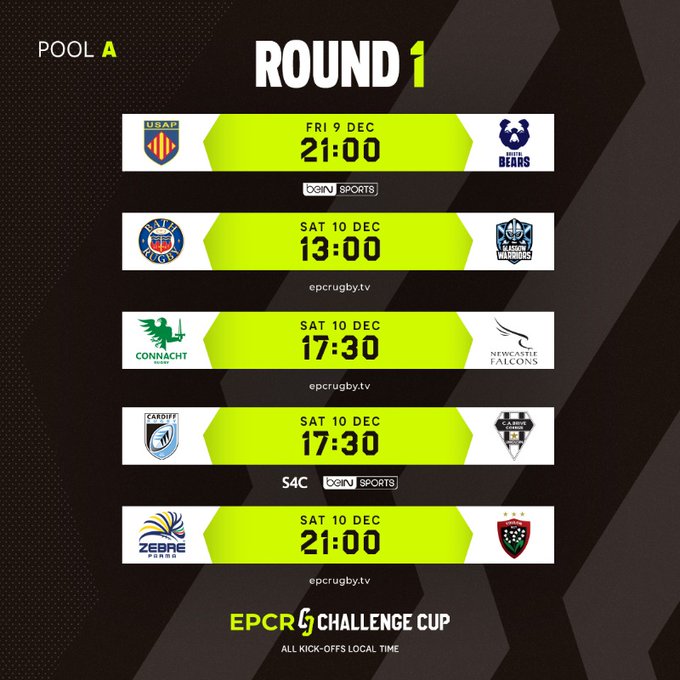 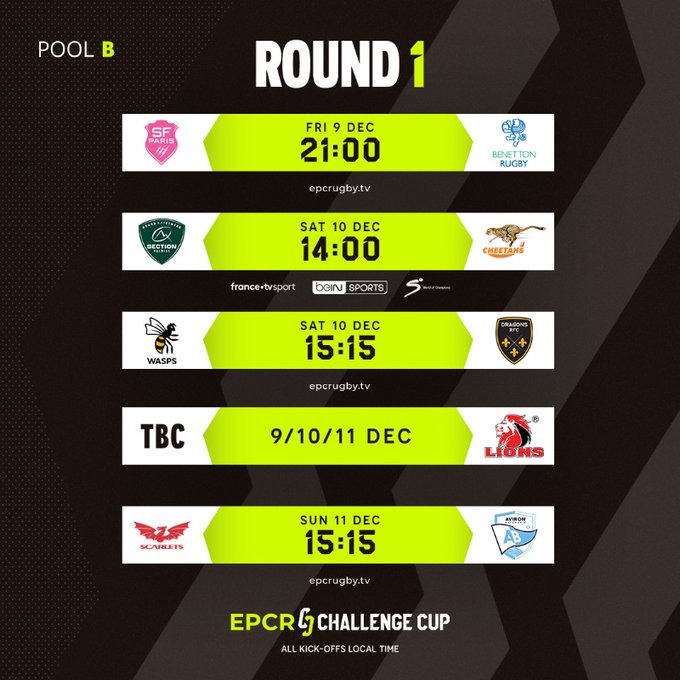