Jake McIntyre will leave the Reds at the end of the season, with French Top 14 club Agen announcing they have secured his services for the 2017-18 season.


McIntyre was touted as Quade Cooper's long-term replacement after coming through the ranks as a promising Australian Schoolboy representative but the Queensland attack failed to flourish under his guidance last season.

He is a solid player and his professionalism is top class but with Cooper's return and the rise of young playmaking gun Hamish Stewart, the Reds didn't want to part with any significant cash to keep McIntyre on the books for 2018 and beyond.

"He's someone that is a real professional with how he goes about his business so I was excited that he was able to pick up a contract and continue to play professionally.

"He's such a good bloke and it's difficult as a 10 here with Quade Cooper and Hamish Stewart coming up." 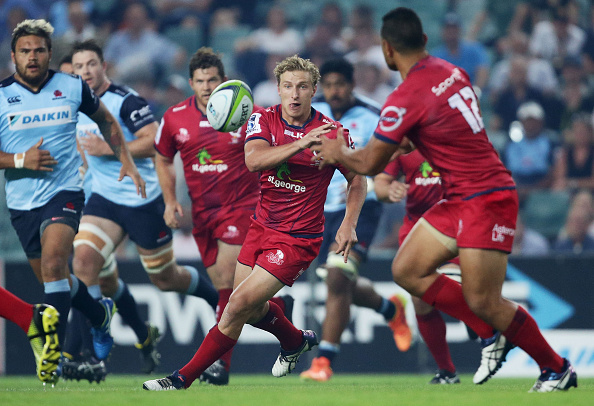