The Crusaders have been boosted by the return of All Blacks captain and no.8 Kieran Read for the big derby match this week against the Hurricanes in Wellington; a match that will establish the competition leaders at the top of the New Zealand conference.

Head Coach Scott Robertson has named a starting side that includes the return of three All Blacks for this game. Scott Barrett, Richie Mo'unga and Kieran Read all return to line up against the Hurricanes, which means Quinten Strange and Brett Cameron shift to the reserves.

The return of Read sees Whetukamokamo Douglas move to the blindside, and Jordan Taufua take Tom Sanders' spot on the bench, after Sanders dislocated his shoulder against the Waratahs last weekend.

The only other changes to the match day 23 see Mitchell Drummond return to provide cover for Bryn Hall at halfback and Oliver Jager set to play his first Super Rugby match of 2019.

Meanwhile, Hurricanes forwards Vaea Fifita and Ricky Riccitelli will make their 50th appearances for the club.

The pair have been named to start the match at Westpac Stadium in a largely unchanged side from the one which defeated the Stormers last round.

Senior players TJ Perenara and Ngani Laumape return to the Hurricanes starting XV after they missed the Stormers match.

They are the only changes Hurricanes head coach John Plumtree has made although there is one positional shift which sees Jordie Barrett move from the midfield to the right wing in place of Wes Goosen.

Goosen, who really impressed scoring two tries against the Stormers, has been named on the bench.

Riccitelli, who made his debut for the Hurricanes against the Brumbies in 2016, will start after Dane Coles was ruled out with a minor calf injury.

Fifita, who made his debut against the Blues in 2015, has again be named at blindside flanker.

The return of Perenara has seen Richard Judd move on to a reserves bench which features the recall of experienced prop Chris Eves and exciting young loose forward Du'Plessis Kirifi. 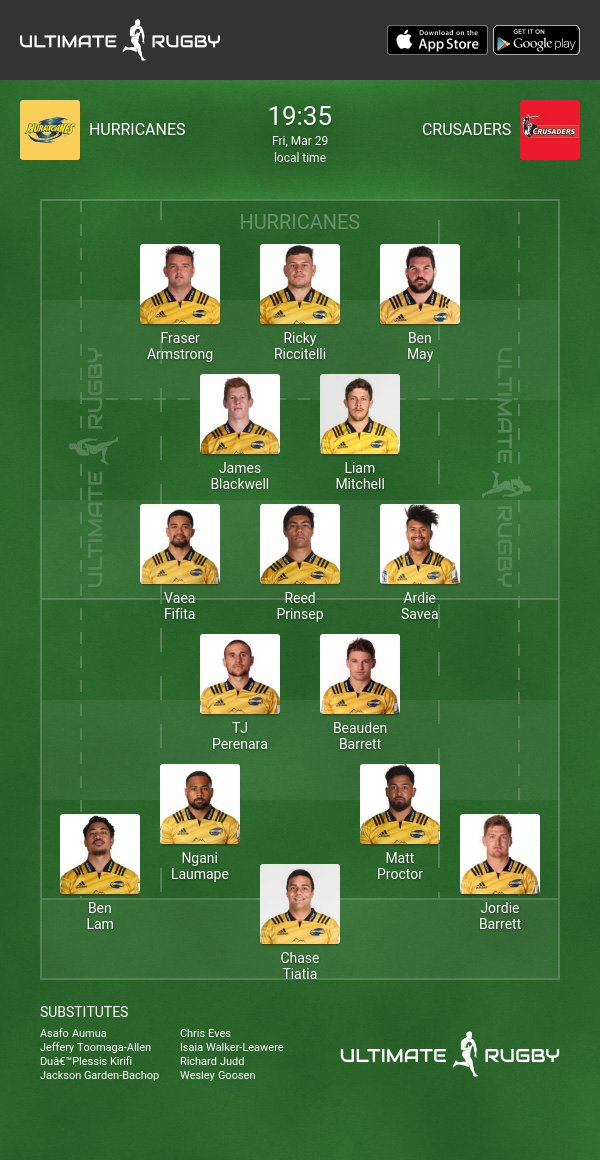 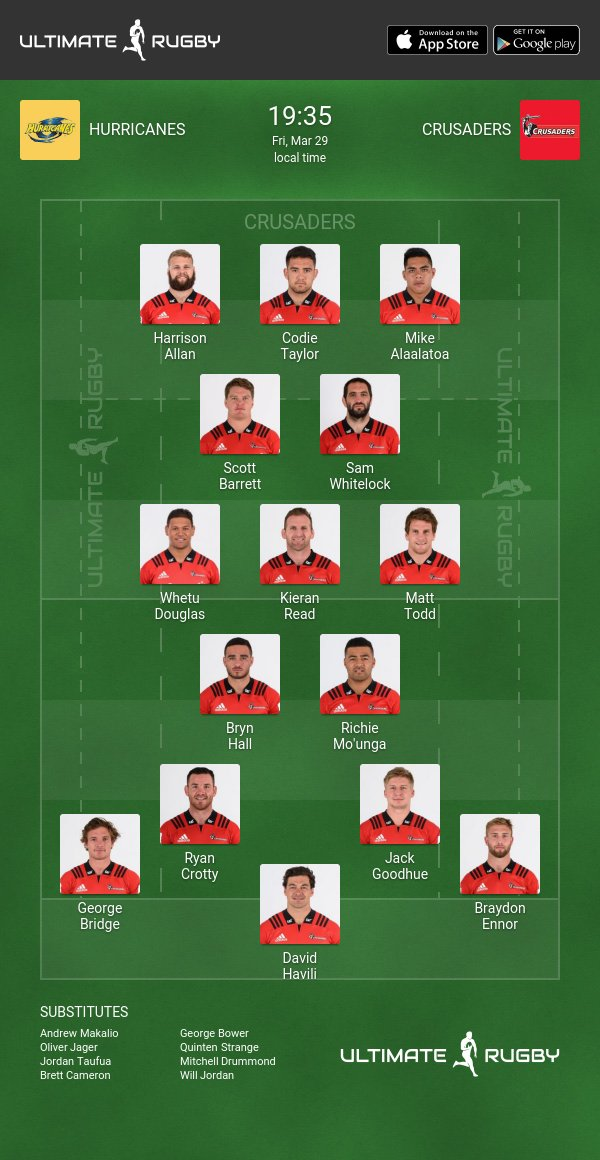