All Blacks Head Coach Steve Hansen said: "Any combination of players in our squad could have justified their selection.  But in the end we believe the 23 we have selected is the right group for this opposition.

"In today's rugby environment, you need to have the mindset that it's not just about who starts, it's also about what the players coming off the bench can provide. As an example, we have a great one-two punch with Dane and Codie at hooker and Aaron and TJ at halfback."

In the forwards, the starting front row is made up of props Joe Moody and Nepo Laulala and Coles, with impact coming off the bench from props Ofa Tuungafasi and Angus Ta'avao and Taylor.  The starting second row is 112-Test veteran Samuel Whitelock and Scott Barrett, with Patrick Tuipulotu providing support from the bench. The experienced starting loose forward trio is Ardie Savea at 6, Sam Cane in the openside flanker No 7 jersey and Captain Kieran Read at number eight, in what will be his 115th Test start.  Loose forward Shannon Frizell caps off a memorable All Blacks call up by being named on the bench.

In the backline, Aaron Smith and TJ Perenara are the halfbacks, Richie Mo'unga is at 10, with Ryan Crotty and Anton Lienert- Brown the starting midfield combination, with Sonny Bill Williams to provide added power from the bench.  The back three are the exciting George Bridge and Sevu Reece on the wings and Beauden Barrett at fullback.  Added experience comes from the bench in the form of 80-Test professional Ben Smith.

Hansen said the All Blacks have had a fantastic build-up in Japan since arriving ten days ago and there was a keen sense of excitement and anticipation ahead of the Rugby World Cup-opening Test.

"Since transferring from our camp in Kashiwa to Tokyo we have moved into Test match mode this week and our focus has been building throughout the week.  We've had a very good week's training in the heat and rain here in Tokyo, the facilities have been excellent and our Japanese hosts have been outstanding."

Hansen added: "The challenge of playing one of our oldest and most respected foes in the opening Test of RWC2019 has us excited and energised by what lies ahead.  Each time we play South Africa, it's a tight battle and a real arm wrestle.

"To perform at our very best, we'll have to play with real clarity, intent, energy and clear heads. Both teams will have their moments and it'll be our job to ensure we limit theirs and take full opportunity of ours."

Hansen said it was the perfect Test match to open the All Blacks' Rugby World Cup campaign.

"This is where we want to be and we're all looking forward to the challenge."

Hansen added that the team had loved the support from New Zealand fans back home and around the world, and especially those who had travelled to Japan.

"We have also been humbled by the support from the Japanese fans here and want to thank them for that.  We look forward to their support on the weekend."

The All Blacks and Springboks matchday 23s 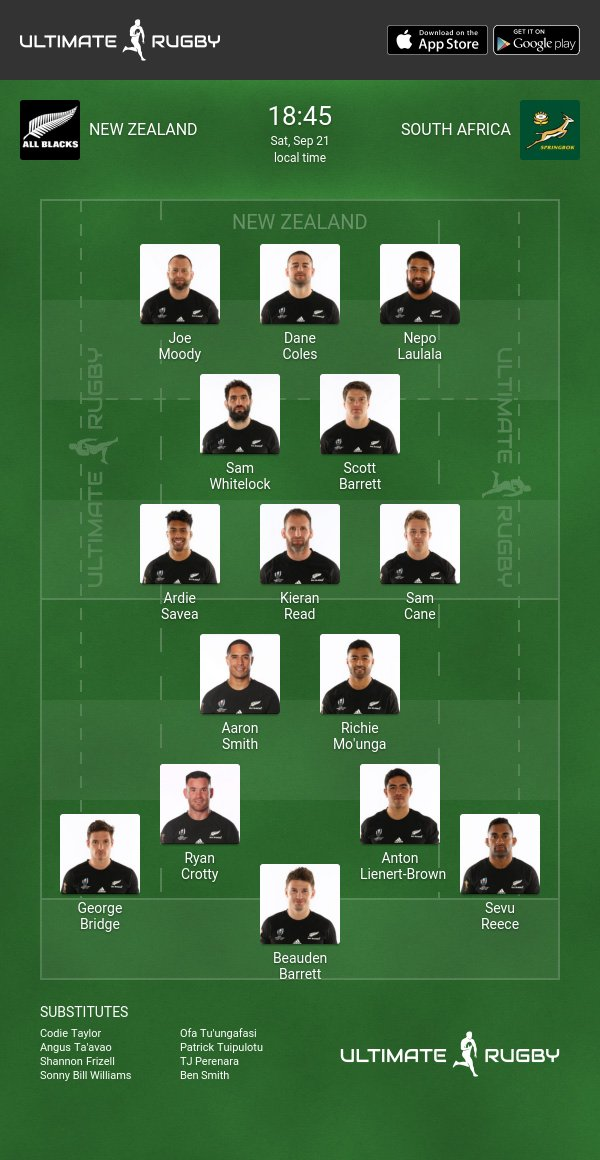 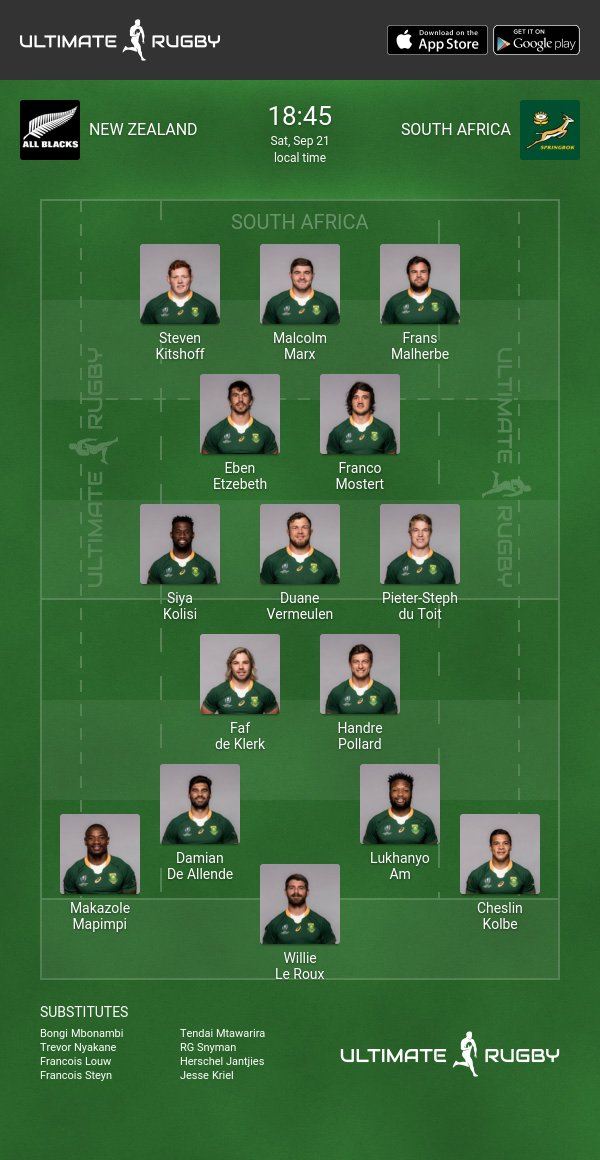