Wales have named their side for their final preparation match ahead of the RWC with captain Alun Wyn Jones returning to the starting line-up for the clash in Dublin against Ireland.

He will pack down with Jake Ball in the second-row with Aaron Wainwright, Justin Tipuric and Ross Moriarty comprising the back-row.

Wyn Jones, Elliot Dee and Tomas Francis are the starting front-row for Saturday’s game at the Aviva Stadium.

Tomos Williams and Rhys Patchell are named at half-back with Hadleigh Parkes and Jonathan Davies partnering at centre.

On return from Dublin, Wales will depart for Japan on Wednesday September 11.

“This is our final preparation match so it is important we get enough rugby into us, get rugby ready ahead of our RWC opener against Georgia which is just over two weeks away,” said Wales head coach Warren Gatland.

“It is important we hit the ground running in Japan and we give the players enough time on the field.

“Saturday is the first time these players would have taken to the field as members of the RWC squad, it has been a big week and it is a big opportunity for players to put their hand up and secure spots for the starting XV in Japan.” 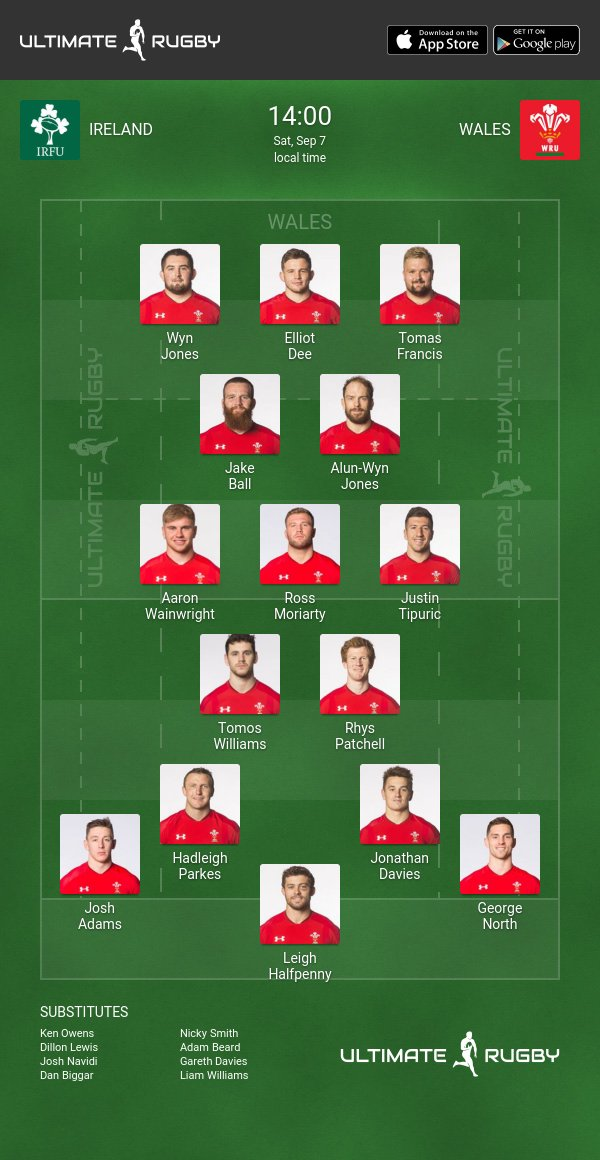