Barrett captains the Hurricanes while the Rebels welcome Haylett-Petty back

Beauden Barrett will captain the Hurricanes for a second time this season against the Rebels at Westpac Stadium on Saturday.

With Dane Coles unavailable and TJ Perenara on the second of his All Black rest weeks, Barrett will lead the side. Hurricanes head coach John Plumtree has made three changes from the starting XV from last week's impressive 47-19 win over the Chiefs.

With Perenara out, Richard Judd makes his second start of the season while Jeff To'omaga-Allen comes in at tighthead prop after Ben May has been ruled out with a minor injury. There is a first start for lock Isaia Walker-Leawere in what will be his 10th appearance for the Hurricanes since he made his debut against the Brumbies last season.

Plumtree has also made several changes to the bench after opting to go with a six-two forward-backs split. The experienced Toby Smith returns after several weeks out with a high ankle sprain while Alex Fidow comes in to the match-day squad.

The Hurricanes squad to face the Rebels is: 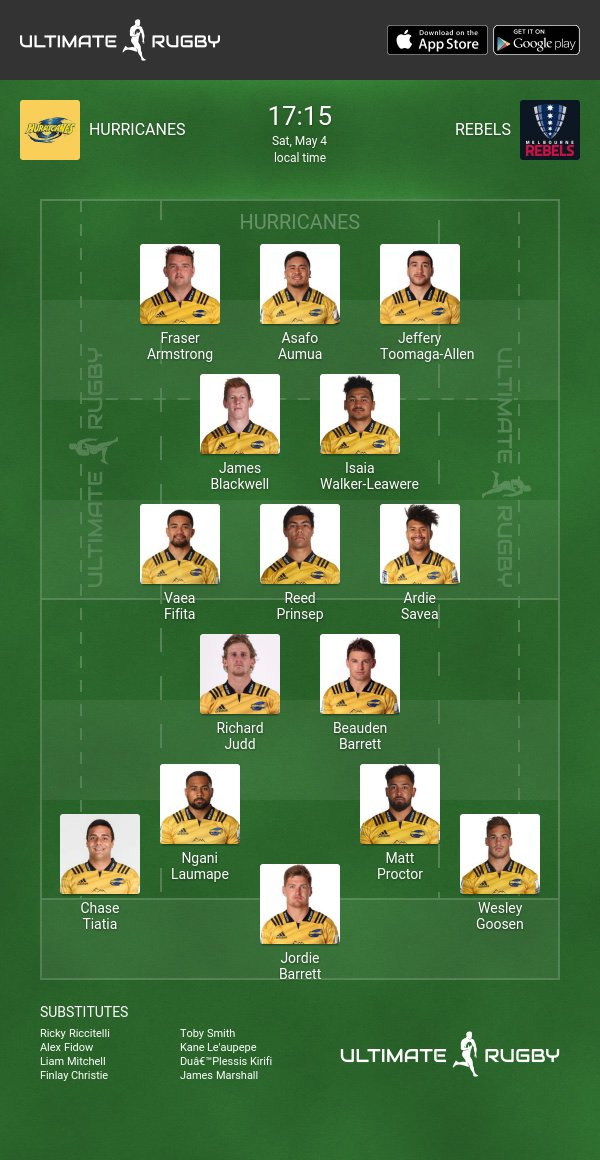 Melbourne Rebels Captain Dane Haylett-Petty and Vice-Captain Angus Cottrell have been named to make their return to the Rebels’ starting XV to face the Hurricanes in Wellington.

Haylett-Petty has successfully rehabilitated a foot injury sustained in Round 5 against the Lions, while Cottrell has overcome concussion to become available for selection in the Club’s Trans-Tasman fixture.

While the Melburnians regain two-star players, the side has lost starting lock Adam Coleman, who has succumbed to injury.

Coleman’s absence has caused a reshuffle in the second row, with Luke Jones moving from flanker to lock, while Rob Leota has replaced the injured Richard Hardwick at Seven.

Positionally, Tetera Faulkner has been promoted to starting prop and Reece Hodge has moved to centre, leaving Matt Gibbon and Billy Meakes to start on the bench.

Victorian forward Pone Fa’amausili has been selected in the reserves, while Haylett-Petty’s return has resulted in centre Sione Tuipulotu being squeezed out of the side. 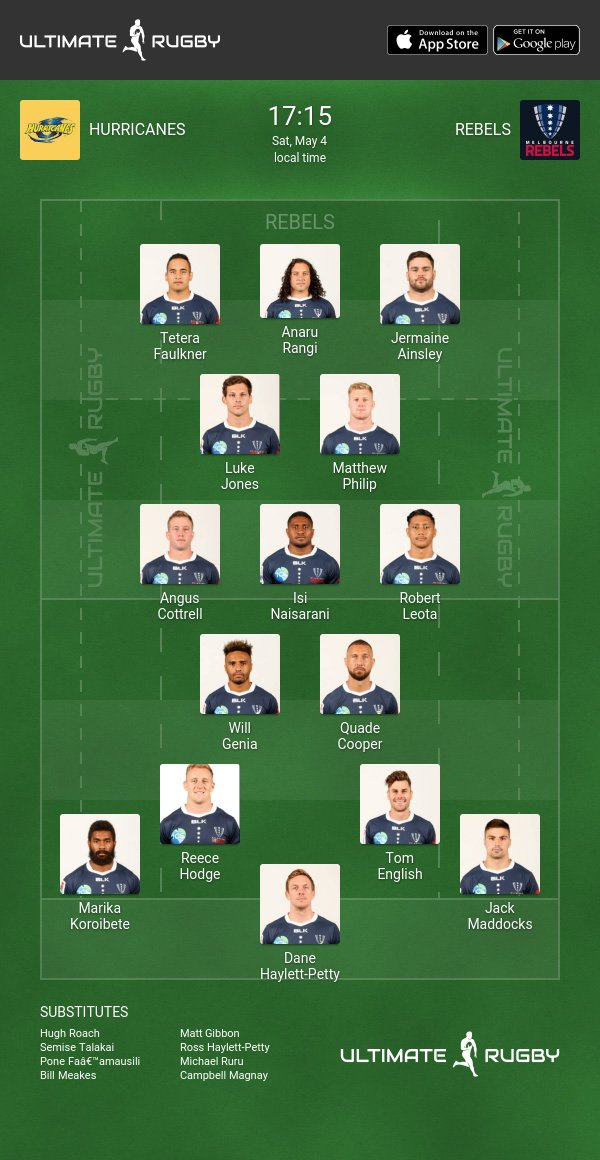